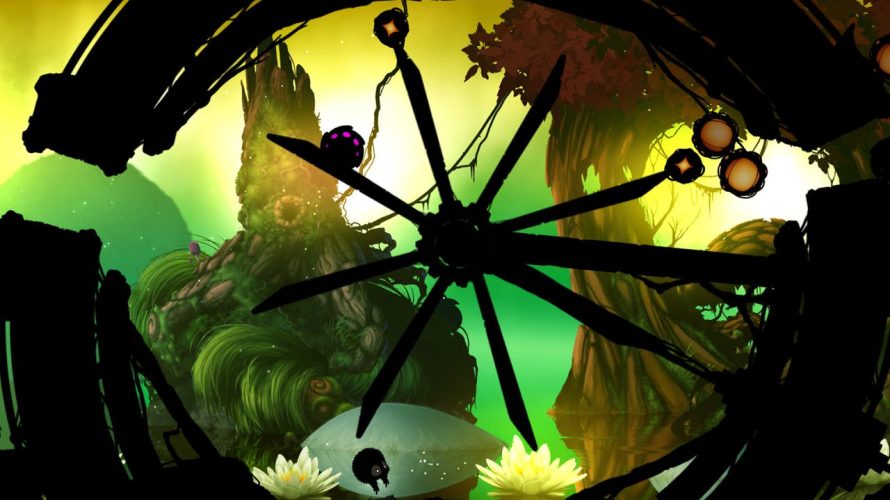 This is certainly a nice surprise for Android gamers. It took a while, but since they decided to release it as F2P, I’m sure most will find that it was worth the wait. Following a slew of content updates, BADLAND now packs 80 (40 for free) single player levels and 21 (4 for free) for the multiplayer crowd. Oh right, by free I mean… with ads. So with that in mind, let’s look at the pricing model, eh?

For those not familiar with BADLAND, it’s a side-scroller set in a dark and twisted forest. As one of its inhabitants, the player is tasked with figuring out exactly what’s going on, and what caused this. Won’t be easy, as this place is full of traps, but the challenge is part of the fun; besides, what’s an adventure without a bit of trouble along the way? Boring, that’s what!

There is also a link to a ‘coming soon’ online store in the game. The shop will open the second week of December and players will then be able to order real world BADLAND goods such as phone cases, T-shirts and posters.

But I’m sure you’re more interested in whether or not the price is right, so to speak. Honestly, I’d say it is since you get as much as half the single player content without having to spend a single cent. Getting rid of advertisements will cost $0.99, while the full game is $2.99; $1 less than the iOS version, I might add. Pricing alternatives have been listed below.

BADLAND is available for Android from Google Play and iOS from iTunes. A Kindle version is ‘coming soon’, at which point I’ll update with a link.