What’s this? Could it be… why, of course: it’s another Groupees team-up, this time with Dan Long and no less than eight games have been bundled for cheap. The lineup? Oh, it includes the first two episodes of Cognition along with Frayed Knights – you know what that means, right? It means you should buy it right now!

Unlike their previous outing, this one’s divided into two tiers, $1 and $4, but you should know how that works by now anyway. As always, the three extras – once unlocked – are included no matter which tier you go for, or how much you’re willing to spend (amount listed is simply the minimum). First one is PYROCLYSM, a game supposedly more difficult than Super Meat Boy and The Binding of Isaac (yeah right!). Time will tell what the remaining two are. Also, since quite a few bundle participants are on Greenlight, REMEMBER TO VOTE! Got it? Great, onto the games then! 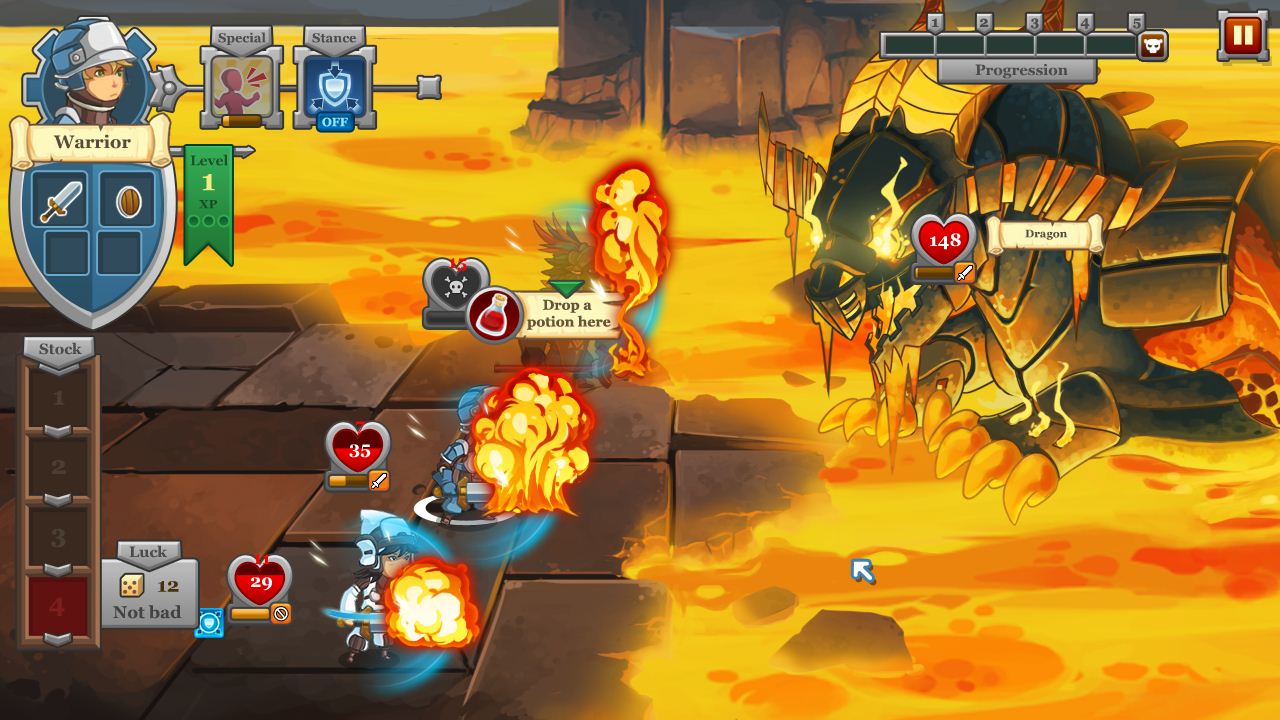 QuestRun + Soundtrack (Windows, Mac, Linux – Desura, DRM-Free) Greenlight
You love RPGs but you don’t care about dialogues and scenarii ? QuestRun is for you! Run through various dungeons in this tactical fast-paced game, try to go as far as you can with your heroes, die in agony and try again! Try new strategies, new heroes, choose new perils, and die anyway! Discuss your unfair death with your friends or complain on a forum! That’s what we aim for! 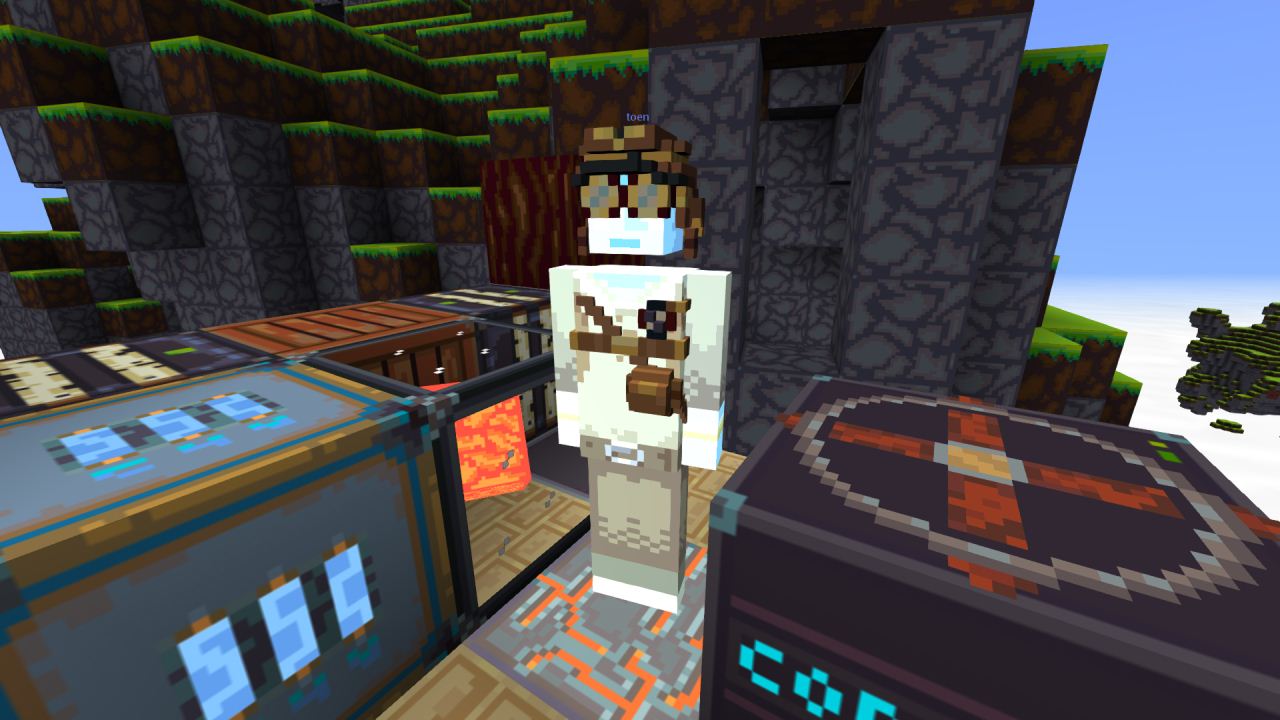 Sky Nations (Windows) Greenlight
Sky Nations is a multiplayer sandbox game set in a world of floating islands and air ships. Players can construct air ships as they adventure across procedural maps full of different islands and structures. Each island type containing different materials and loot which can be crafted into useful items for your ship and character. 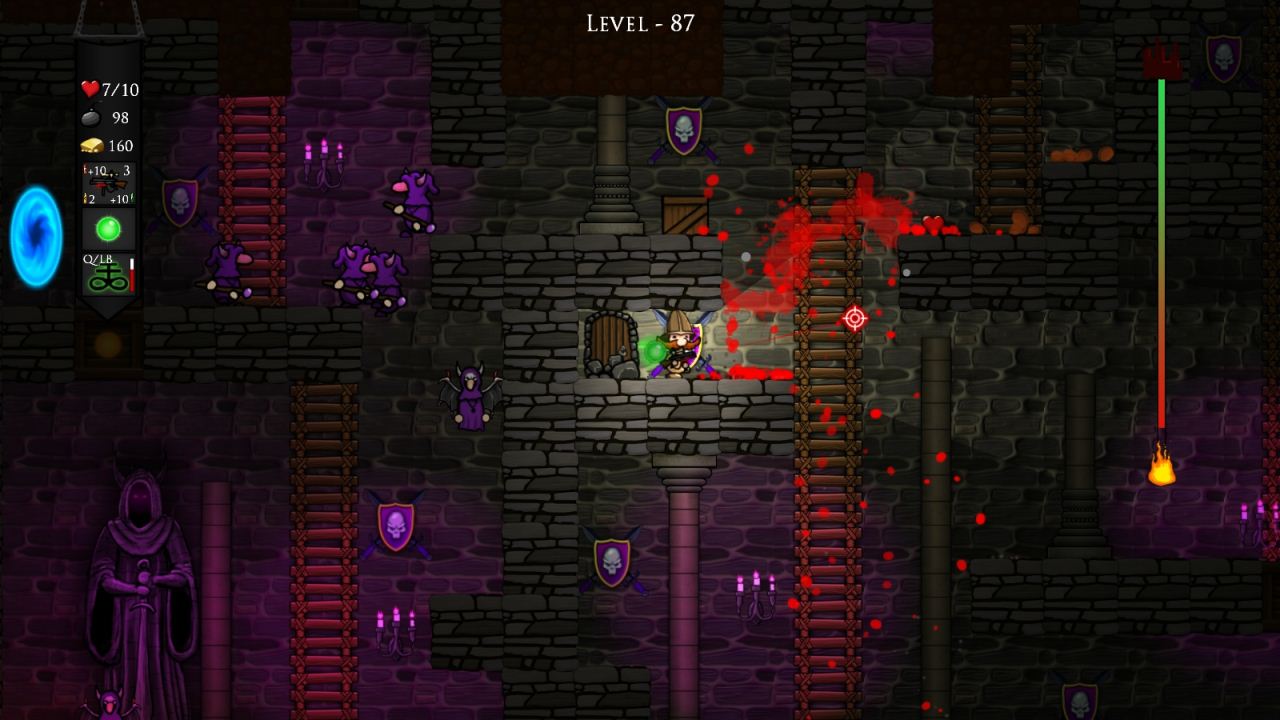 99 Levels to Hell (Windows, Mac – Desura, DRM-Free) Greenlight
99 Levels to Hell is a rogue-like, which means surviving is key and every time you play you get a new set of levels to play. When you complete 10 levels, the 10th being a boss-fight you unlock a door to the next dungeon. Hidden in the darkness of the dungeons are shops, casinos and elevators. And if you search the dungeons carefully, you might find secret rooms that unlock more of the story, and free new adventurers, you can play as in your next game. 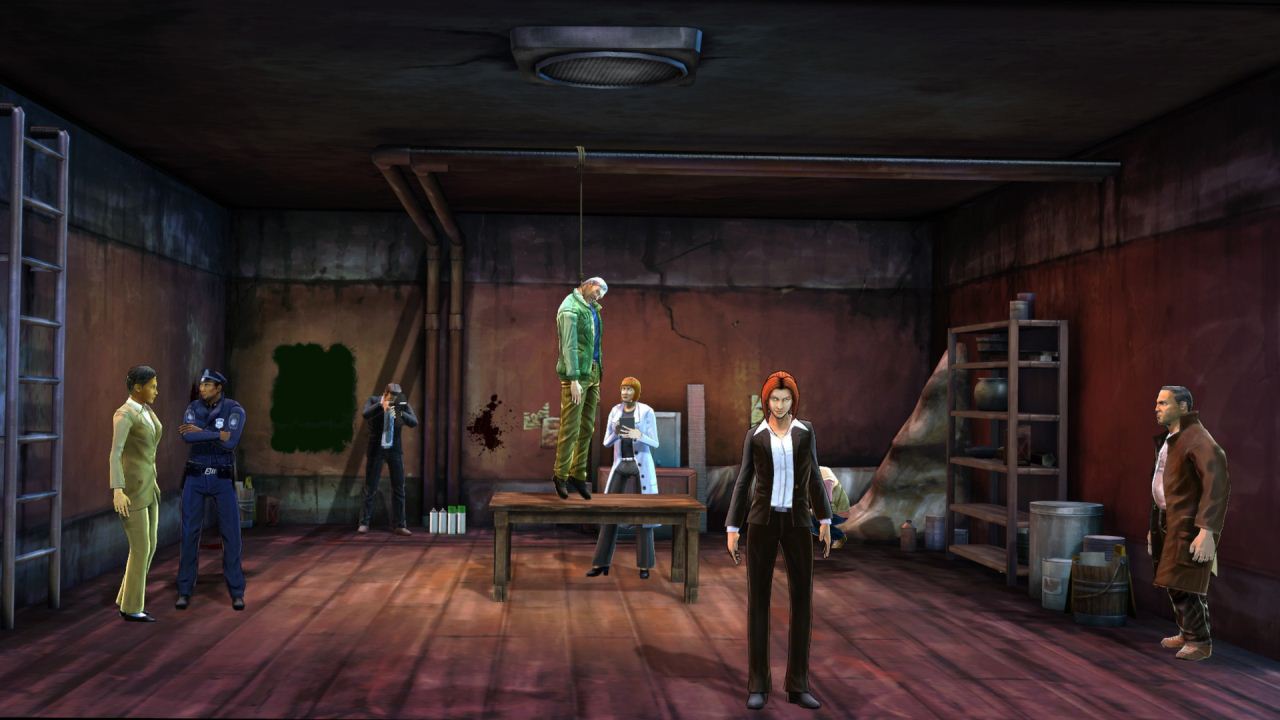 Cognition Episode 1 & 2 (Windows, Mac – Steam, Desura, DRM-Free)
FBI agent Erica Reed has an uncanny talent: she can see the past and piece together how a crime unfolded. But not even this sixth sense could save her younger brother, Scott, from a brutal serial killer. Three years later, the investigation into Scott’s murder has gone cold – but Erica’s work has only just begun. 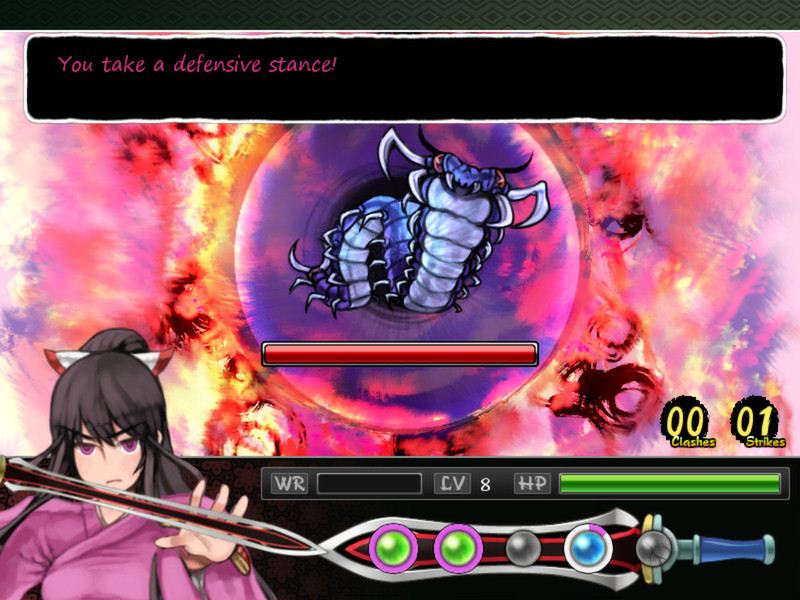 99 Spirits + Soundtrack (Windows – Steam, DRM-Free)
Hanabusa is a young headstrong girl living in the Heian capital within medieval Japan. But when her mother is slain by evil spirits, her life turns into one of vengeance as she sets out to hunt and destroy the spirits. 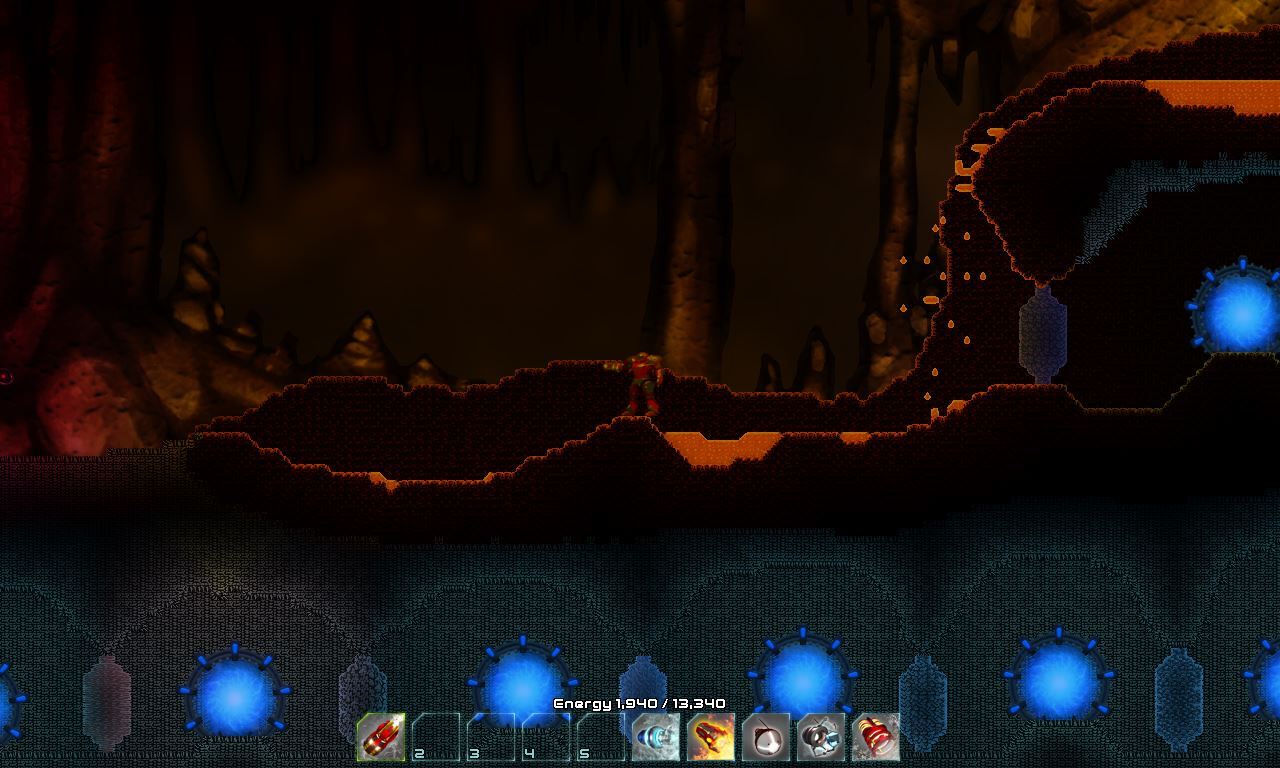 Asteria (Windows) Greenlight
Asteria is a fast paced indie platformer, wrapped up in a sandbox sci-fi world where everything is destructible, mineable, collectable, craftable and creatable. You play Ryker: the only surviving human colonist after your people were wiped out by local aliens. Now you’re stranded on Asteria, with no means of escape. This isn’t just about survival, it’s about revenge. Build your safe haven and go track down the aliens who destroyed your colony. 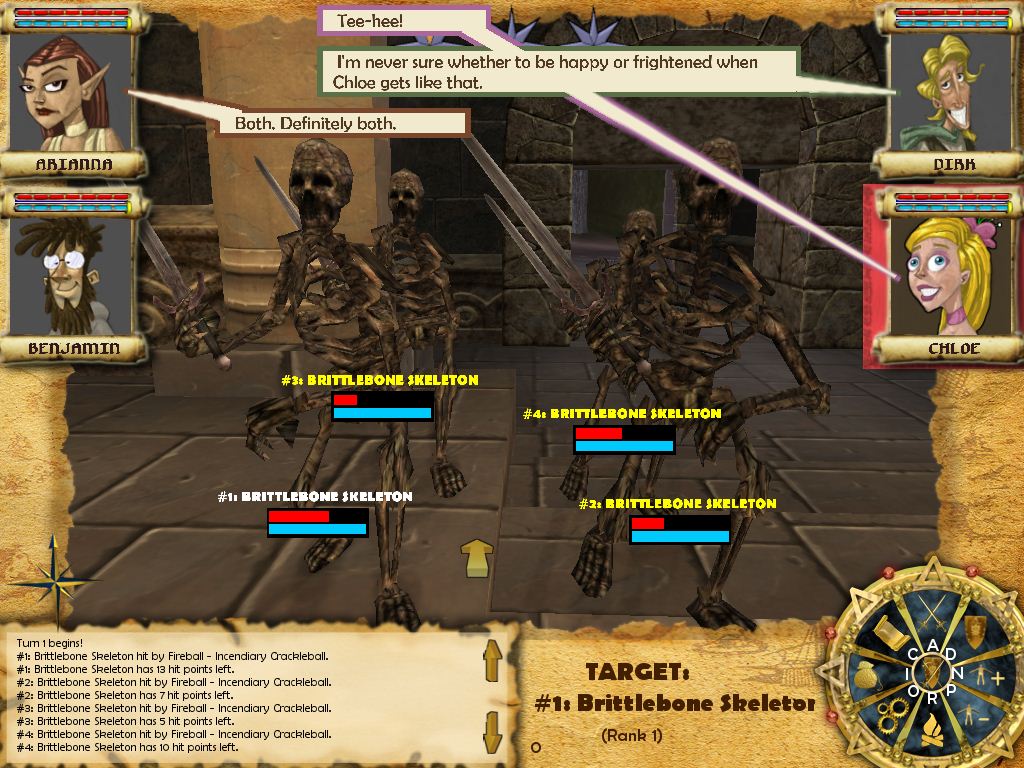 Frayed Knights: The Skull of S’makh-Daon (Windows – Desura, DRM-Free) Greenlight
In a world of jaded heroes and veteran adventurers, you play a team of misfits: Arianna, a dainty warrior with an attitude problem; Dirk, an adrenaline-junky rogue who doesn’t seem to understand the word ‘subtle;’ Benjamin, a nature-priest and an ill-suited newcomer to the adventuring lifestyle, and Chloe, a ditsy sorceress with a love of cute, fuzzy animals and setting her enemies on fire.

Don’t forget that Groupees’ Dan Long Indie Bundle will only be available for little less than eight days, so don’t wait too long; unless you enjoy paying full price for indie games, that is. Nothing wrong with that, but since a bundle has been made available and all – might as well, right?