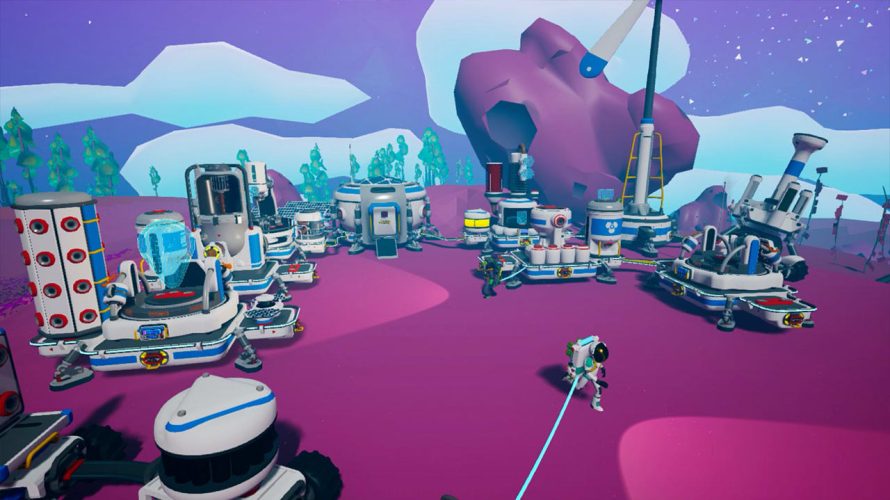 Exploring the vast depths of space can be a daunting affair, even with all of the tools at your disposal in Astroneer. Having reviewed the original (PC) version favorably back in 2019, it’s hardly surprising that I am more than a little excited about its upcoming Switch port, and not just because it will let fans – new and old alike – take their astronaut adventures with them and boldly go where no man has gone before.

Given the game’s age and popularity, many have already ventured to the far reaches of space, either alone or with friends, in Astroneer. But you see, the Switch version will actually feature exclusive content, only no one but the developer knows just what until pre-orders go live. Oh, speaking of which… there’ll be pre-order bonuses of some sort too.

That said, to quote the post about the Switch reveal: “The game on the Switch will be the full game that you can also play on Steam, Xbox, and PS4.” And yet, in that very same post, exclusive content and pre-order bonuses are mentioned. Guess they’re referring to things like gameplay and features more than content, although chances are the exclusive stuff is going to be things like cosmetic items, not equipment or brand new planets to visit. Just wouldn’t make sense, you know?

With a little luck, this third (and likely final) console port will be a smash hit for Nintendo and space sandbox fans when it hits the lovely little hybrid that is the Switch, next year. With more than a little luck, the 30 FPS portrayed in early gameplay footage might even change to 60, although even at 30, it looks perfectly playable and every bit as fun as the other (console) versions. We’ll just have to wait and see, on both accounts.

Astroneer will be hitting Switch in 2022. Currently available on Steam, PlayStation 4, and Xbox One/Series X|S.