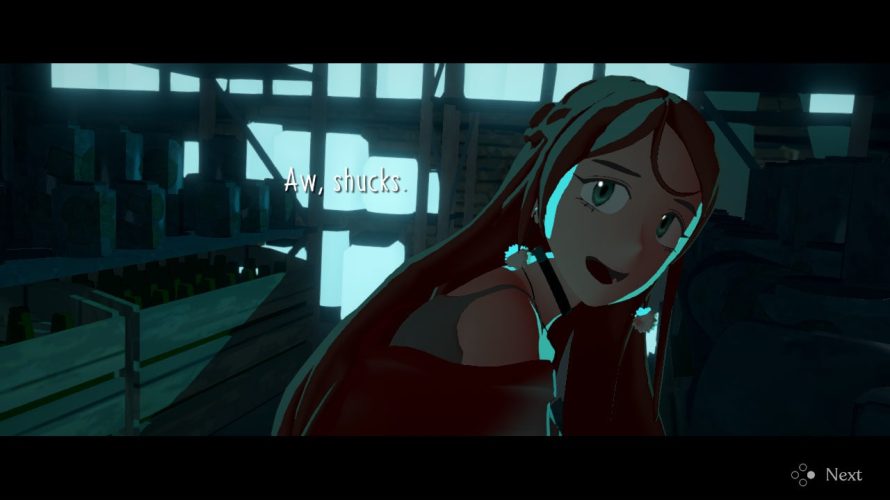 The dead sure got it rough, but maybe one final cup of coffee at this here back-alley Melbourne café can help make the journey easier? Oh, and rumor has it the brew is even better in the expanded Necrobarista: Final Pour, which also marks the game’s Switch debut.

So what exactly is new and groovy in this expanded version of last year’s Necrobarista? Well, for starters, the visuals have been overhauled and the experience is now portrayed in a so-called ‘cinematic aspect ratio’, containing multiple hours of never-before-seen content, additional modes, more music, and new environments to explore. Phew. That is indeed a lot. Best of all, it won’t be exclusive to the Switch version – that one’s just getting it right now while PC and Apple Arcade fans will have to wait a couple of weeks.

That’s not all either, as those looking to get creative with Necrobarista: Final Pour are in luck, its brand new Studio Mode enabling players to create and edit scenes in-engine. Very interesting. Meanwhile, Ashling Doodle Mode enables the creation of brand new patrons, so anyone with a story to tell and an interest in the finer brews is likely going to have fun with those tools.

An undeniably impressive amount of new content – especially considering the lack of a price tag. So, who’s ready to present a Final Pour for the last night of the living dead?

Necrobarista: Final Pour is available on Switch with a $21.99 price tag. Will be hitting PC and Apple arcade as a free update.