Have you ever played an RPG that seemed like it would be one helluva ride from the very beginning? Where it seemed like a great adventure would unfold, and each obstacle overcomes made you feel like closer to fulfilling a great destiny? Because that was exactly how I felt as I started playing Anodyne, an old-school RPG from Sean Hogan and Jonathan Kittaka. It wasn’t long before I was reminded though, that first impressions are sometimes just that.

When I first jumped into the shoes of Young (the main character in Anodyne), I was met by an overwhelming sense of nostalgia. Visuals reminiscent of the SNES era, dialogue that made a noise as it scrolled, and as I stepped onto the teleporter, I saw that classic swirling transition effect – almost like in A Link To The Past. As I emerged, a cloaked man greeted me and explained why I had been summoned to this place: an evil being was searching for The Briar, and in order to stop it from being used for great evil (well, duh), I had to reach it first. Not one to turn down a request for help, I went through the portal as instructed, and began my search for The Briar. 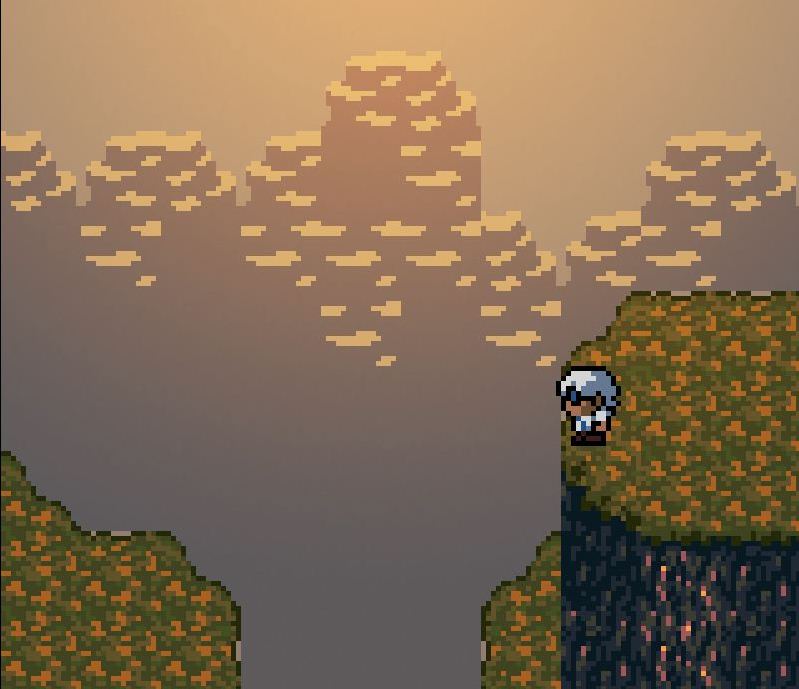 It’s a good thing that the game had an on-screen minimap, along with a larger map in the pause menu, because otherwise I would have gotten lost far more than I did – this place was huge! Teleporters were placed at important locations throughout the world, so the amount of exercise Young got on this journey was far from excessive. Each had to be activated manually prior to use, but it still beats walking when revisiting areas!

At first, everything seemed like it would be a walk in the park, with basic enemies to deal with and simple ‘defeat all enemies in the room to make the gates open’ puzzles, but that level of simplicity didn’t last long. New gameplay mechanics were introduced one after another and most of the time the game had the courtesy to explain how to use/do this or that, which meant that I had little trouble progressing during the early stages. But suddenly the game decided it was time for me to figure everything out on my own instead, and while i personally had no problem with this, it’s highly doubtful that everyone will feel the same way.

On the other hand, a little thinking never hurt anyone, and it’s not like I ended up with the ‘game over’ screen simply because I couldn’t figure out how to solve a particular puzzle or where to hit an enemy to cause damage. I do however wish those ridiculous jumping and moving platform sections had been left on the drawing board, or that falling over the edge didn’t cause me to lose health. It would have made for a much less frustrating experience overall, especially since getting hit causes you to stumble backwards! I’ve lost track of how many times this resulted in me falling over the edge and into the darkness below; or rather, back to where I entered the room/screen. 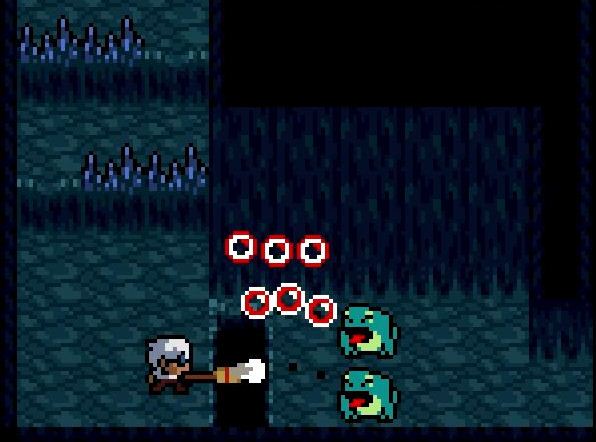 Look at the screenshot above. Notice how, for some ridiculously stupid reason, the enemies are positioned so that there’s very little room between them and the gaps in the floor? Oh and look at that lovely ranged attack. Bubbles! How hard would it have been to give the player just a bit more room for maneuverability? Had this been the only case of bad enemy placement, it would have been tolerable, since I got past them eventually. Sadly, it was far from the only occurrence of having to jump around like a ninja after drinking 15 cups of coffee, just to avoid being bubbled into a pit by frogs.

It would also have helped if there was an easy way to replenish your health, like potions or similar items, but in Anodyne you only have two choices: kill an enemy and hope that it drops a health gem (used when picked up) or reach an inactive checkpoint/save location, which will refill your life bar. Adding insult to injury (no pun intended), dying causes every enemy (including mini-bosses) to respawn! I tested this by walking through several rooms, killing everything inside and then saving, after which I killed poor Young. Upon continuing from that very checkpoint, every single enemy had been brought back to life! At least the puzzles remained solved… 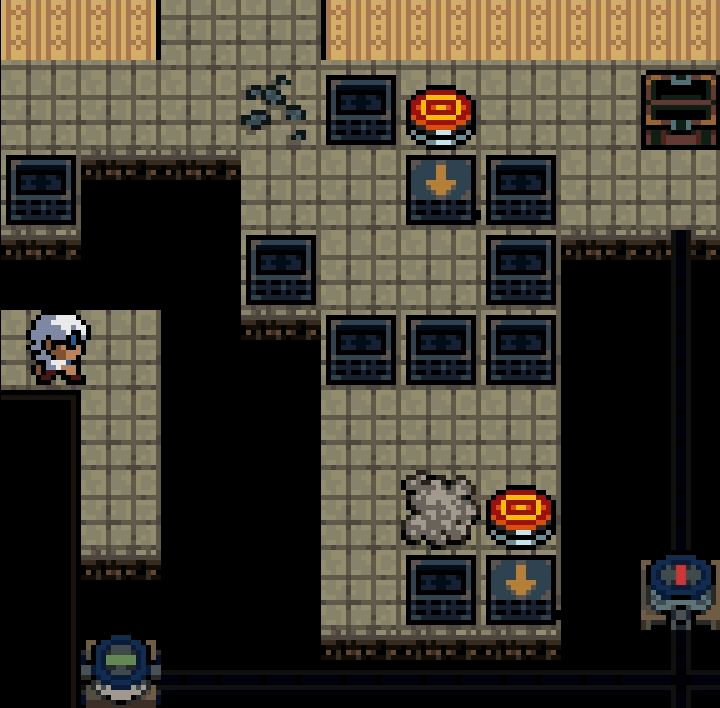 Apart from those issues, combat in Anodyne didn’t cause much grief. Even during the early stages, where my weaponry was limited to a basic (and dull) broom. What? No, I’m not kidding: that’s your first weapon – a broom! It wasn’t just for cleaning your opponent’s clocks either (get it?), as it was used to solve more than a few puzzles. For the most part, these were fun and simple enough to figure out, but there were also some really tricky sections where timing was essential (I hate such puzzles). Having to jump off a moving platform to perform an action elsewhere and then make it onto that same platform before it’s moved out of reach… not exactly my idea of fun.

Just like every drunk must have his drink, every dungeon must have its guardian/boss (speaking of things that aren’t fun) and Anodyne was no exception. These came in many different shapes and sizes, but for some odd reason, the first one caused me the most trouble of the lot, due to the annoying over-the-edge problem I mentioned earlier. Not that the ones following were easy as pie compared to that guy mind you, and as I said: some kind of consumable to restore lost health mid-battle would have been a very welcome addition; especially since some attacks were nearly impossible to dodge, even if their patterns were easy enough to figure out. At least none of the encounters were far from a checkpoint, so failure didn’t mean having to fight through hordes of enemies before getting another shot at it (remember: enemies respawn when you die/reload a save). 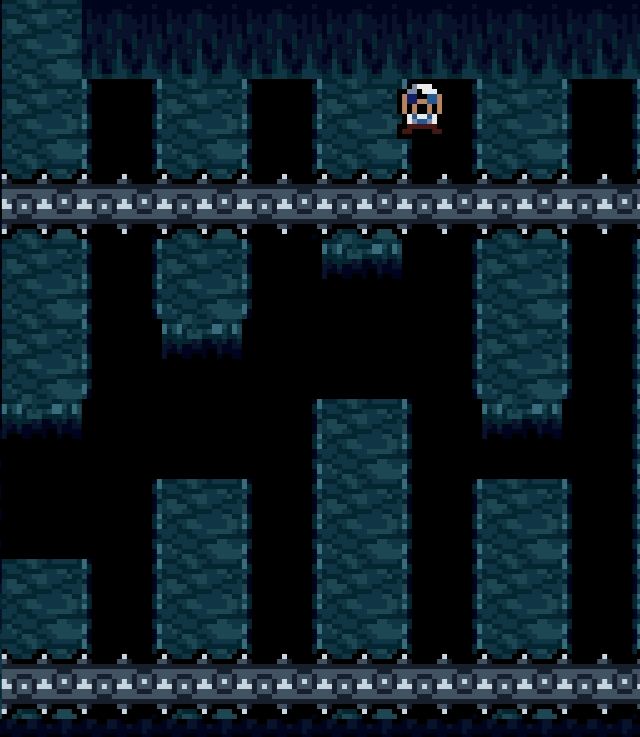 As I’m sure you’ve noticed by now – unless you simply jumped down to this paragraph – I didn’t dislike Anodyne, nor did I find it to be a terrible game, but… it’s got issues. While none of them made the game downright unplayable, they did make for a more frustrating experience than one might initially think. Some can probably be fixed with an update while others might simply be a lack of skill on my part, like the tricky platforming or that one boss battle.

With all that in mind, if you don’t think the issues brought up here will be a problem and/or you like the challenge they add, I’d recommend Anodyne. It’s available from the official website and Desura. At least try the demo, eh?