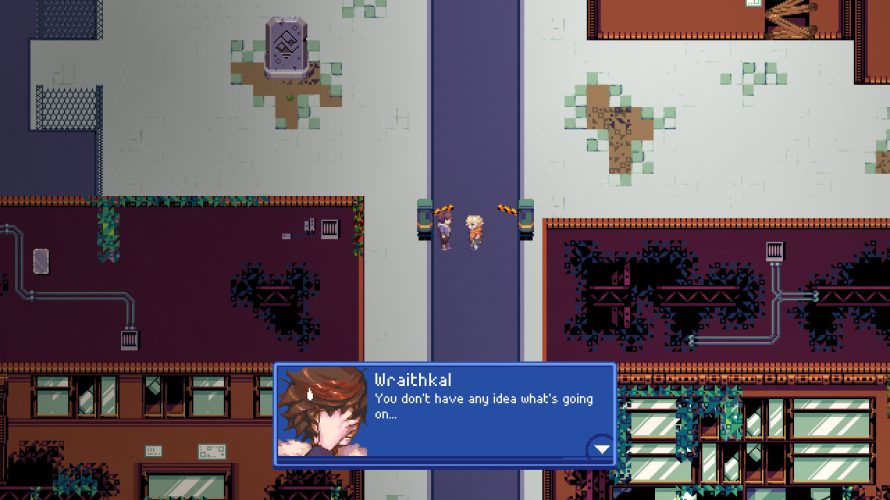 When a video game starts with the player waking up in a hospital bed, it’s immediately clear that something has gone very wrong. There’s no way around that, and Nocturne: Prelude cranks this up to eleven, its protagonist having perished before we’re even able to control his actions. Now, as for how he’s able to wander about: his conscience has been uploaded to a digital world. A world gone horribly wrong.

The prospect of a digital afterlife is undeniably enticing, but as I’ve already mentioned, the world our protagonist now finds himself in is not exactly a paradise: a sentient AI has taken control of everything, a nasty corruption spreading, and twisted creatures roam the land. In fact, I’d say it probably doesn’t get much worse than this, so… time to fight back! What, you expected something different? Ha! Our nameless (as in, you get to name him) protagonist might not have a clue as to what’s going on, but as it turns out, he has a bit of a unique skillset – one that lets him fight said creatures with music. No, really. 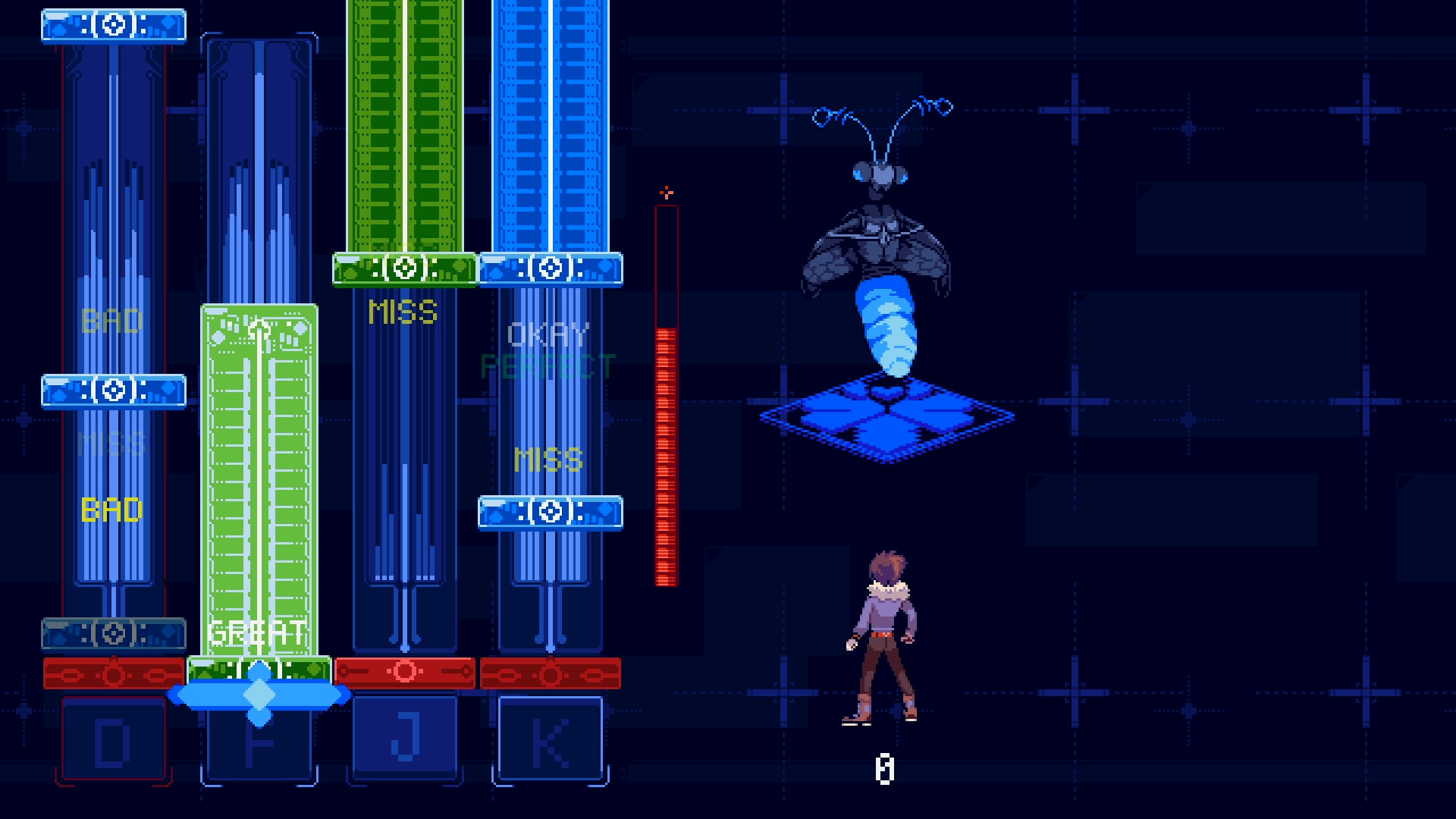 Whenever you encounter an enemy, which will happen seemingly at random as you wander about the world, Nocturne: Prelude changes to something akin to the likes of Guitar Hero, putting your rhythm skills to the test. These battles, while brief, can actually prove rather challenging, should you decide to crank the difficulty all the way up. Which I would strongly recommend against unless you’re downright in love with the game over screen. Far as I can tell, there’s no penalty for playing on ‘easy’, and you don’t lose out on anything either. As such, after getting completely annihilated from a single bout on ‘zen’, I had no problem reducing the difficulty to ‘easy’. At all.

Make friends, battle enemies, and traverse a beautiful world as it falls apart around you. The perfect balance of heart-pumping musical combat, magnificent worldbuilding and deep story.

I’m sure that, given enough time and practice, I’d be able to take on ‘zen’ and absolutely demolish every which foe that stood between me and that AI. Maybe I’ll do that in the full version of Nocturne. We’ll see. Throughout this prologue, however, I opted for less challenge so that less time was spent restarting from checkpoints and more on the story. While combat did bring about a neat twist or two, including notes you are actually supposed to ignore, it definitely takes a backseat to mystery-solving and, you know, saving the digital world from the evil AI (at least, I’m hoping that’s where the story is going). I did mention how the AI was pretty much a digital dictator, right? Right.

Now, while the game doesn’t feature a leveling system, equipment management is still part of the experience, and seeing how certain items directly affect your combat prowess… you’d be silly not to wear the most powerful gear you can get your hands on – digital or not. Speaking of which, the whole ‘digital world’ aspect is further emphasized by the inclusion of an arcade mode, which is where you’ll be able to repeat battles with any foe previously encountered. For fun, to practice, or in an attempt to get an even higher score. All valid reasons. Just don’t forget about the story – or the other inhabitants of this place – as you lose yourself to the funky beats.

Nocturne: Prelude (aka. ‘the prologue’, or ‘a taste of things to come’) is available for free on Steam.