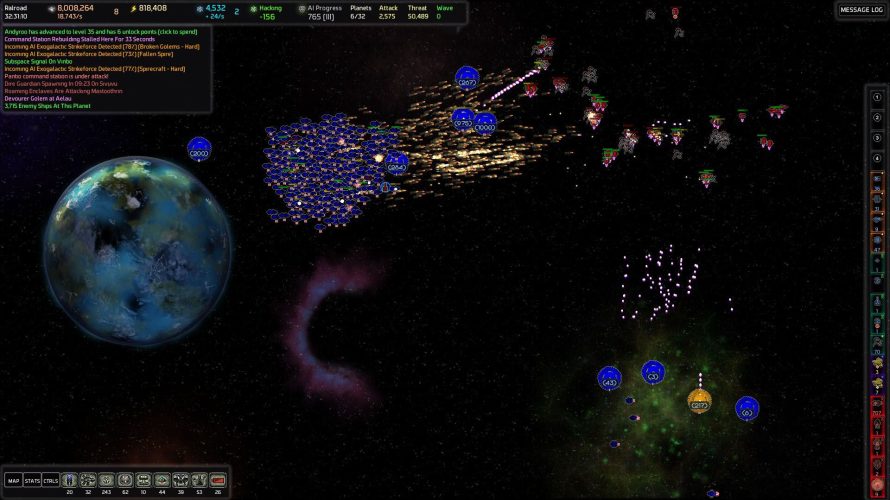 It’s not every day an indie developer releases a huge update for a five-year-old game and a sixth(!) expansion for said title. Yet that’s exactly what Arcen Games just did with Destroyer of Worlds for their incredibly complex strategy title, AI War. How’s that for generous post-launch support?

To say that AI War: Fleet Command – aka. the original game – is a complex experience, would be a massive understatement. A wide variety of strategies can be put to use against this mysterious ‘AI’ opponent at any given time, and the battleground is… well, very vast. Not just a tiny portion of space, but entire bloody systems. Which you’ll have to defend against frequent attacks. Yup. Fortunately, automated defenses do exist, although depending on how they’re used, you may or may not get a whole lot from their placement. 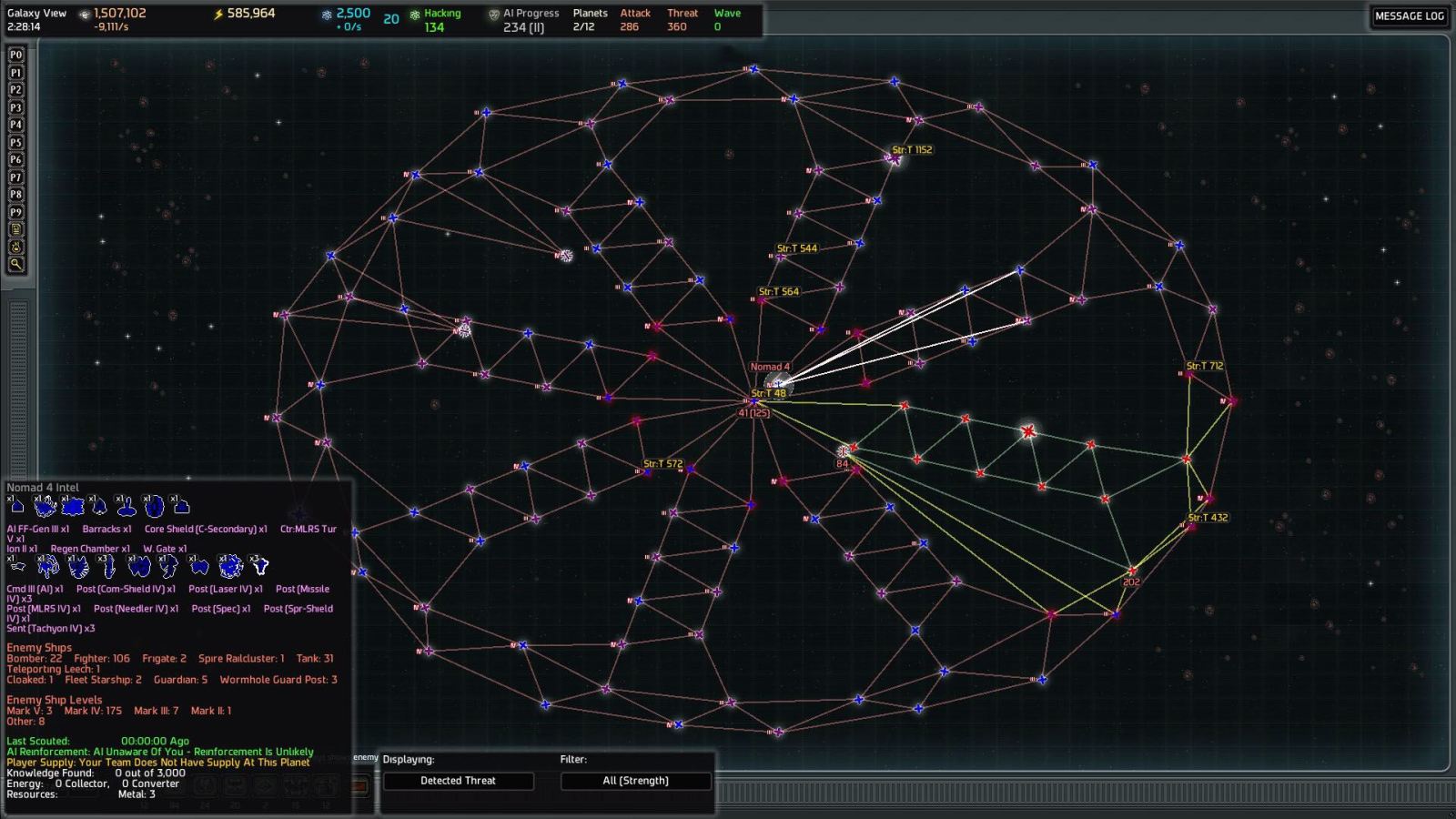 That was five years ago, however, and since then, AI War: Fleet Command has received both a substantial amount of updates and six sizeable expansions. Each of these gave players new AI types to fight, new ships, weapons, and other fun stuff. But this latest, Destroyer of Worlds, on top of being awesome in and of itself, arrives alongside the massive 8.0 update. Linux support is in (yay!), several units have been rebalanced and/or simply work differently now, including AI Carriers and Golems, along with -- to quote the developer -- “a whooole bunch of other stuff“.

From the game-changing Nomad Planets to the mysterious Exodian Blade, “Destroyer of Worlds” brings a new level of devastation to the epic AI War universe. Dare you use weapons that threaten the structure of the galaxy itself?

Now, possibly the most feared (and/or awesome) aspect of Destroyer of Worlds, is that it features a weapon related to the expansion title. Oh boy. And then there’s the addition of ‘Nomad Planets’, which pretty much changes how the whole wormhole network system works. Kinda. It’ll make for a change of pace, adding new challenges for players of all skill levels, if nothing else.

Of course, it wouldn’t be much of an AI War expansion without new AI types, and this time around, they’ve added a grand total of eight(!), including… Mime. Yikes. On the flip side, there’s also Kite Flier and Cowardly (that last one just might be a perfect fit for my skill level). Experienced players would likely be better off tacking on the “Preemption” AI for a more aggressive/direct battle, right from the get-go, however!

AI War: Fleet Command –  and its six expansions, including Destroyer of Worlds -- can be acquired from Steam and GOG.com, for Windows, Mac, and Linux.