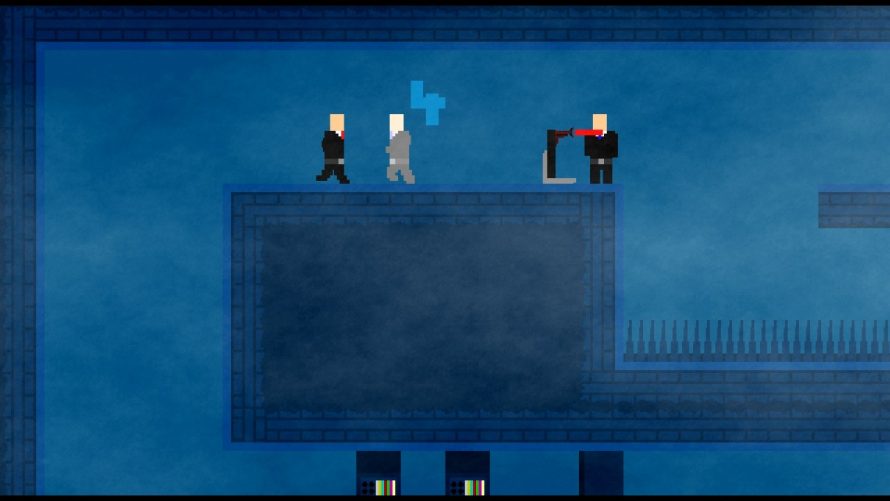 James Bond is cool and all, no doubt about that. But none of his fancy gadgets allows him to leave his body behind, pulling off stuff otherwise impossible. Where am I going with this? Well, the protagonist in Agent of Souls has a fancy brief case that lets him do exactly that. Or rather, the laser gun inside does. Quite a neat trick, that.

It’s also one which without, this nameless – and faceless – agent would not be able to do his job. See, on top of being invisible to anyone but the player, your soul can jump higher and pass through locked doors, accessing computers and whatnot, removing certain obstacles. Speaking of which, while enemies can’t see the soul, they can most certainly feel it, as… well, let’s just say it’s deadly to the touch.

That last bit is pretty important, seeing how you have no other way of dealing with hostiles, and detection resets the level. No checkpoints, no second chances. Adding to the fun/puzzle aspect is the fact that each out-of-body experience only lasts for so long, after which your soul will return automatically, leaving you vulnerable once more. Because of this, best make frequent, short soul trips, scouting ahead as it were. Trust me. 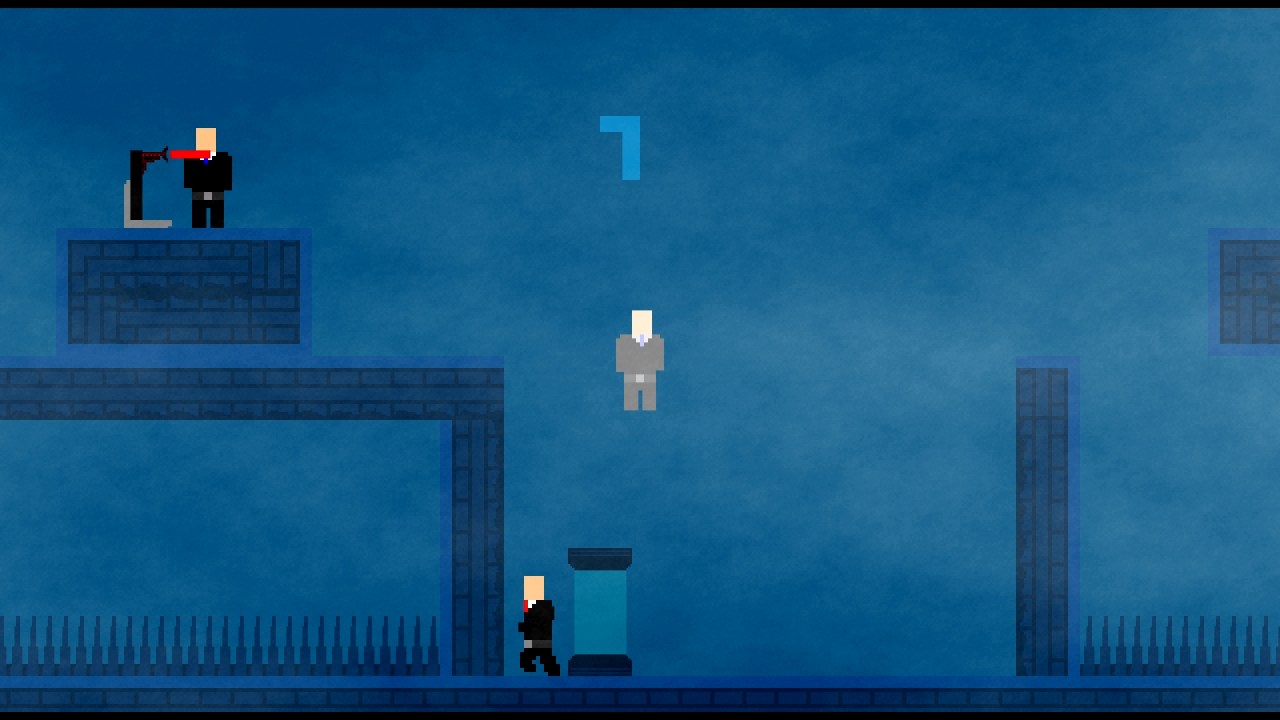 Along with ‘stealth’ and puzzle solving, there’s also light platforming, involving the crossing of spike-filled pits and such. Unfortunately, this is also where the 48-hour creation time started to show, as I found myself getting stuck on walls kinda often. Never to the point where it caused me to fail the level though, but still.

On the other hand, 48 hours is not a lot of time to both come up with an idea AND make such a unique game, so kudos to Norbex for his Ludum Dare 32 entry. An entry which I’d highly recommend playing, even if you’ll likely have issues with its walls, now and then. Time to become… Agent of Souls!