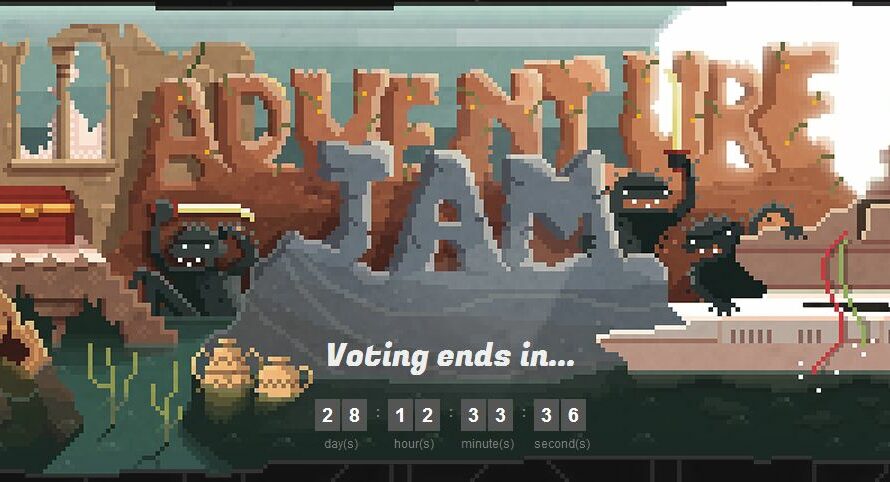 Over its two-week course, 88 games were submitted to the AdventureJam, which has now ended. You know what that means: time to play some games! And vote. Voting is important too. Not as important as getting to play loads of new adventure titles though, but it does matter. So, to help expedite the process (for some, at least), I’ve drafted my thoughts on those I found most enjoyable, into a single article. This article. That you’re reading right now.

One thing to note before I get started: after giving it some thought, I decided not to include demos, betas, and otherwise incomplete submissions. I’m sure there are some great ones there as well, but judging – or even recommending – a WIP project? Yeah, not gonna happen. Oh, and they aren’t all your typical point ‘n click adventure, although adventures they all are. Kinda. Anyway, onto the games! 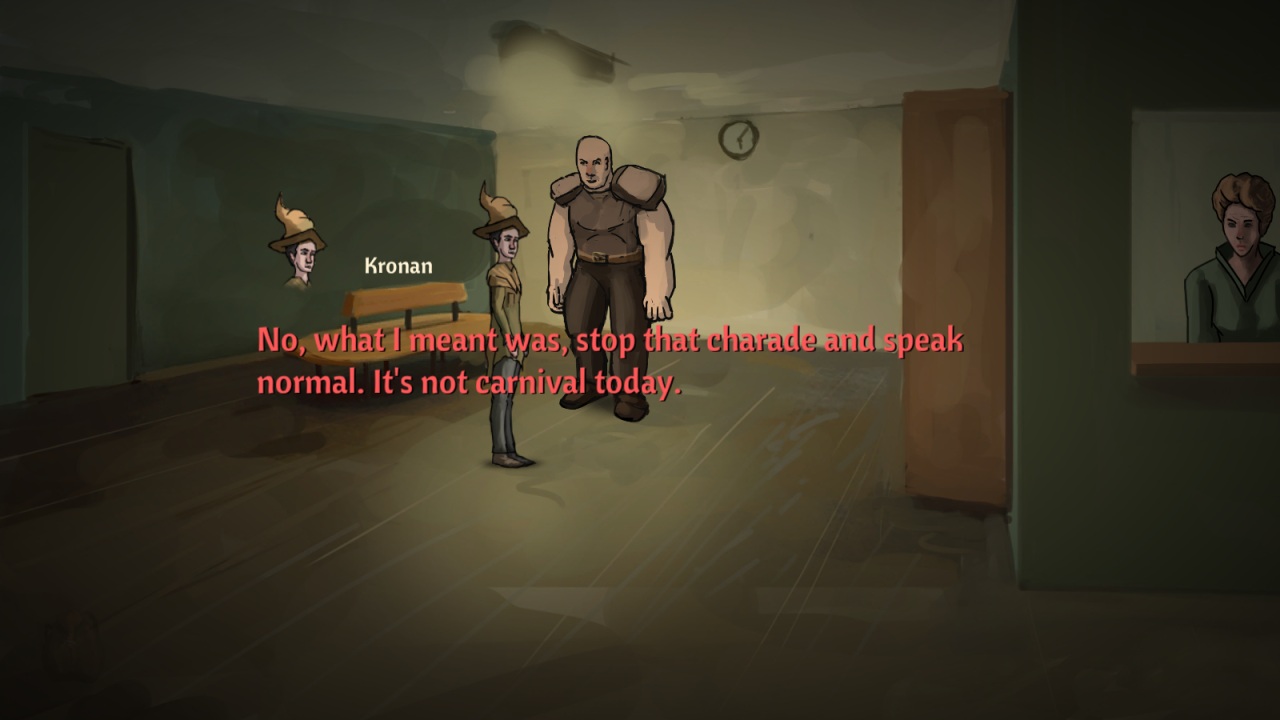 Kronan, the Librarian
Meet Kronan. Kronan wants to be a sword-swinging, ax-wielding, treasure-hunting barbarian. All that good stuff, none of which librarians get to do. But first he must pass three trials: acquire a mighty weapon, be stronger than an ox, and loot a great treasure. 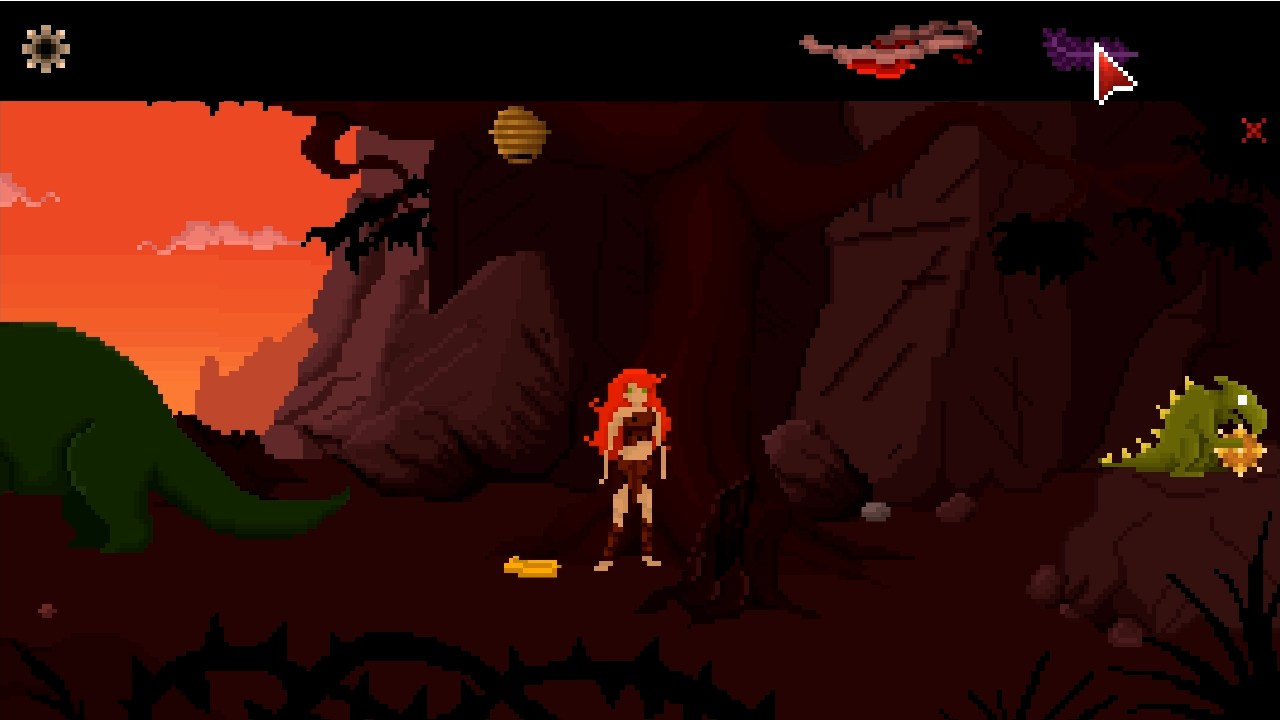 Theropods
Welcome to the jungle… we got fun and games! Or we would if the blasted dinosaurs would stop interfering, in this prehistoric pointy and clicky adventure full of puzzles and (slight) animal cruelty. But it’s us or them, and I would rather not be eaten on this day. 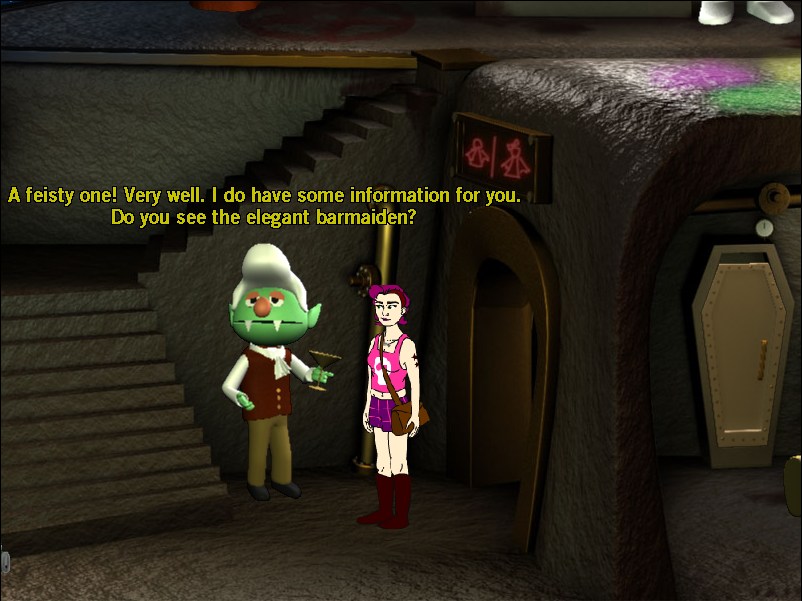 Late Last Nite
Morgan’s misplaced her lighter, of all things, last night during a crazy night out on the town. Oh and her phone. Wallet’s gone missing too. Time to help her find it, maybe even turn into a mermaid at some point? Anything goes, in this crazy game! 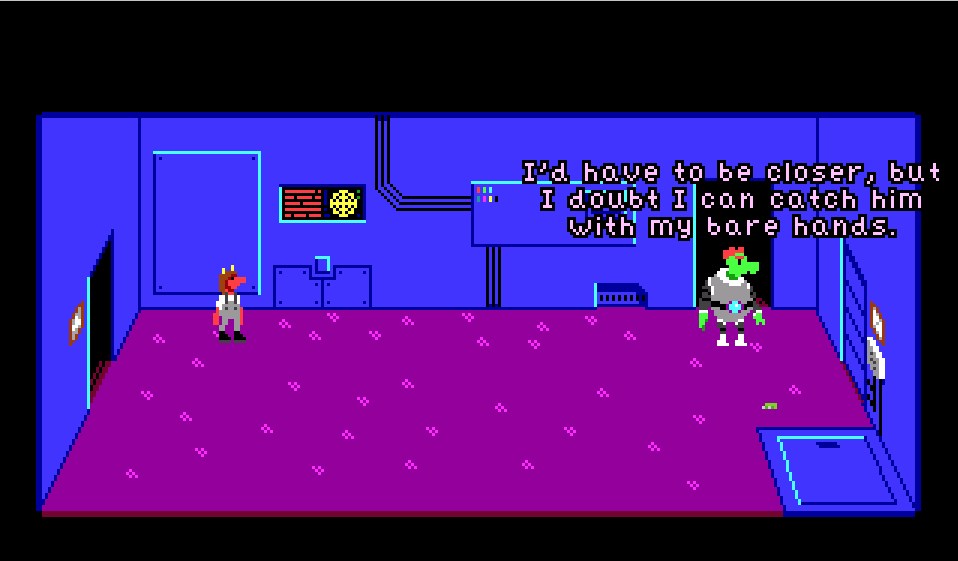 Space Gremlin
Bringing a gremlin onboard your ship was a bad idea, as it turns out, because thanks to mischiefs caused by this little fella, now you’re now pretty much stuck. Stranded in space, as it were. So better get to catching him… before it’s too late. 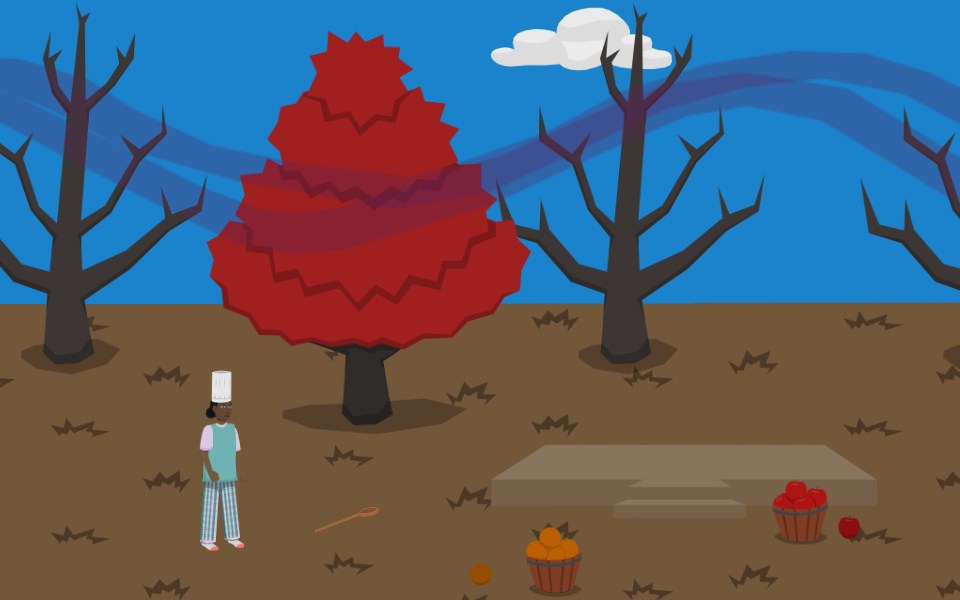 A Dream Adventure
Become a wizard, a detective and a chef, in order to figure out the stuff dreams are made of. Literally. The game takes place inside a dream, where nothing is quite as it seems, and you have the power to do (almost) anything. Go ahead, try, see what happens. 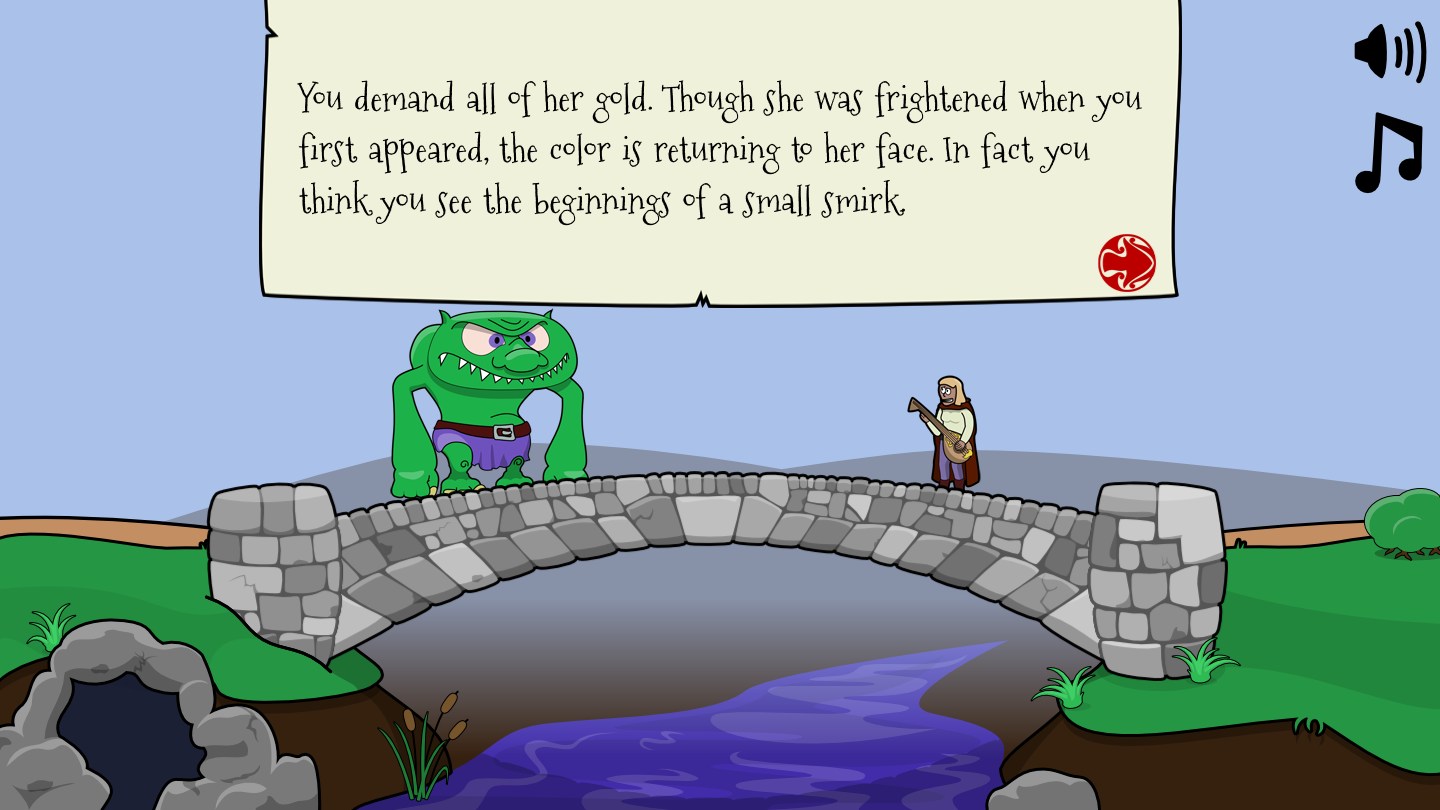 Troll Bridge
Don’t ya just hate when people go stompin’ across your roof? Well in this game, you get to do something about it, playing the part of a troll who’s rather eager to prove himself. Will he be successful though, or simply make a fool of himself? One way to find out. 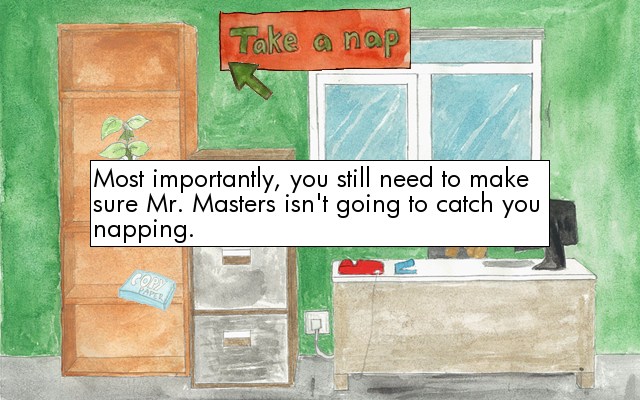 Power Nap
Nothing’s more annoying than when you can’t even take a power nap at work (what? no, seriously – try it sometime). Outside noise, no comfortable place to sleep, and above all else, the looming threat of your boss catching you dozing off. Time to do something about all that. 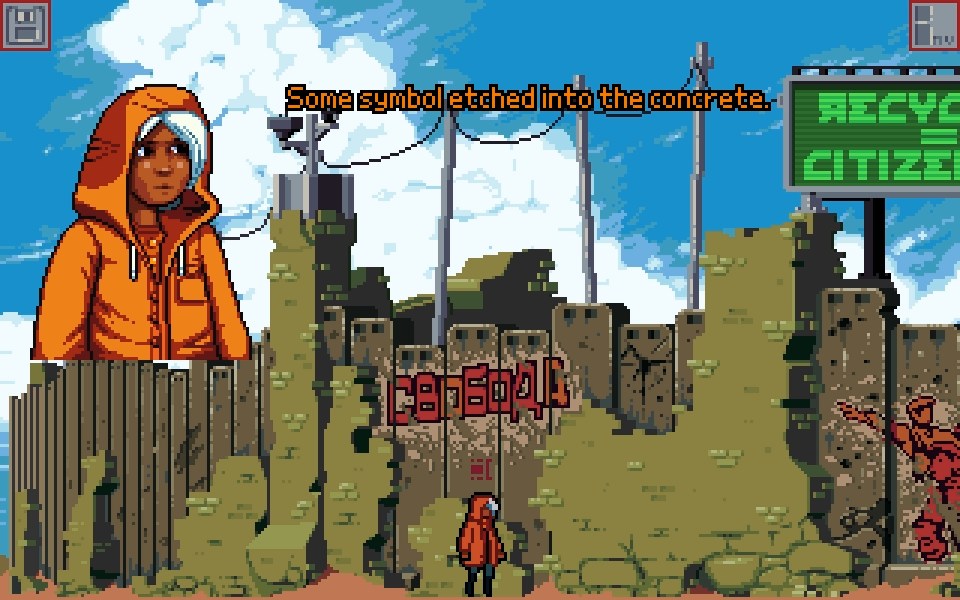 Foundations
Nara has been having strange dreams, although of exactly what, remains a mystery. One thing is certain however: she wants to find out what lies behind that massive wall, to explore, to… boldly go, and so on. Ain’t gonna be easy though. Not in this world. 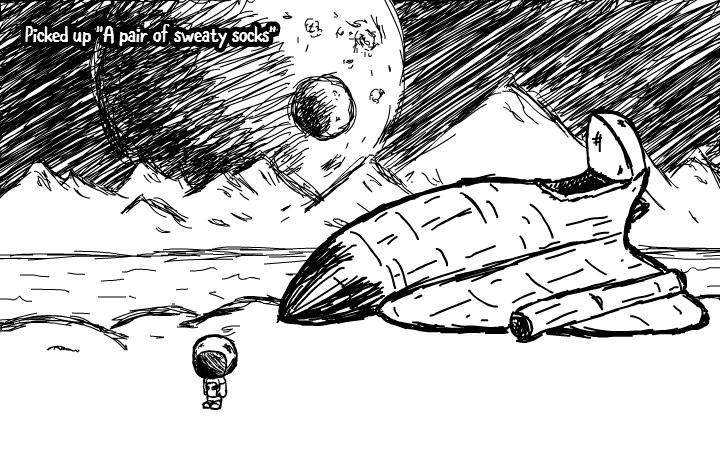 The Homebound Predicament
After a long voyage across the universe, most astronauts only have one thing on their mind: returning to Earth. Unfortunately for this one, it’s not as simple as that. His space ship has run out of fuel, causing him to crash-land on an alien planet. Time to help him out of this predicament, and hopefully somehow, get back home. 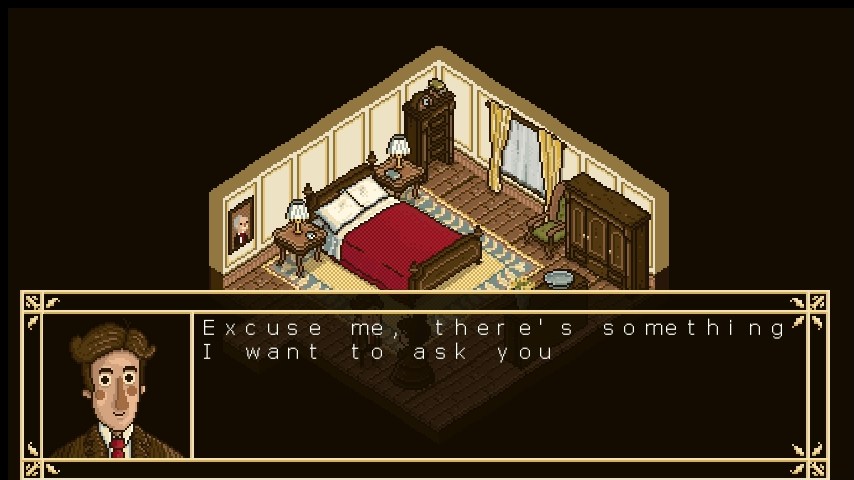 Facebook Twitter LinkedIn Pinterest Tumblr WhatsApp Telegram E-mail
Previous article 'Legend of Grimrock II' (Mod): Isle of the Deranged
Next article The Greenlight Groove: 'No One But You', 'Outland 17: Void of Liberty' and More