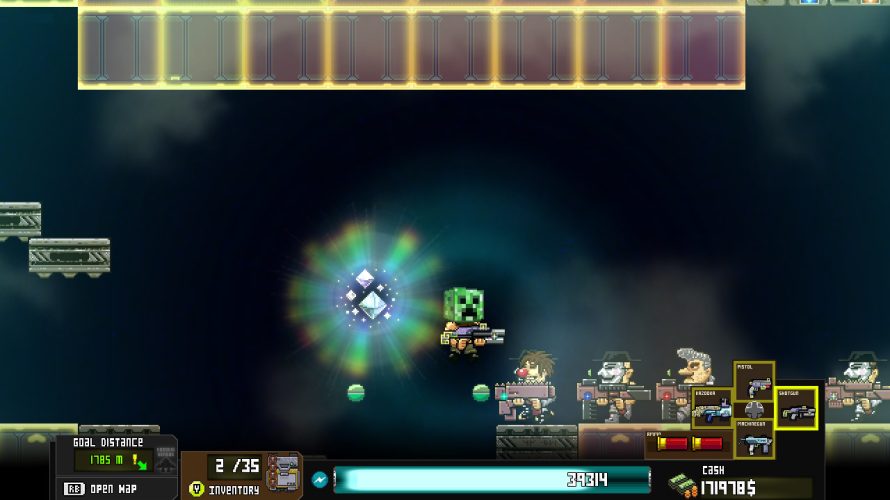 Do you like games that have 2D platforming, a wealth of customization options, old-school visuals and randomly generated worlds with emphasis on both action and adventuring?

If the answer to those questions is “yes”, you’re in luck because Platformines has all of the above and the second (free) beta is now available so what are you waiting for? A description of the game? Well the dev describes it as as 40% platformer, 40% shooter, 40% RPG and 120% addictive (wait-a-minute..) and based on my brief time with the beta, that sounds about right. But more about that later, once I’ve spent more time with the game in its current state.

While it does borrow certain elements from other games, without even trying to hide it, at least the hats (Team Fortress 2) and damage numbers pouring out of targets as you blast them (Borderlands) along with the 16-bit visuals (yay, the good old days!) do not seem to be mere gimmicks and get this: As of this update, you can actually play as a female character should you so desire (chicks with guns, what more can ya ask for?).

If you’re interested, the beta can be acquired from the official website along with screenshots and wallpapers. For more details on the developer, Magiko Gaming, check out their on Twitter and of course http://www.magikogaming.com

Oh and I’ve shamelessly pasted the changelog from here below, for those curious about what’s new in beta 2: