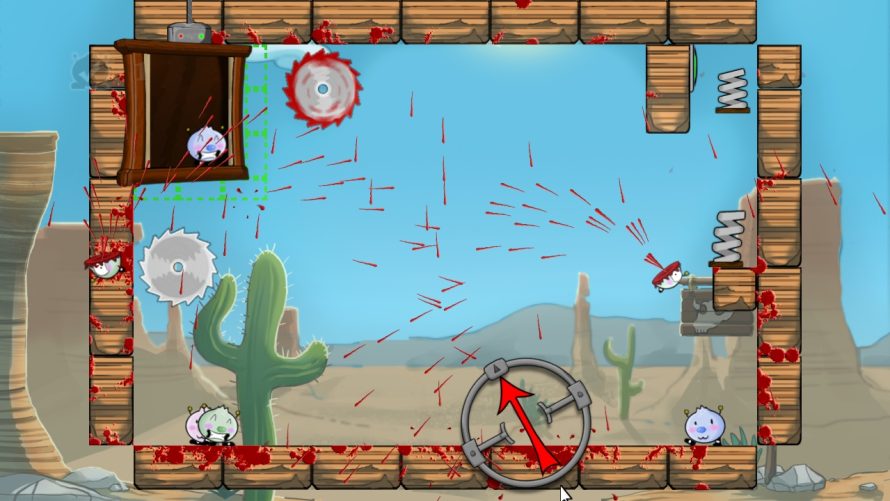 If the title didn’t give it away, Cute Things Dying Violently contains at least two things: Cute things and a lot of very bloody violence, but what is it all about?

At some point, Alex “AlejandroDaJ” Jordan (Twitter) decided to see if asking players to maneuver a bunch of critters through hazardous environments to safety past traps ranging from spikes and buzzaws to fire and lightning. This turned out to be a great idea and it didn’t simply look good on paper either, because on August 24 2011, Cute Things Dying Violently was released on XBOX Live Indie Games.

And what started out as a XBLIG smash hit became much more yesterday, when the PC port was released with quite a few additions and enhancements, including.. wait for it.. A LEVEL EDITOR!

For more details on the game/developer, head on over to the ApathyWorks website or pick up the PC version which is available from Desura and IndieCity; the soundtrack? It’s freely available from Soundcloud.