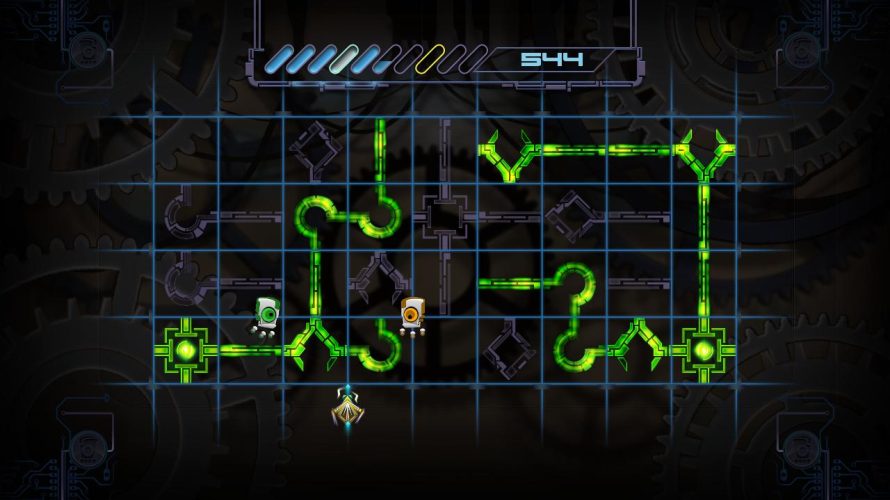 A Virus Named TOM is an action-puzzle game from the creative minds that make up Misfits Attic and from what I’ve seen, read and played, this is definitely shaping up to be a very interesting puzzle game. If you don’t believe me, I’d say “try the demo then”, but with this being a beta and all, unfortunately there is no such thing (right now, anyway).

A perfect place. A city without traffic. A dog that doesn’t poop. All products of the brilliant mind of Dr. X, but hell hath no fury like a mad scientist fired by a giant corporation. In this unique action-puzzler you take control of TOM, a virus created for one purpose: revenge.

That’s how the developer describes their little virus creation, and who doesn’t like taking revenge? Especially since this time you get to play as a virus instead of some crazy superhero (which seems to be the big thing these days) and since there is no demo available, I’d recommend a trip to the press section on the official website for more details; including previews, interviews and trailers.

And those looking to socialize with their friends for some viral action have not been forgotten either: On top of the rather sizeable single player story, there’s a co-operative story mode too along with pure multiplayer, called “vs. battle”. Ah, if only more indie titles had multiplayer!

Those who are not into betas need not wait much longer though, because A Virus Named Tom is set for release on both http://www.avirusnamedtom.com (includes a Steam key plus a DRM-free version), Steam and Desura on August 1st, 2012! But that also means the 50% pre-order discount will be gone, so if you want to save $5.. well, you better not delay that purchase much longer.

Oh! Almost forgot that they actually added things in this final beta, so here are a few highlights: