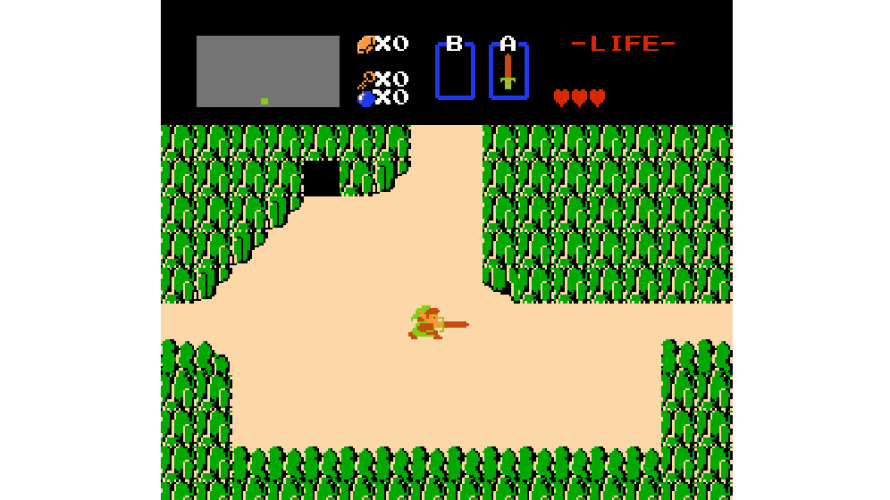 After a lot of consideration and planning, I decided it was time to pay homage to games I grew up with, especially since classics like Bubble Bobble and The Legend of Zelda have more or less been forgotten. It’s quite a shame because, without those, chances are we would not have a lot of the games we enjoy today.

I am not saying that all games since the days of two dragons blowing bubbles and a kid on a quest to save a princess, armed early on only with but a simple sword, are based on those two. That could not be farther from the truth. But right now, it’s time for me to take a trip down memory lane with the above-mentioned games, where one has evolved into a great franchise… the other is more or less stuck in the past, even with several attempts at bringing it back in one form or another. So we’re going to leave the former there for a bit, while we get into our DeLorean, set the year to 1986 and fire it up to 88mph.

1986… how I miss you!
The Legend of Zelda is by many considered one of the greatest franchises in video gaming history, and rightfully so. It does, however, have one puzzling aspect – the title would indicate that the hero/main character is Zelda, yet… oddly enough the hero was not even a female! It was actually a guy by the name Link, as has been the case with every game in the franchise since its origin on the Nintendo Entertainment System.

While the game is not going to win any awards for the graphical presentation today, in 1986 standards for video games were quite different. Our expectations were lower and things like high definition, or “HD”, graphics were completely alien to us all. Televisions were not even wide-screen. And forget all about wireless controllers too; back then all video game systems had controllers that plugged into either the top or front (maybe even the back in some rare cases).

Without jaw-dropping visuals, it still had plenty of heart where it mattered: in the gameplay and maybe even more so, in the immersion factor. While not a title with the most intriguing plot – does any Zelda game really have a deep plot? – it entertained the player through other means, one of which is the feeling of being on an actual adventure.

As you guided Link through the world of Hyrule, from a somewhat isometric/top-down view, overcoming obstacles and defeating enemies, each step felt like you were going somewhere – like you were on a great quest.

During that journey, there were various dungeons to explore with puzzles to solve, upgrades to acquire – along with new items that let you manipulate your surroundings in a specific way to progress or a weapon required to defeat a specific opponent – and at the end of each, a boss encounter.

If there is one thing I really did not like, it would be the lack of a more detailed mini-map, ’cause what you’ve got ain’t exactly great… It is easy to get lost and seeing how enemies respawn when you re-enter an area… that can be quite annoying. This was in a time where even complicated role-playing games did not even have anything remotely resembling a map feature, so good job Nintendo!