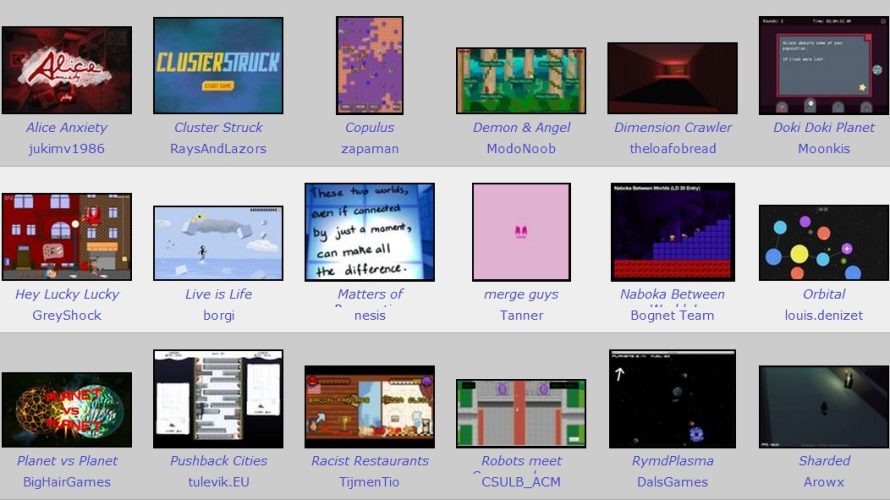 Approximately one week ago, several thousand developers canceled their weekend plans to make a new game in less than 72 hours. It was Ludum Dare weekend, and this 30th outing was quite the success, giving birth to no less than 2539 games! As such, by request of its participants, I took to sampling these… connected worlds.

Now, before I dive into these thirteen submissions, a quick reminder: my opinion on each below are impressions based on brief time spent playing each, which means that it’ll be brief and to the point. Also, in case you wanted to be part of this round-up but missed the tweet (or don’t use Twitter), either tweet @Wraithkal or send an email to wraithkal@wraithkal.com. If there’s enough interest, I’ll be sure to draft another Ludum Dare 30 sampler. But for now, it’s time for the good stuff (ie. the games)! 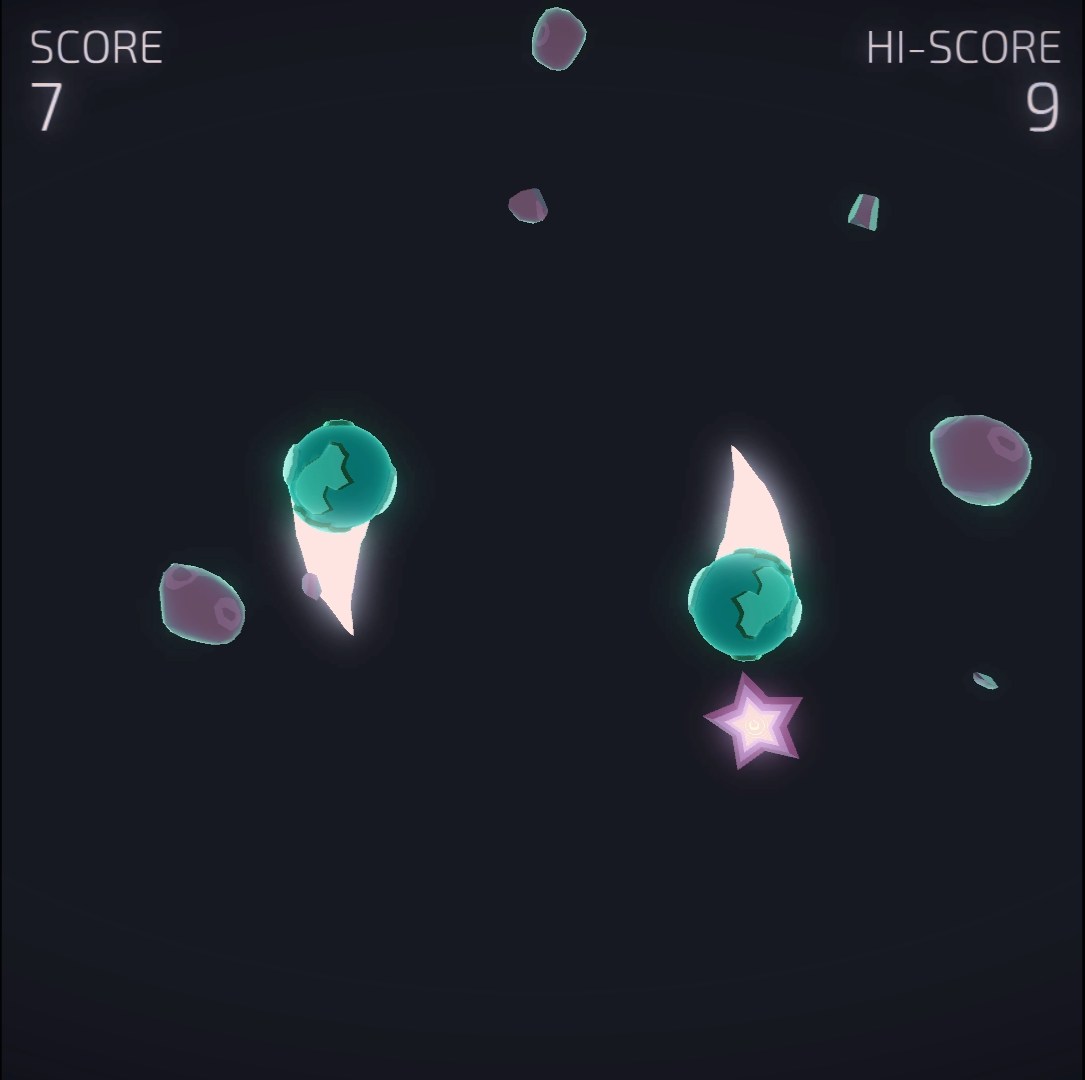 Binary System (@rogueNoodle)
With the ability to spin and adjust the distance between two connected planets, it’s time to rack up points by collecting stars, in this impressive arcade title. Watch out for asteroids though, as a single collision will end your run; fragments being the exception. 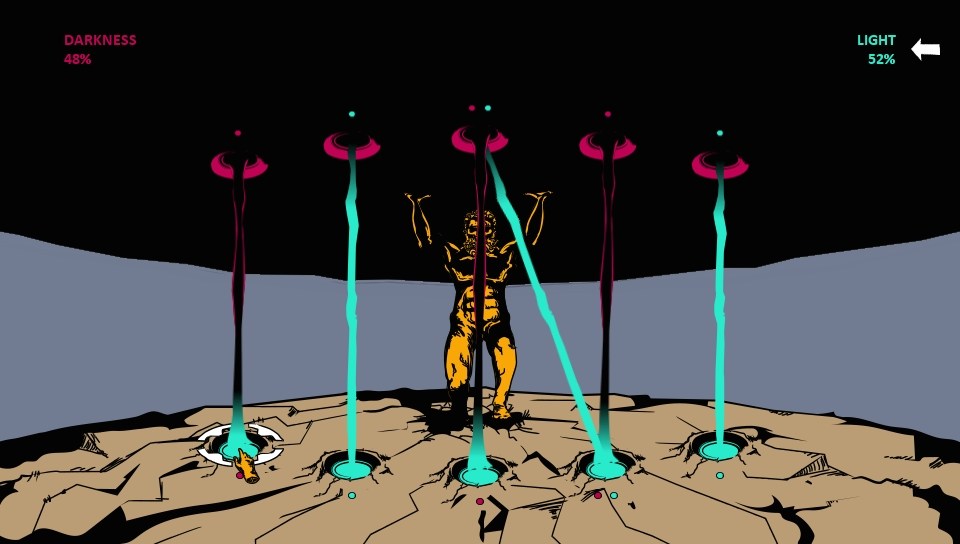 Enduring Atlas (@dickpoelen)
Darkness against light – a battle as old as time itself, and for this iteration, Atlas himself decided to participate (although not actively). It’s a two-player turn-based affair, in which lines are literally drawn, to raise/lower darkness and light. To gain as much ground as possible, multiple connections need to be made to the same node, although needless to say, that goes for your opponent too. A fun tug-of-war. 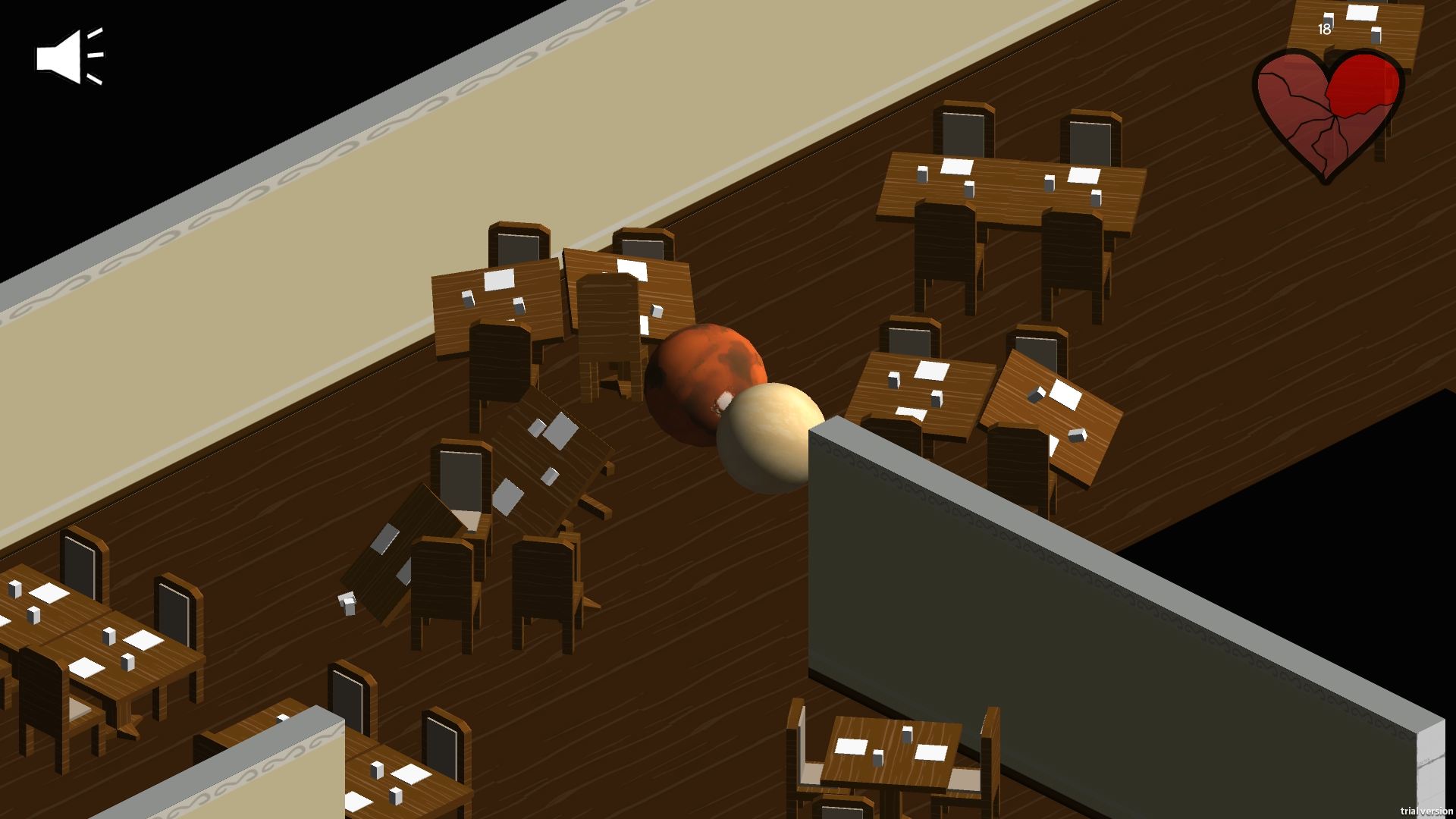 Planetary Marriage Counseling (@WeaselZone)
In order to fix the marriage of two planets who, for one reason or another, argue constantly, it’s time for a bonding exercise. Controlling both at the same time, your task is to navigate treacherous terrain in the form of… a restaurant! Easy, you say? Well, you’ll be moving both planets at once – one with WASD, the other with arrow keys. Definitely not easy, but frustratingly hilarious for sure. 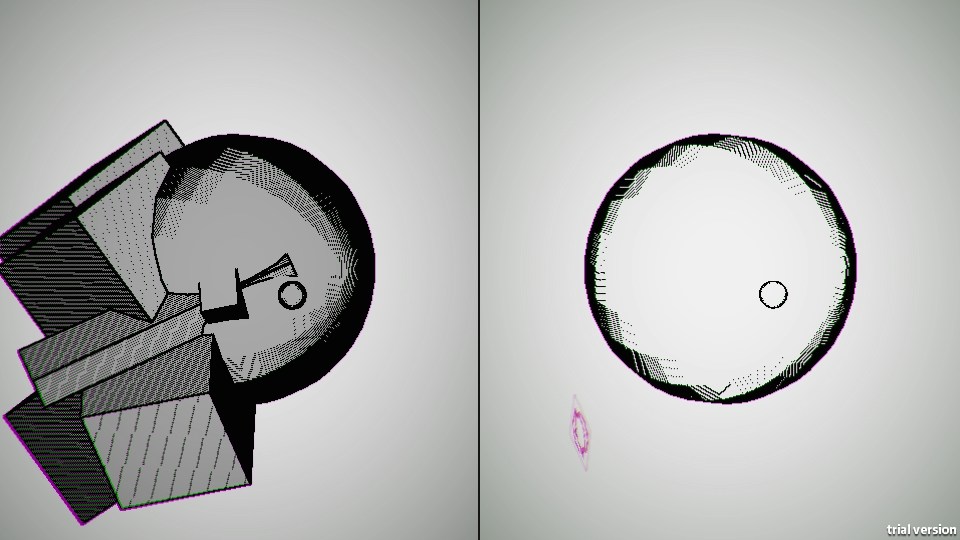 wrldDIVISION (@orbitantlers)
“A spatial thinking vaguely puzzle like game”, according to its creator. Quite fitting, as to solve each level, you’ll have to somehow fit the ball through the hole on the right side, by rotating both globes at once. At least, I think that’s how it works. It’s hard to describe and potentially even harder to play, as I got stuck early on, but a clever concept nonetheless. 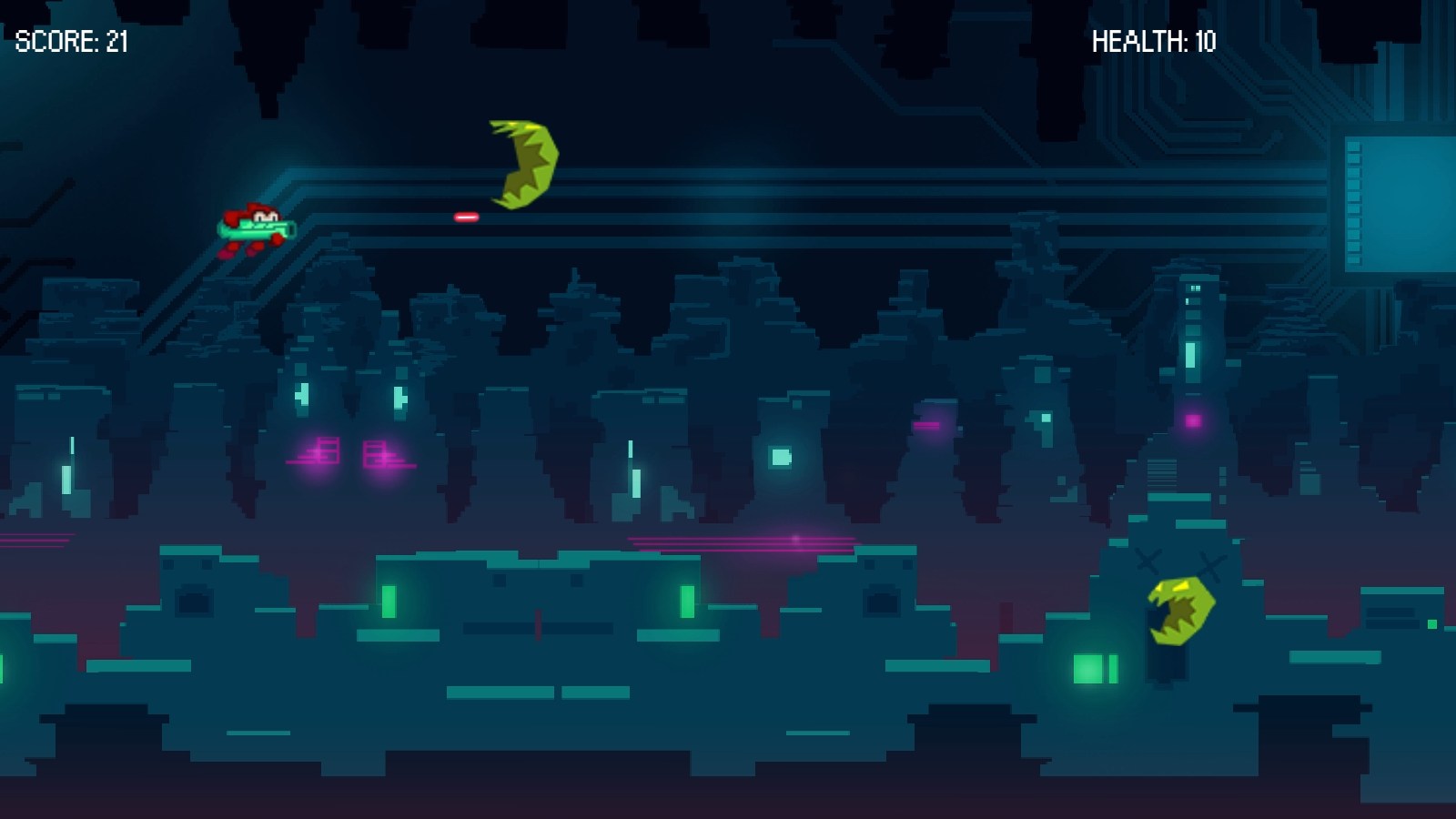 Virus Quest (@jeffrydegrande)
A simple, fast-paced SHMUP in which you get to blast… evil Pac-Man clones? Nah, they’re viruses. Evil viruses! So step into the shoes of one pissed off network admin, and get to shootin’, with some funky tunes to keep you company. 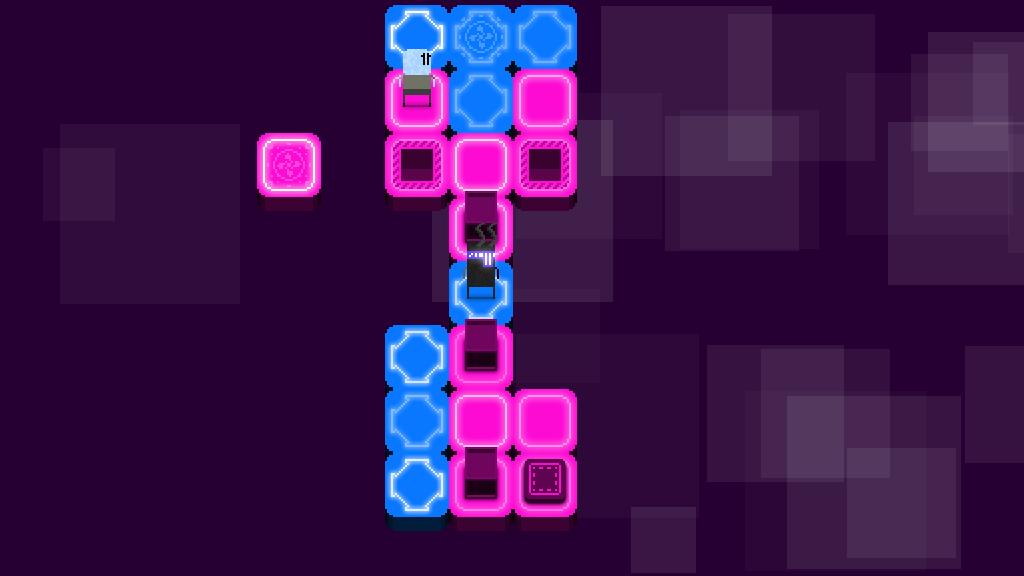 NECLiD (@0x0961h)
Two worlds, one puzzle, neither complete without the other. Confused? Exactly how I felt a few levels into NECLiD, a block-pusher with an inter-dimensional twist. See, in order to open the exit, you’ll have to switch between two different characters/worlds, making them work together. Oh and pink tiles can only be traversed by one, while blue ones are for… the Neclid overlord. Puzzling. 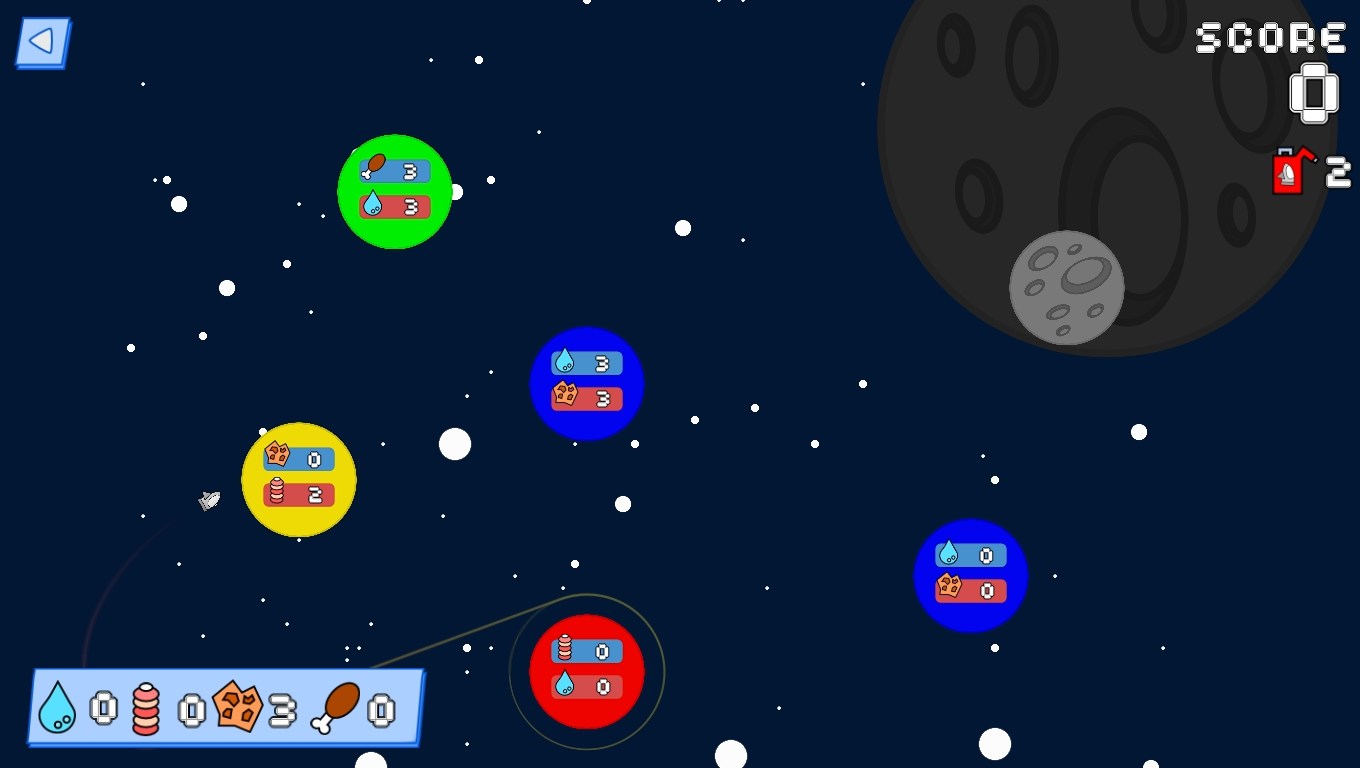 Intergalactic Delivery Services Corporation (@sPoCkEr2)
Time to play the part of an interplanetary delivery boy! Plot a course, build up speed and off you go, flinging your spaceship towards the planet in need of whatever you’re carrying. Red resources are needed, blue are those you’ll pick up by visiting said planet. With limited fuel, you can only do so much planet-hopping in each level. Good luck. 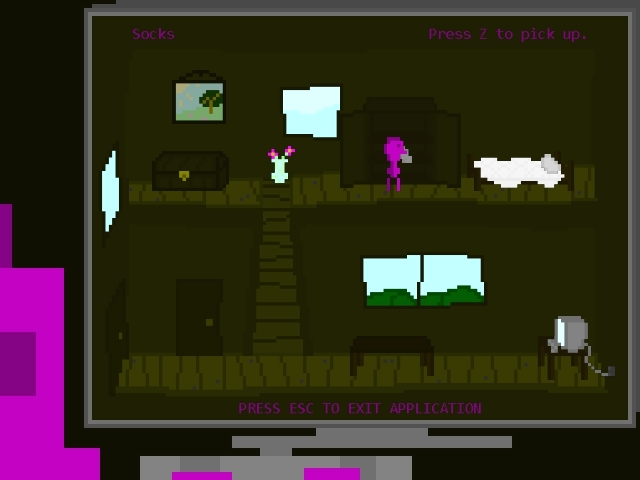 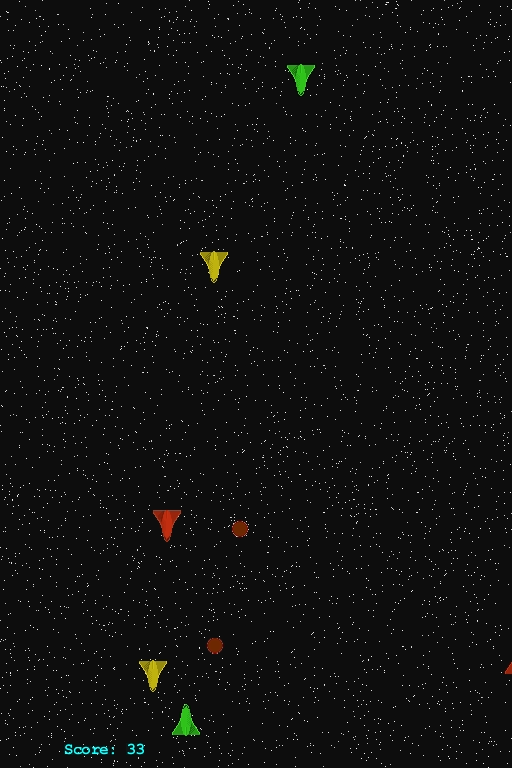 CheckPoint (@DanqueDynasty)
Here’s a shocker: CheckPoint is a game about checkpoints! Well, it actually is, but not in the way one might think, as the objective is to stop red ships – yellow is fine – from escaping. The twist is that you’ll be controlling two ships at once, one at the top, one at the bottom, blasting away at the reds with each. Just don’t hit yellow aircraft, as those are civilians. Interesting. 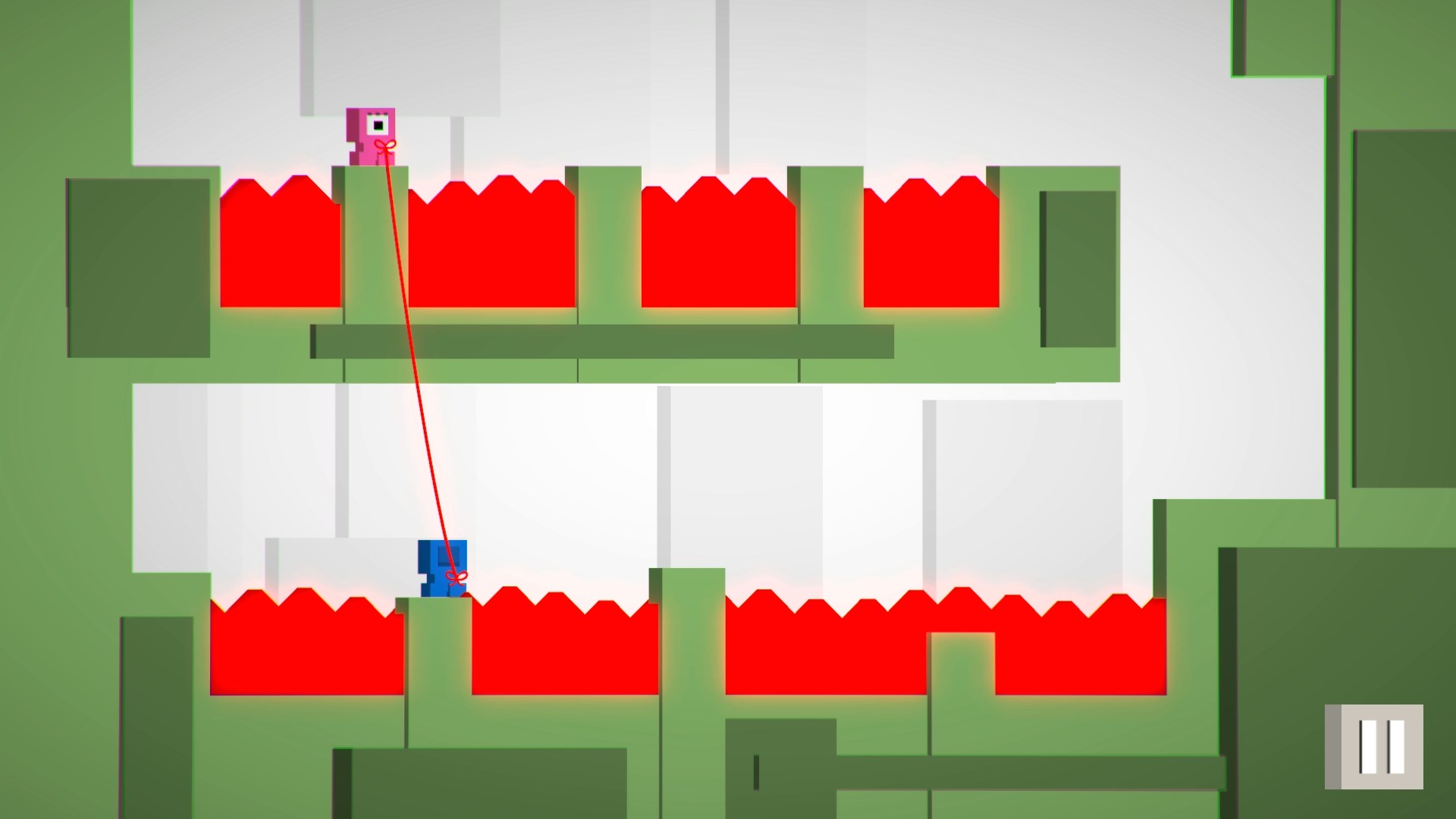 RED Thread (@NickZangus)
Ah, the red thread – or string, if you so prefer – of fate, said to be an invisible bond, connecting those destined to be together. In this game, however, its use is quite literal, as the thread connects a blue (male) and pink (female) character as they embark on a chaotic platforming adventure. Why? To be together, of course! Just remember to lengthen and shorten the bond between these two lovers accordingly, and steer clear of lava. 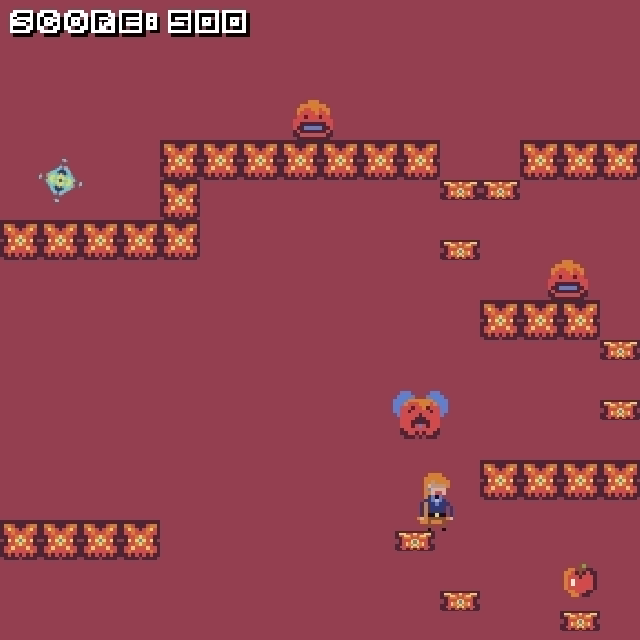 Becky’s Adventure in Mirrorland (@Vctr_Seleucos)
After getting pulled away by a tornado, house, and everything, Becky finds herself trapped in Mirrorland. The only way to escape is by reaching the portal in each level safely, but fail, and everything (well, the current level anyway) will be reset. Some rather tricky enemy placement in this one, I’d say. 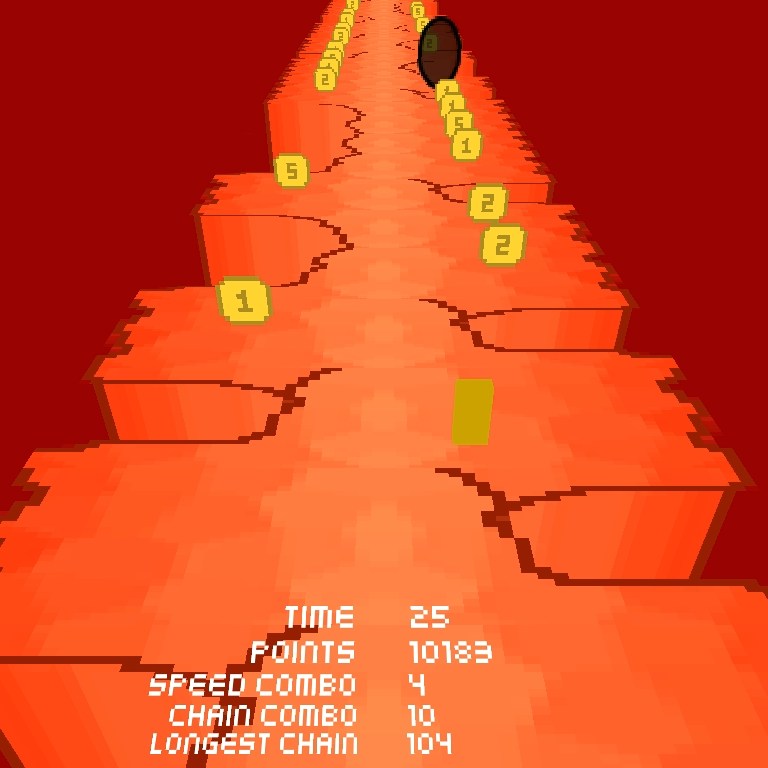 Around the Worlds in 80 seconds. (@vinylpixels)
At its core, Around the Worlds In 80 Seconds. is a simple ‘go left, right or stay on the current path’ timed point collector. Or something along those lines. One problem though: the course is completely static, which doesn’t sound like much of a challenge, right? Well, there are these colored portals, each of which modifies the path ahead… 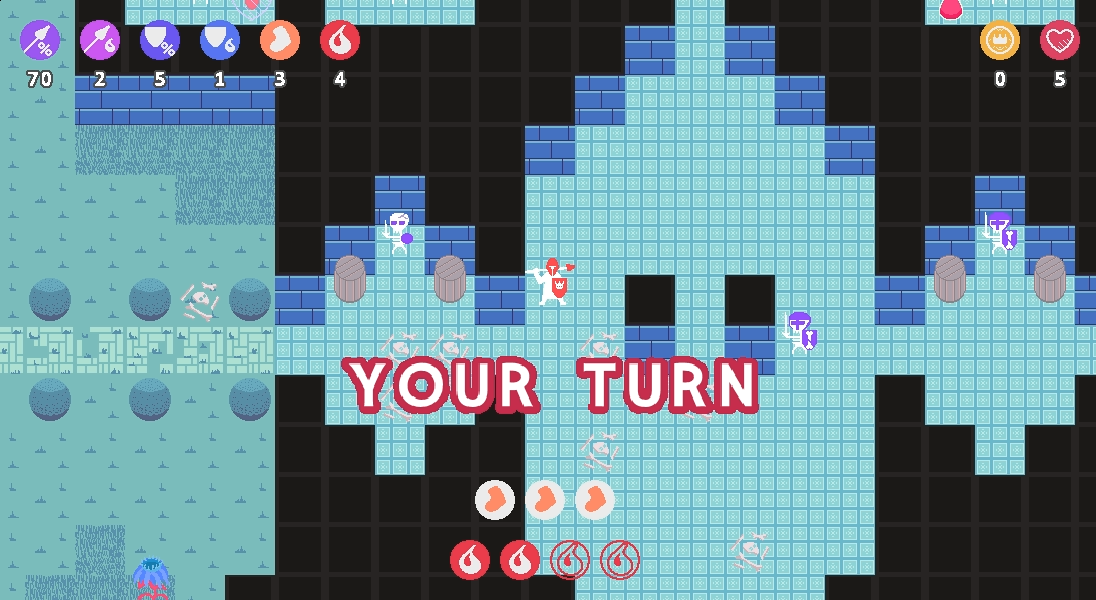 Glass Heart Empire (@StevenColling)
Ain’t no connected worlds like those between players, even if not directly, right? That appears to be what the creator of this roguelike thought, as the death of others becomes loot for you! Given the relentless nature of the game, you’re gonna need every advantage you can get. Those skeletons aren’t playing around, that’s for sure. Fortunately, permanent upgrades are a thing, which is bound to come in handy during the quest to restore this… glass heart empire.