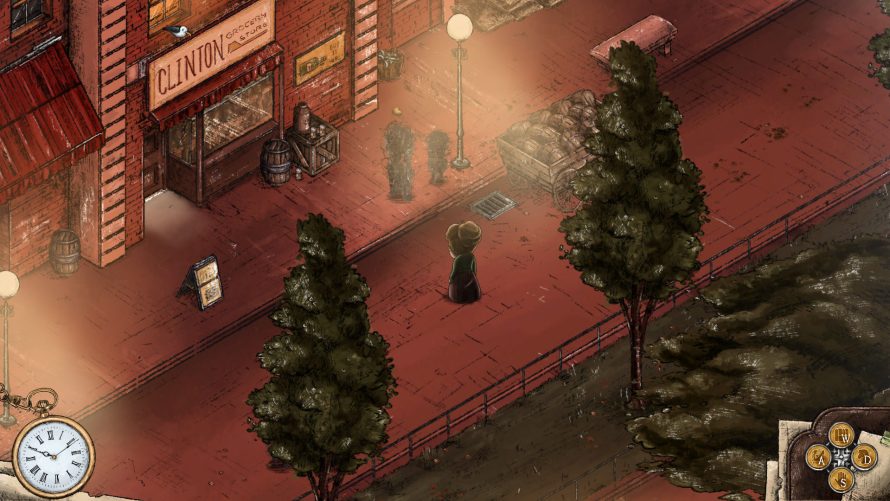 Well, this one’s off to a great start. In most games, the doomsday clock doesn’t begin ticking immediately. But in A Place for the Unwilling, well, right from the get-go you’re fully aware that in 21 days the city will die. Unless you do something to save it. Provided it can be saved, for I am… not entirely convinced it can, actually! Ah, but do not let that stop you from trying.

Even more so since your actions directly affect your surroundings, to a greater or lesser extent, courtesy of a branching narrative. Oh, and not just that either. No, decisions made during what little time you have in this place (21 days, in case you somehow forgot already) will directly affect “the final outcome”. Perhaps the city will burn to the ground, be invaded by aliens, overtaken by zombies, or something that would actually make sense within the context of the game itself, once all is said and done. Whatever ends up happening though, you really only have yourself to thank/blame. Don’t like it? Well, try doing things a little differently on your next playthrough, see what happens then. Just saying.

Speak to everyone from eerie politicians to chain-smoking child anarchists. Work as a trader, socialise, explore the town freely, and play a role in the city’s hierarchy.

On the topic of how it will all wrap up… chances are my farfetched potential endings aren’t all that crazy, seeing how the game’s themes include inequality, isolation, and cosmic horror, among other. That’s right, cosmic horror! Did someone say Cthulhu? No? Must be hearing things then. Or perhaps you’re simply not paying close enough attention and that pesky Lovecraftian creation is right behind you! Ahem. Right. Back on topic, things are going to get very weird (and supernatural) during the time its protagonist has left to… well, whatever his/her plan is. With the story taking center stage in favor of puzzles, combat, quests, etc., what could possibly go wrong in those three weeks, really? What indeed. (Spoiler: everything!)

A Place for the Unwilling is available on Steam, carrying a $14.99 price tag.

A Place for the Unwilling - Launch Trailer
Watch this video on YouTube.
Facebook Twitter LinkedIn Pinterest Tumblr WhatsApp Telegram E-mail
Previous article Go on 'A Short Hike' to Explore a Gorgeously Pixellated Island, Climb Towards the Summit
Next article It's Point 'n Click Prequel Time With a New Noir Protagonist in 'Bear With Me: The Lost Robots'