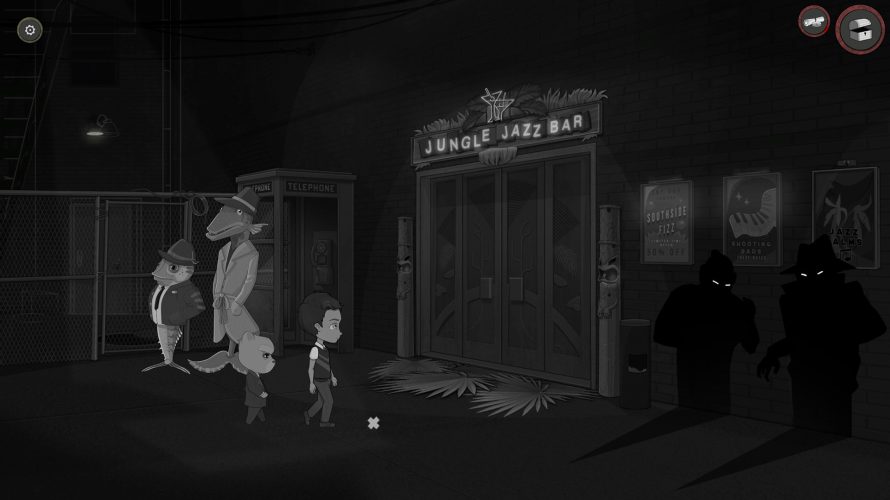 Welcome (back?) to Paper City. It may look at little different from your last trip here, seeing how… well, this is the past. Confused? Don’t be – it’s all very simple: Bear With Me: The Lost Robots is a Bear With Me prequel. See? Simple enough, and this time around, we’re introduced to Amber’s brother Flint, complete with a brand new mystery!

What mystery, you ask? Oh, nothing major. Just robots disappearing all over the city. Yeah. Wait, no! That’s a big deal! So big in fact, that only Ted E. Bear has any hope of cracking the case. If he can stop arguing with Flint for five seconds that is. Think I’m exaggerating? Look at the trailer below. Those two really don’t get along, but they kinda have to, as otherwise, who’ll save those poor robots? Who? WHO?! Ahem.

From the cool and quotable Ted E. Bear to the optimistic Amber, communicate with a diverse cast of fully voiced characters that may help or hinder our protagonists in their unrelenting pursuit of the truth.

Alright. Much like in the episodes following this one (don’t ya just love how prequel stuff always ends up being confusing in one way or another?), there’ll be puzzles to solve, suspects to interrogate, and of course, crime scenes to comb. Every inch of every last one of them. Wouldn’t want to miss an important clue after all, would you? Didn’t think so. Just beware that this particular tale of pointy and clicky adventuring can get rather grim. Perhaps even dark at times?

Then, once all is said and done in Bear With Me: The Lost Robots, three more episodes in the same style still awaits – albeit with a different protagonist. Groovy stuff. Gritty, but at the same time, so groovy.

Bear With Me: The Lost Robots is available on Steam, Humble, PlayStation 4, Xbox One, and Switch.

Bear With Me: The Lost Robots - Launch Trailer | PS4
Facebook Twitter LinkedIn Pinterest Tumblr WhatsApp Telegram E-mail
Previous article Clock's Ticking in 'A Place for the Unwilling' With 21 Days Until the City Dies
Next article Like 'Mars Underground' Before It, 'Shadows and Dust' Looks to be Unsettling and Intriguing in Equal Amounts