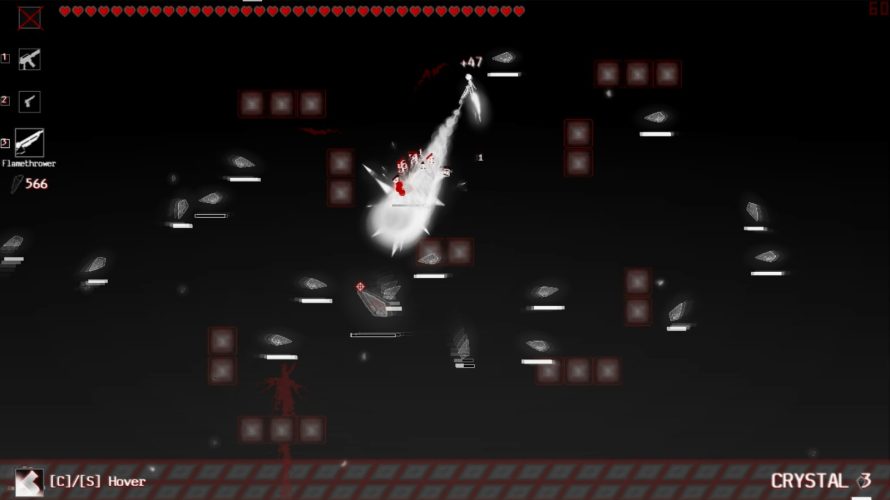 People often say that ya can’t have too much of a good thing, but when it comes to guns, that’s definitely not true. Unless you’re playing 99 Crystals of course, as the selection of firearms in this game is overwhelmingly awesome (and a tad random). Shotgun flamethrowers, assault rifle rocket launchers and more, all customizable; shoot first, ask questions later.

The game may sport a rather simplistic visual style, but chances are it’s intentional, as anything more flashy would get in the way of the on-screen chaos that ensues once the bullets start flying. Well, once you get a few crystals (aka. levels) in, anyway, as the first couple doesn’t really pose much of a threat. But soon enough, enemies will return fire, and this is where the fun begins. Where’s the fun in fighting a foe that can only harm ya through head-on collisions, after all?

To fit the low threat level, your arsenal is also rather limited at the beginning of each run, forcing you to fend for yourself with a meager pistol and a much more interesting assault rifle. Ain’t long before you gain access to fun stuff like sniper rifles, shotguns, flamethrowers, uzis and such though, and every few levels, you’ll be able to customize the lot. 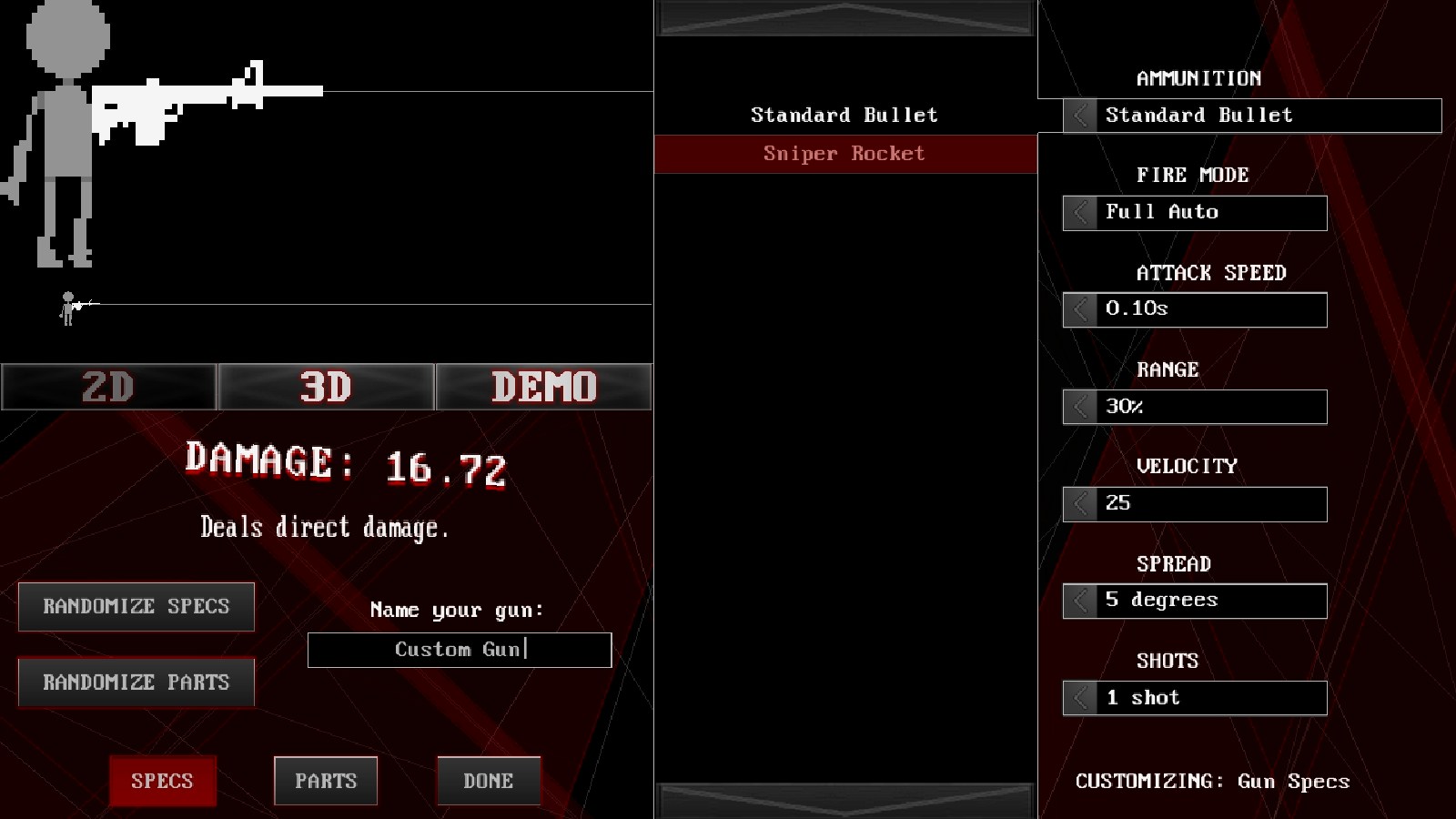 Spread, fire rate/mode, attack speed, number of shots fired at once, range and much more can be modified; provided you’ve found a gun with the mod you want, that is. Oh and each run resets that list, so enjoy it while it lasts. Should you prove victorious, however, beating the boss that wraps up this demo, you’ll be able to start with a slight stat boost. A nifty carrot on a stick, as it were.

Staying in control amidst all the action, dodging enemies left and right, would have been rather tricky… if not for the fact that your character has a jetpack with unlimited fuel! That’s right – fly around the level to your heart’s content. Do keep an eye on that health bar at the top though, because while hearts can be replenished, that feat requires the annihilation of quite a few enemies.

Simply put, 99 Crystals is a fast-paced 2D gun ’em up with an emphasis on varied weaponry and flying foes that’ll test both your reflexes, as well as your ability to aim. Downsides? Just one: the demo is too short! Fun, but much too short. But alas, patience is a virtue, and I’m sure the full version will be out soon-ish.