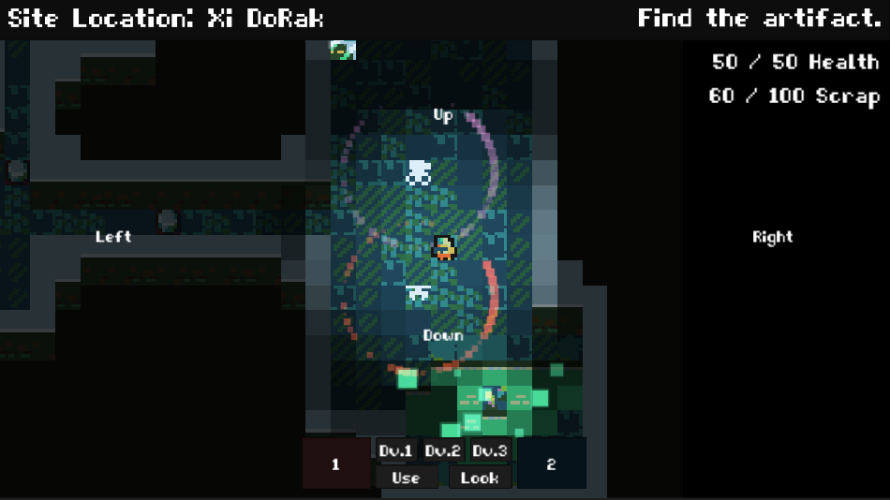 The roguelikes are coming! The roguelikes are coming! Or they will be once this year’s 7DRL challenge/game jam/competition kicks off in a short bit, as an entire week has been set aside for creating such wonderful genre entries. Nothing new there though as 7DRL dates back… well, many years, and I believe it has always been in the same month (spoiler: March), much like it will this time. So darn groovy.

But… but… rules. Rules. Our society is built upon rul– wait, is it? Well, anyway, 7DRL does  have some, and while I do not recall the last time they changed, a quick reminder is still in order: the use of anything you’ve built in the past may be used for 7DRL and you’re even allowed to scratch up design docs or such ahead of time. In fact, I’d actually encourage that, seeing how completing development of a roguelike can be absolutely dauting in and of itself. You are limited to seven days after all, which means there’s a high chance of chaos ensuing. So amidst all that, try to remember that the most important thing is still to have fun!

Oh right, almost forgot about the dates: March 2 through March 10, 2019. Wait, that’s… not seven days. Ah yes, timezones. Neat. This way even Australians will be able to fit in a full seven days. I think. Whatever the case, be sure to register your game here, hopefully joining – or to be joined – by thousands other glorious participants. Oh, and entries from years prior can be found by following either of the following links, in case you need inspiration (2013-2017, 2018). Or perhaps you’re simply looking for something to play; we can’t all be developers, ya know?