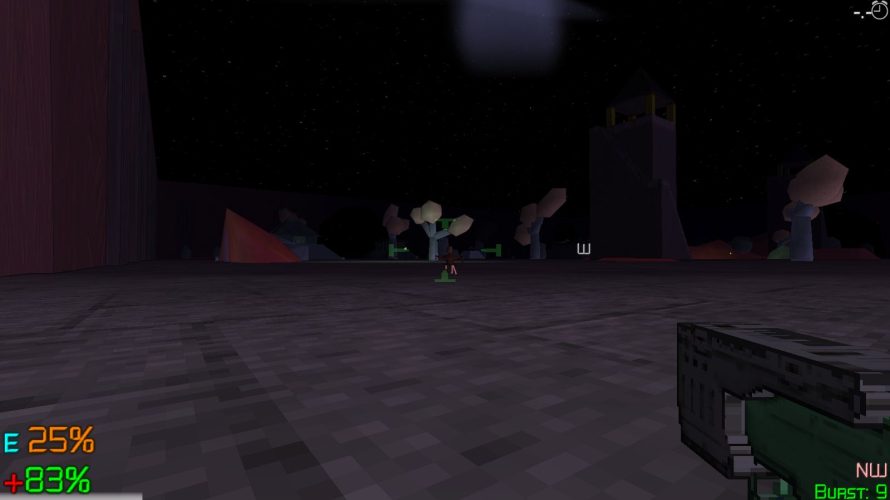 It’s been a long road for 3089. First, a successful Kickstarter back in 2012, followed by a slew of alphas, betas and now, finally a stable release! This won’t be the last update either, as the developer still has more than a few ideas brewing. What it does, however, mean, among other things, is that the game is ripe for reviewing (reviewing an alpha or beta is hardly ideal).

Oh man. Feels like just yesterday when I covered the 0.87a alpha, but in reality, it actually dates all the way back to July. Might be time for a second look, seeing how there have been more than twenty updates since, some of which were quite substantial. That said, while the core concept hasn’t changed, 0.89a did add multiplayer. Remember, safety in numbers and all that, so bring a friend or two along for some robot blasting or crazy construction work!

I want to make sure 3089 is stable for the big upcoming Steam release planned for early January! After that, I want to improve building mechanics, add some new quest task types & we’ll see what else 🙂

Great news for sure, and according to a comment on its Desura page, 3089 will feature Steam trading cards. Maybe at launch, maybe not, but they’re coming. I don’t really see what the big deal is with those things, but a lot of Steam users feel the exact opposite, so kudos to the dev for including them. Also, since this first non-beta update spans a massive twenty-four bullet points, I’m gonna point you to the version history, instead of listing it.

3089 is available for Windows, Mac and Linux from the official website, Desura and (soon) Steam; a demo is also available.