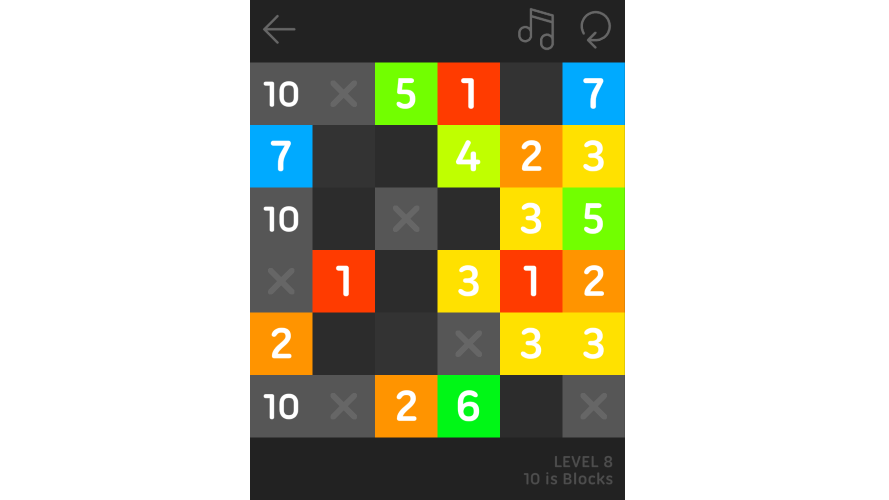 Math is either be incredibly boring or immensely entertaining -- there’s no middle ground. In the case of mobile puzzler 10, it’s easily the latter. Sliding numbered blocks together until their sum is exactly ten (or in some cases, zero) may not sound like the most exciting thing ever. But don’t worry, because that’s just the core mechanic -- there’s definitely more than meets the eye to this game of numbers.

When I first started playing, its calculations didn’t cause me to stop and think for more than a few seconds before everything literally slid into place. The fact that each ten created turned into a solid block caused some minor head-scratching though. See, blocks won’t stop sliding until they hit something, be it a number or a solid, meaning it’s entirely possible to get stuck; there’s always the undo button though.

This makes crafting each ten more than simply figuring out the how part, as solid blocks are both a help and a hindrance depending on their location. Suffice to say, planning ahead is a big part of solving each puzzle, especially since some are as big as 7x7. You’re not gonna get through those by way of carefree ‘a slide here and a slide there’ guesswork. 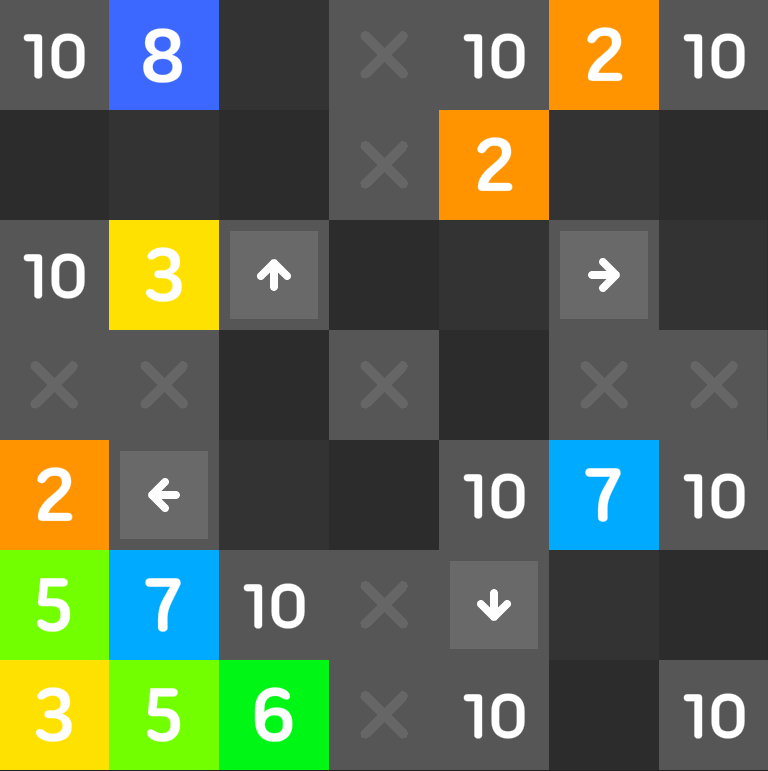 On top of that, it’s not long before each level contains pre-placed solid blocks, forcing you to work around obstacles created by the designer, rather than yourself. Oh and how about solids that can only slide in the direction specified by an arrow on the block? Or blocks that turns a positive into a negative (it’ll make sense)? Now imagine having all that in one big level full of numbers. If your head isn’t spinning by now, then color me impressed.

It all still boils down to basic math though, with addition, subtraction, multiplication, and division all making an appearance, making each level more complicated than the last. At the time of writing, 10 consists of 300 number-centric block-sliding puzzles, so chances are it’ll keep you busy for quite some time. Fortunately, the game doesn’t feature any sort of rating system and you’re not forced to go through the lot in order either, as they’re separated into thirteen sections. Some of these act as an introduction to new blocks, like the aforementioned polarity switching sort, while others merely bring along an overall increase in difficulty. 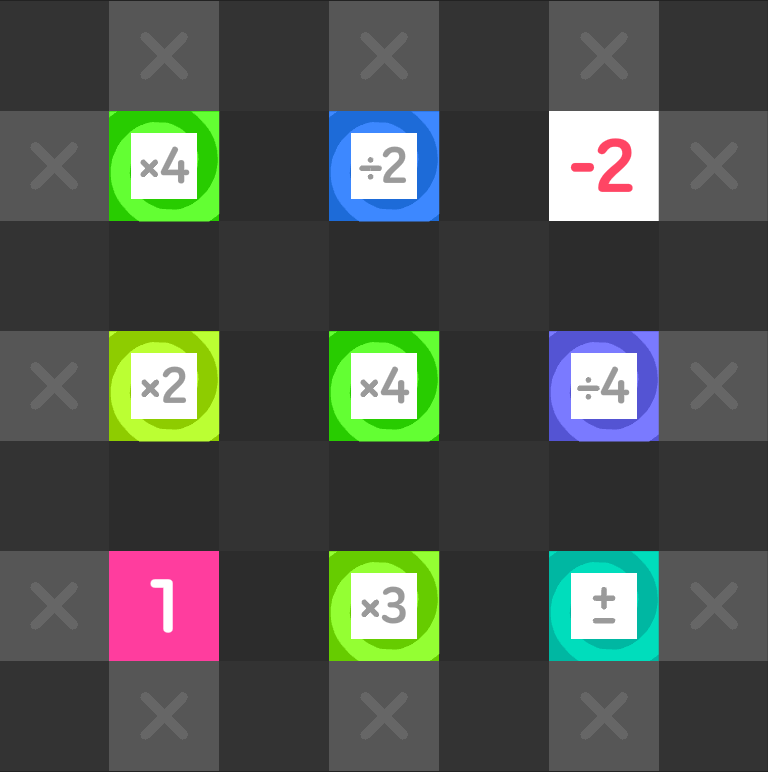 But alas, at the end of the day, numbers will be numbers and there’s only so much that can be done with those things. Yet with a nice variety of blocks, each of which relates to the core experience, and a wealth of fun math-based puzzles, 10 manages to be nothing short of amazing. A game that’s very easy to learn but incredibly hard to master.

10 will set you back $2 on iOS and Android. Those who feel a need to ‘sample the goods’ first need look no further than 9 (iOS and Android), with its 72 levels and doesn’t cost a single cent. Alternatively, there’s the browser version of 10, which contains 55 levels.

Watch this video on YouTube.
Facebook Twitter LinkedIn Pinterest Tumblr WhatsApp Telegram E-mail
Previous article Use Your Reflection to Race the Clock and Reach the Top In 'Light Fantastik'
Next article Blink Bundle Takes the Stage With Something for Everyone