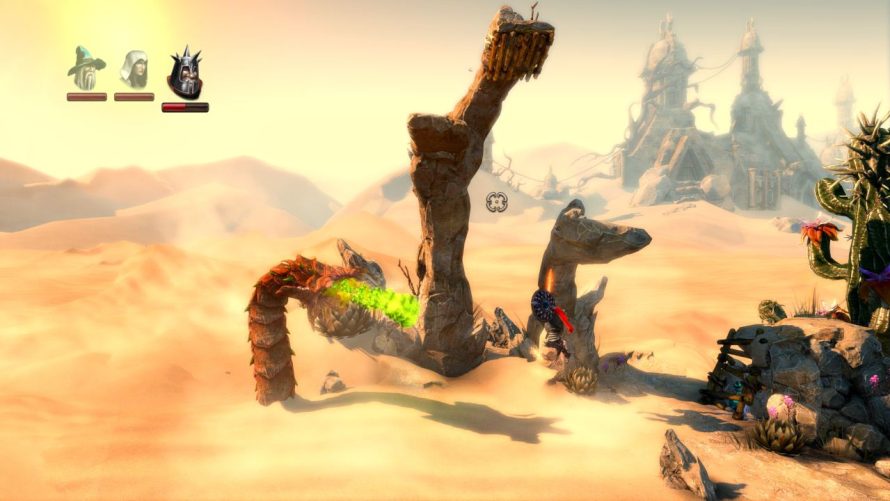 Trine 2 tells the tale of a warrior, a wizard, and a thief, as they set out on an adventure filled with magic, mayhem, ugly monsters to slay and puzzles to solve. Instead of controlling all three at once, you’ll be able to switch between them at any time, and along the lines of The Lost Vikings, each has a unique set of abilities. These will be put to the test during both monster bashing and maybe even more so when a puzzle needs to be solved. It’s been available on PC, Mac, 360 and PS3 for a while now, but the launch of a new console needs at least one exclusive game (or at the very least, exclusive content in a port). Say hello to Trine 2: Director’s Cut on the Wii U.

But what makes this a “director’s cut”? Well, it comes with the Goblin Menace expansion (which is premium DLC on the other systems), along with a ton of changes and tweaks here and there -- combine all that, and this just be the definitive version! There’s also talk of an upcoming Wii U exclusive multiplayer mode called Magic Mayhem, which is bound to be a fun (and chaotic) addition. Speed-runners are going to have their hands full learning each level all over again, as they have all been modified from the original PC/Mac/XBLA/PSN release.

Also on the list of additional content is a brand new non-campaign level that requires some shard collecting to unlock. If their placement is anything like the experience orbs in the main game, these will more often than not be in hard-to-reach places, so have fun with that! I’d recommend bringing a friend or two along, either across the Internet or from the comfort of your own home -- it certainly made the puzzle solving of the original version easier.

Those concerned about peripherals need not worry, because this game is anything but picky when it comes to controllers. You can play it with either the Wii U Gamepad, Wii U Pro Controller, Wii Remote/Nunchuck combo and.. even the original Classic Controller (yay!). Trine 2: Director’s Cut can be purchased right now from the eShop in North America for $19.99, but Europe will have to wait until November 30.