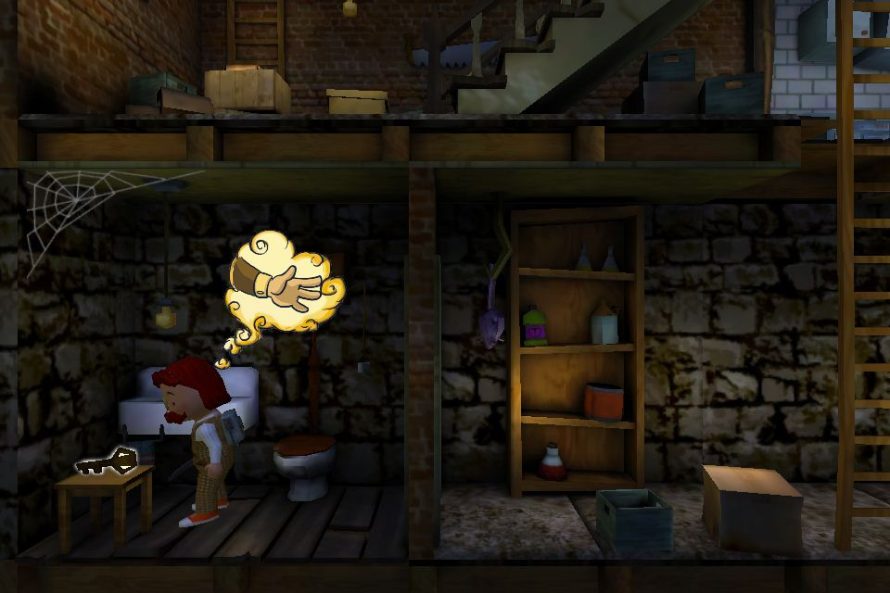 Bullies are the worst. They’re a senseless bunch who prey on the misfortune of others, and some of these jerks even practice the art of tyranny in the afterlife. As such, ghosts are in need of assistance against these hoodlums -- yours to be exact, in this spooky adventure.

If I was Cecil Sparks, my career choice would definitely have been different. Dealing with spirits can be incredibly dangerous if books and movies are anything to go by, but here he is, one man on a quest to stop ghastly bullies and other paranormal problems. While a noble cause for sure, his current endeavor is quite an undertaking, as it involves helping a dead rock legend deal and dealing with a mischievous ghoul! Spooky.

That said, the whole thing is more light-hearted comedy than horror, though; more Ghostbusters and less Poltergeist. Also, while it may look like your average 2.5D puzzle at first glance, the inclusion of a ‘hotspot’ system does give it a point ‘n’ click adventure vibe, and ghostbusting almost seems like a… mini-game? And where does it take place? Why in a haunted mansion of course! This means there’s plenty of ground to cover, as Cecil attempts to unravel the mystery revolving around Marshall Staxx [the dead rock legend]; oh right, and that ghoul fella.

The Phantom P.I. Mission Apparition is coming to mobile app stores in time for Halloween 2013!

And that’s the closest thing to a release date you’re gonna get. Although given its supernatural theme, I suspect we’ll see it on All Hallows’ Eve (October 31) and not a day sooner. As for what Rocket 5 Studios mean by ‘mobile’ is unknown at this point, but hopefully The Phantom P.I. will be on both iOS and Android. Would be a shame to limit its haunting potential after all.