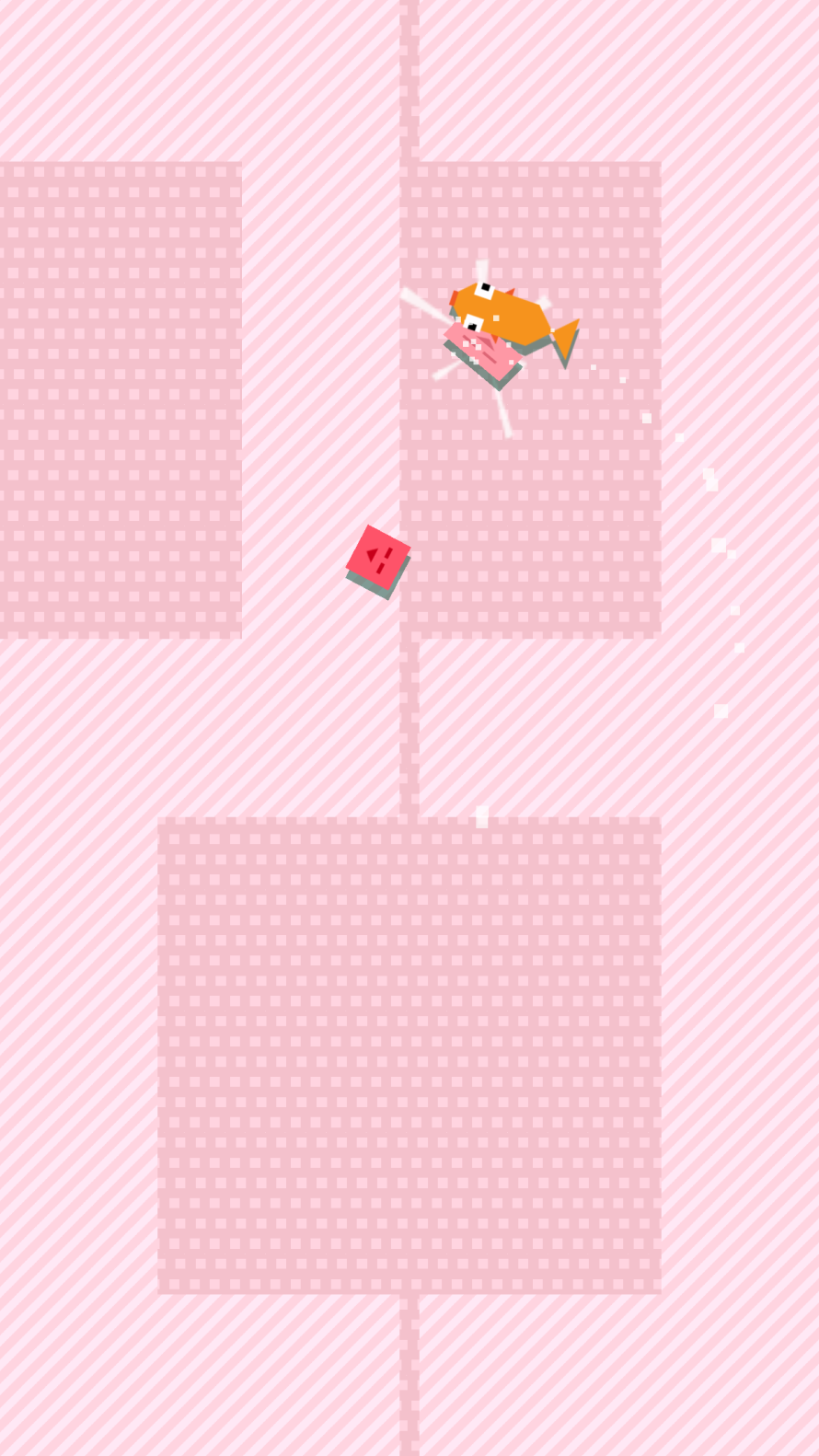 It’s a well-known fact that Pong has been around since the beginning of time. Some would even say that it was there when the universe was created, but honestly, that’s a bit of a stretch. Just a bit. Right. Anyway, my whole reason for bringing up Pong -- since it’s hardly an indie game (I know, shocking!) is that… Ian MacLarty’s Jelly Juggle kinda resembles it. At least the ball and paddle aspect, as well as having the player somehow keep any and all balls -- or jelly in this case -- on-screen. Oh, and the paddle has been replaced with a fish. A surprisingly sturdy and slightly malfunctioning one at that, refusing to do anything but swim counter-clockwise. Stupid fish.

That said, while basic in nature, Jelly Juggle is actually surprisingly addictive -- to the point where I found myself playing it much longer than most one-touch games in the past. The time did come when my limit had been reached though, but not before I had progressed through enough stages to write this very review. Stages which started out nice and easy, just a single jelly to juggle (oh, now the name makes sense!), and then continued to escalate until I was bouncing no less than three on that darn fish. Yup, three. And remember: the little fishy paddle only moves in one direction while you press down on the screen. No turning back here, so better make sure you don’t travel too far -- or all will be lost.

Well, lost until you manage to tap that appropriately sized ‘Play Again’ button, at which point the current stage will start over… with a similar pattern. See, much to some people’s dismay, the jelly in each stage -- from Mellow Melon to Bubblegum, which is as far as I got -- moves a specific way every time you restart said stage. But once initial contact with the fish has been made, the movement pattern of each jelly is no longer predetermined, instead defined by how/where it hits. And then there’s the Bubblegum stage, in which the darn jelly almost has a life of its own, swaying back and forth unpredictably! Fortunately, I had cleared more than a handful of stages at that point, so it’s not like the difficulty simply spikes from one to the next. Quite the opposite in fact. 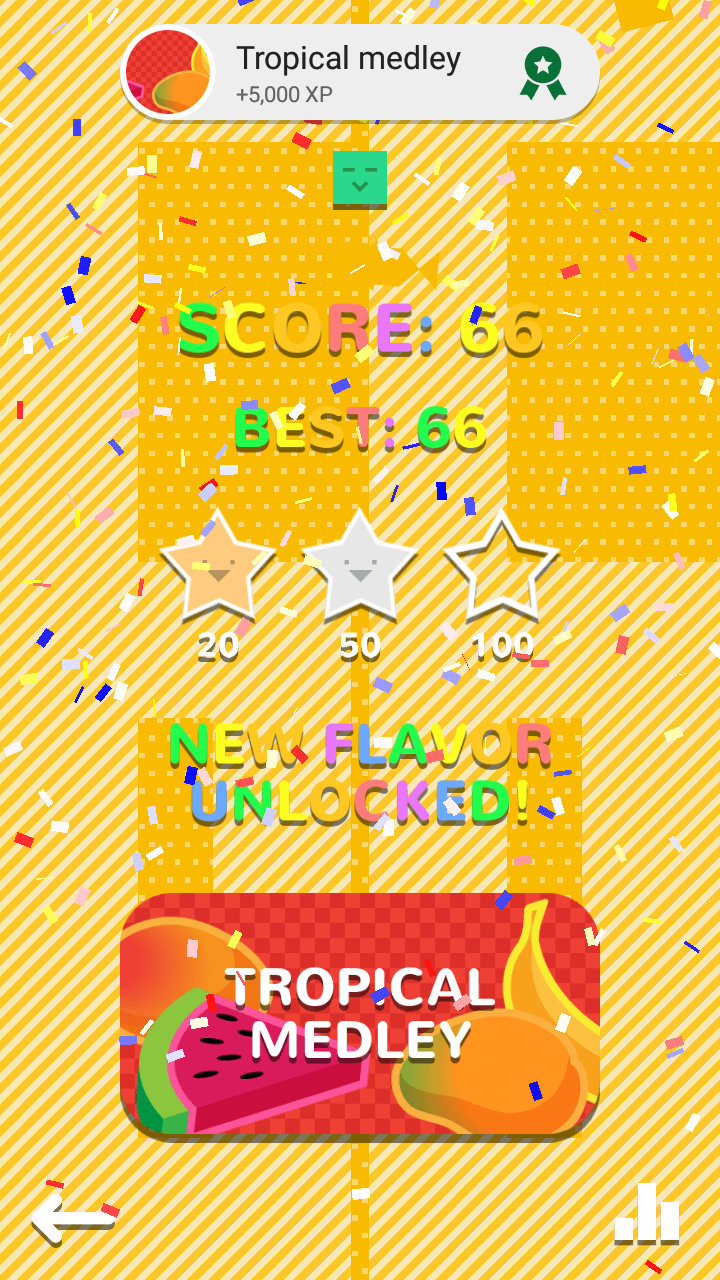 Oh, and speaking of clearing stages: unsurprisingly, stars are required to unlock more… and more… and more (there are quite a few!). Not something I’m usually a fan of, although in Jelly Juggle‘s case, eh, worth the effort. Besides, chances are you’ll end up with a favorite, whether it be the triple jelly, the sporratic blue, or perhaps even the first stage. I certainly played the first one long after being granted access to the other, at least. There was just something about juggling a jelly around with a fish that hooked me. One jelly, one fish, no obstacles. Until a crab, of all things, started walking across the screen. Not sure who invited that thing to the jellyfish (get it?) party.

Also not sure why rotating a fish to play 360-degree Pong is as much fun as I found it to be. But I suppose some things are not supposed to make sense. In fact, I’d say this one is better explained through first-hand experience, so… if you own an iOS or Android device, Jelly Fish is an easy (even if the game isn’t!) recommendation.

Jelly Juggle is available from Google Play and iTunes, with a $1.99 IAP to remove ads.

Jelly Juggle!
Facebook Twitter LinkedIn Pinterest Tumblr WhatsApp Telegram E-mail
Previous article A Little Girl's Imagination is Serious Business in 'Lydia' - But What About the Monster?
Next article Buckle Up, Aspiring Gamedev Heroes: MAGS June is All About a Grand "Rescue"