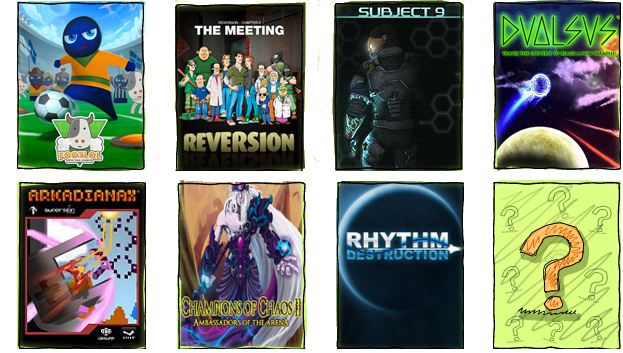 Man, everyone’s a bundle this week, and now Indie Royale has also joined the fray with The Debut 6 Bundle! Although with an obscure spin on soccer, a rhythmic SHMUP, sci-fi action, a pointy and clicky adventure and more, there’s bound to be something for everyone.

Seven games, one mystery title, no Steam keys because, well, didn’t you catch the Greenlight part in the title? Plenty of Mac games this time and even some for the Linux crowd. Price drops every time someone pays more than the average. YERZMYEY’s Microsongs album is the musical addition, which will be included by forking over at least $2.99 at the checkout counter. Now, let’s check out the debutants and… REMEMBER TO VOTE! Because I know for a fact that some of you have been slacking. 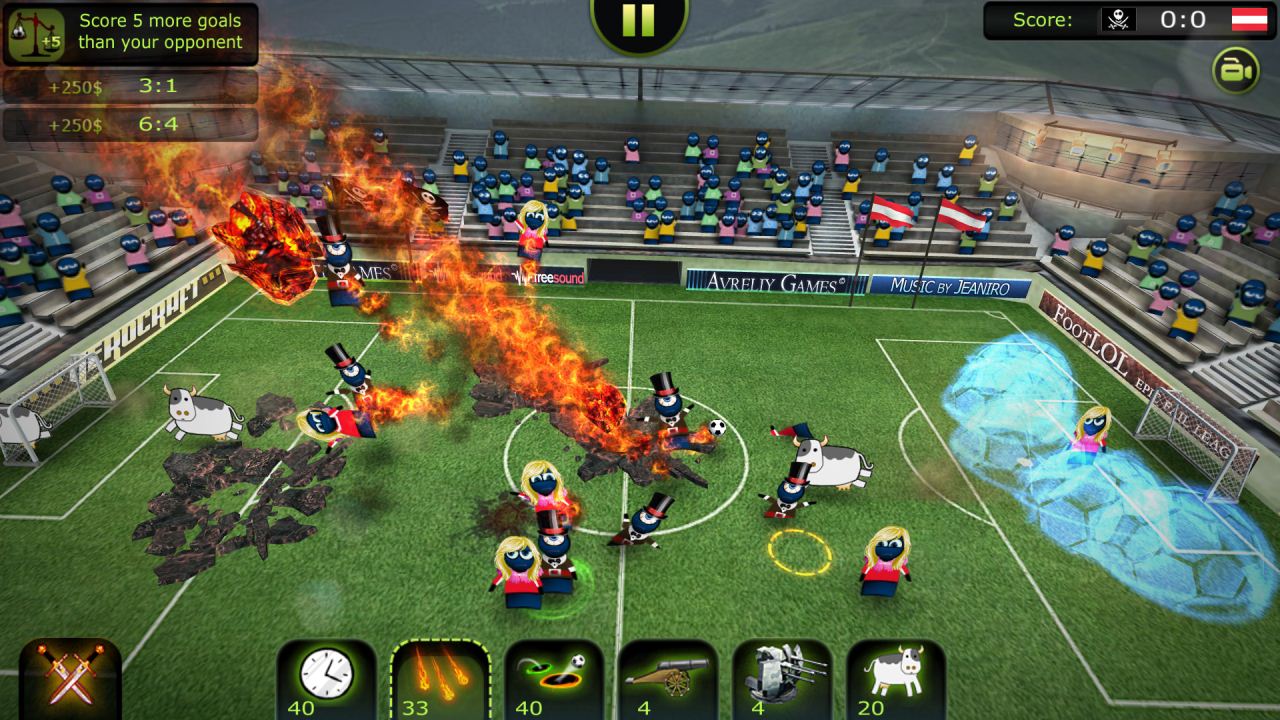 FootLOL: Epic Fail League (Windows, Mac -- Desura) Greenlight
We all love soccer – but how badly do you want to win? FootLOL lets you use mines, shields, UFOs, cows, glue and many more cheats to decimate the opposing team and protect your players. Your opponents have often got the same tricks as you so it’s not as simple as knocking the ball in. You’ll need to beat each level’s targets– which might mean losing! 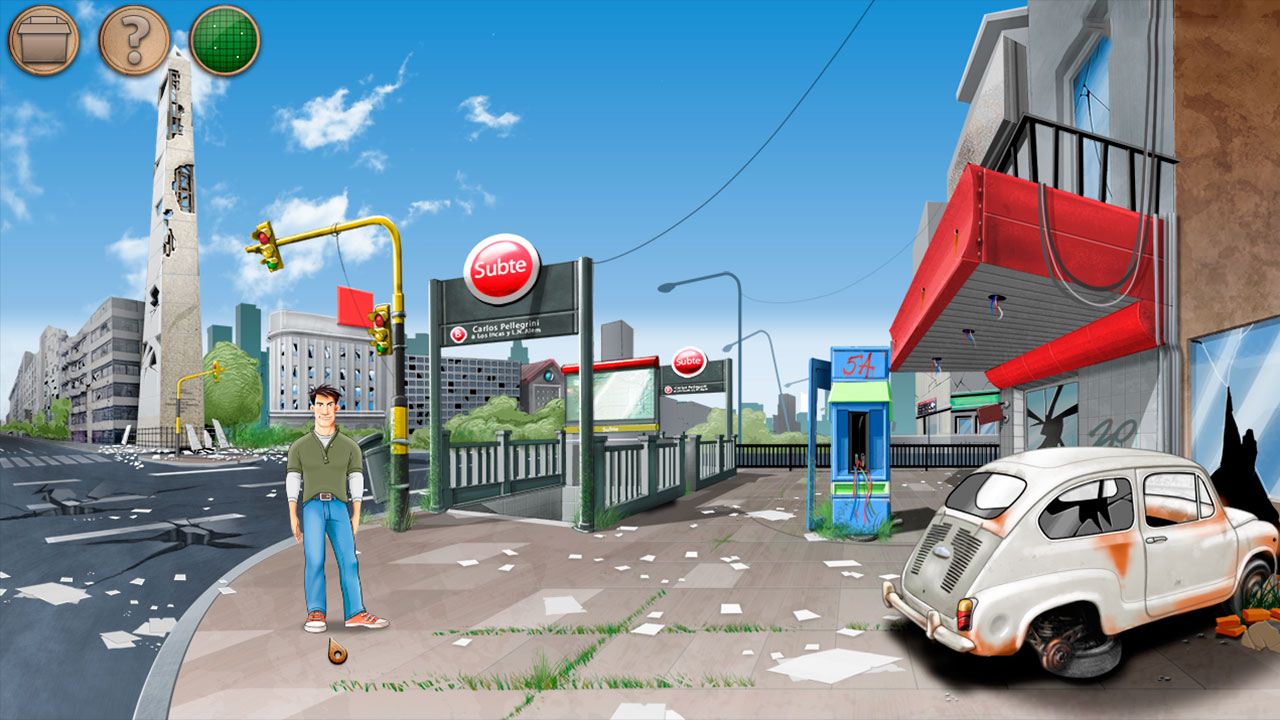 Reversion -- The Meeting (Windows -- Desura) Greenlight
Inspired by classics of the genre from Lucas Arts, Sierra or yet Pendulo Studios, 3f interactive thought its game for the fans of old school adventure games. You will be propelled to a desolate future, robbed of your memories and looking desperately for a clue to understanding your predicament. 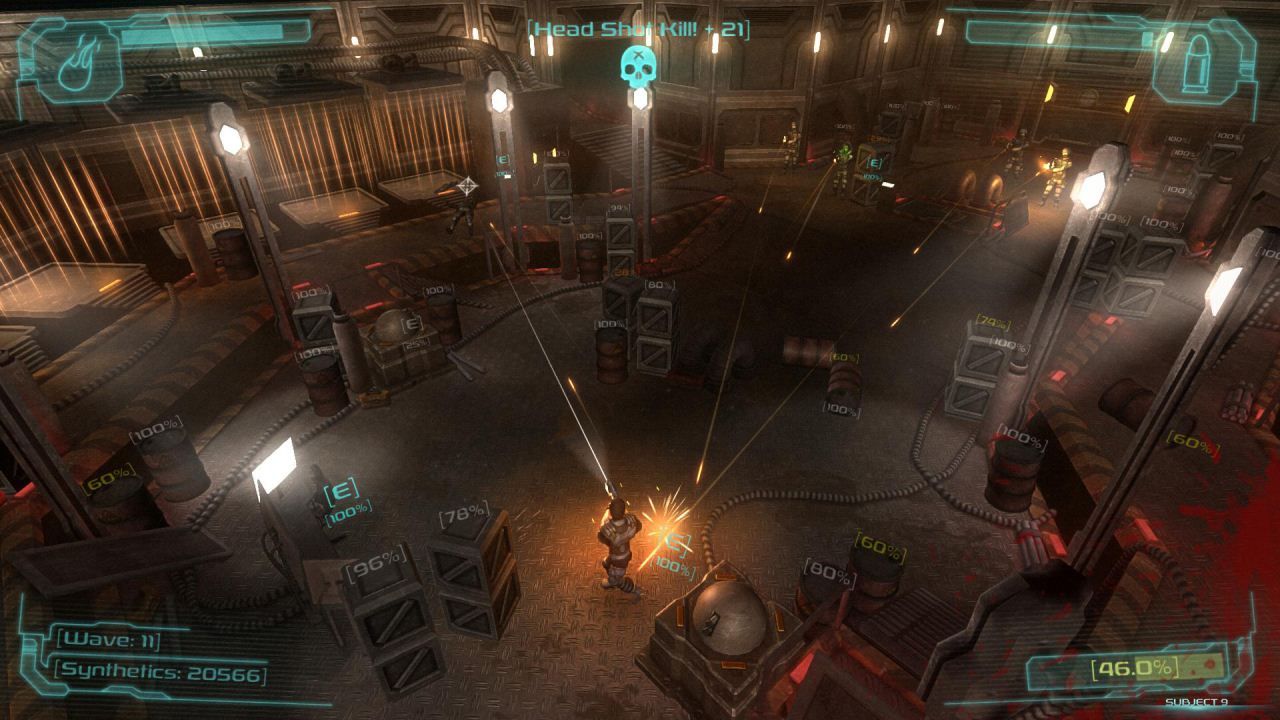 Subject 9  (Windows, Mac -- Desura) Greenlight
Subject 9 is a unique game that challenges players to fight to survive, using the environment to help aid the cause, and elemental powers to lay waste to anyone who stands in the way. Set in the future, the game is about a human weapon, Subject 9; is granted super human powers by a corrupted company that’s attempting to contain him as he escapes for freedom. 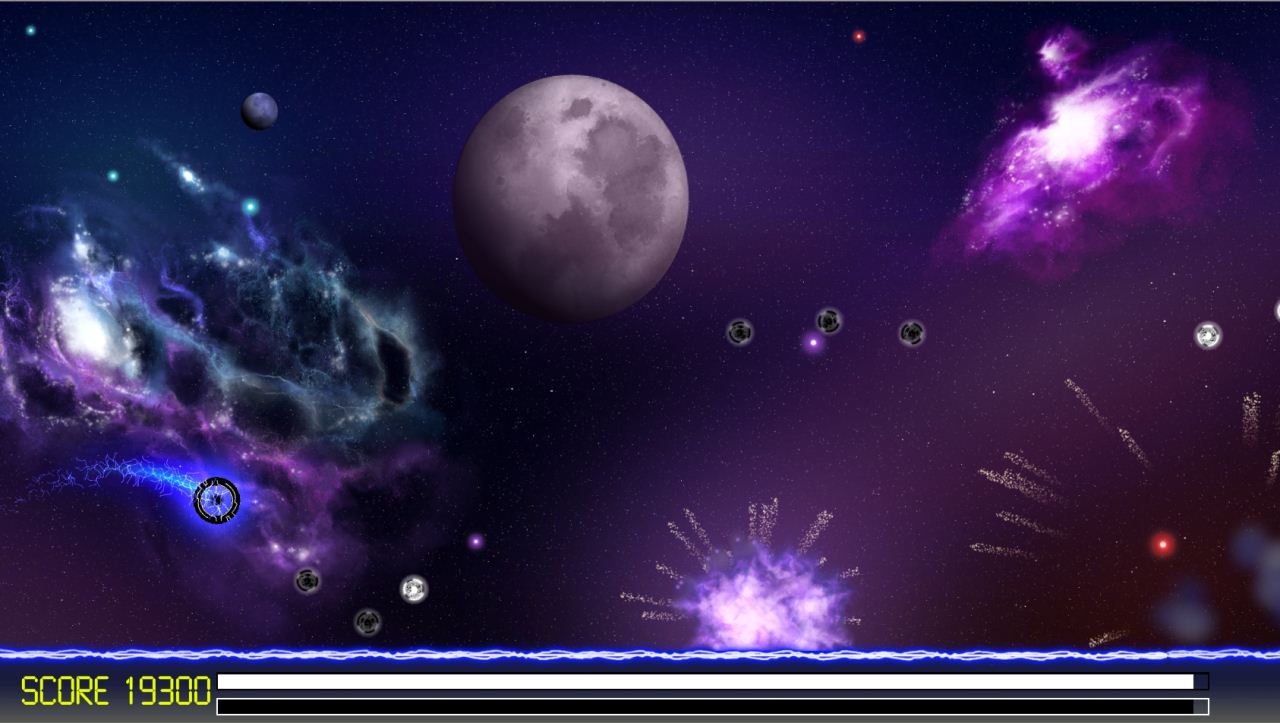 Dualsus (Windows, Mac, Linux -- Desura) Greenlight
Dualsus mechanics are simple, yet extremely profound: move through a horizontal scrolling while a number of elements that, according to the color they are, we’ve to dodge or catch. Our protagonist changes color -from white to black- every time you bounce on the basis or every time you jump, making the game an interesting (and hard!) challenge.

ARKADIANAX (Windows, Linux -- Desura) Greenlight
As pilot of the ARKADIANAX, face both 2D and 3D enemies blended into a whirlwind of nostalgic and modern gameplay, grab items and upgrade your beastly cannons to take down anything and everything that appears to be in your general shooting direction. Discover a colorful multi-dimensional world that requires your expert knowledge in arcade classics to protect and guard the universe; shoot bullets, bombs and massive fists of fury in this explosive space-age shmup! 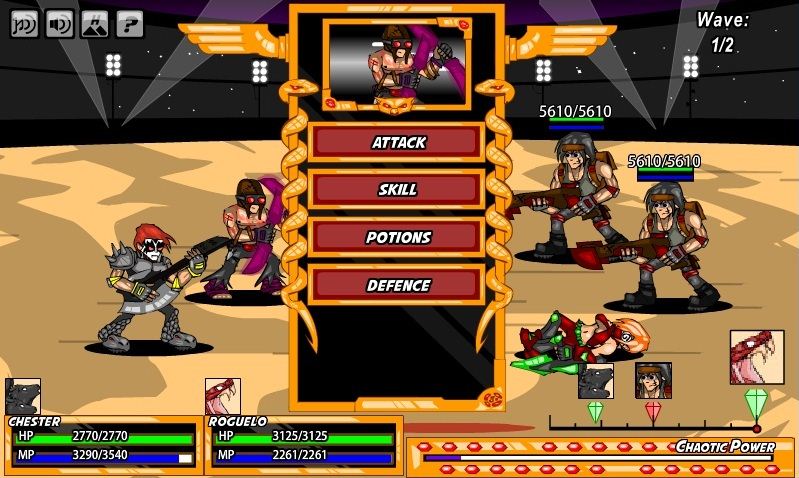 Champions Of Chaos 2 (Windows -- Desura) Greenlight
Champions of chaos 2 is an Arena turn based RPG where the player can combine up to 10 different classes in a two man party to fight waves of enemies and gain reputation and allies. The battle system combine elements of “Grandia” and final fantasy with “Marvel vs Capcom” special moves. You lead a two character party of ambassadors, warriors of the rebel forces, looking to make an alliance with the free nations of the west in order to have the military power to fight back the advancing dark emperor forces.

Rhythm Destruction (Windows -- Desura) Greenlight
Rhythm Destruction is a rhythm / shoot em up(shmup) game. Inspired by classic shooters such as Ikaruga & Gradius and infused with the intensity of addictive rhythm gameplay, it is unlike anything you’ve ever seen before. Blast your way through 10 thrilling and challenging stages, fueled by the sounds of upbeat electronic music.

Don’t forget that Indie Royale’s The Debut 6 Bundle will only be available for little less than six days, so don’t wait too long; unless you enjoy paying full price for indie games, that is. Nothing wrong with that, but since a bundle has been made available and all -- might as well, right?