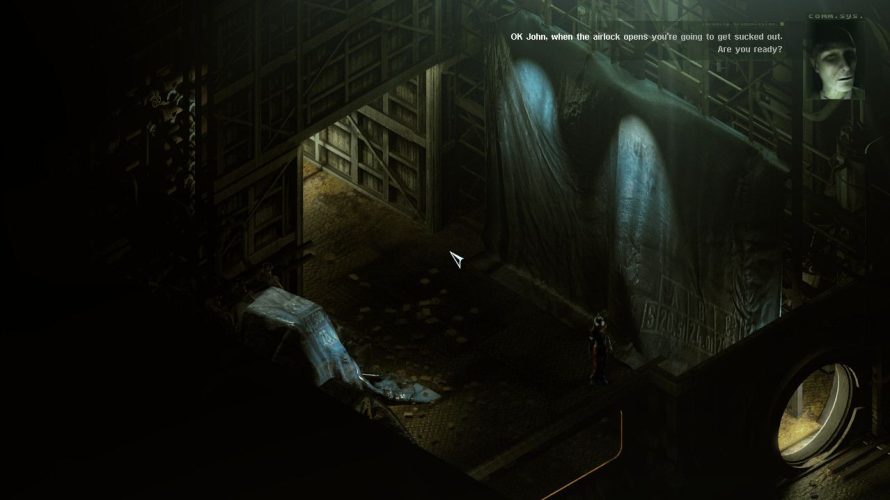 In space, no one can hear you scream… or so they say. I’m willing to bet the horrifying scenarios found within this pointy and clicky sci-fi adventure will make you shriek in terror, though.

Humans have proven time and time again that they’re willing to go through fire and water to save loved ones. Unfortunately for John Maracheck, fate has decided that it’s his turn to do just that. Upon awakening from stasis on a repurposed mining ship, he finds that his wife and daughter have gone missing. On top of that, the ship is spiraling out of control, heading straight towards a cluster of methane clouds; basically, he’s in a world of trouble and time is of the essence!

If, like me, you’re eager to play adventure games that are more ‘mature’ than your typical comedy-based title, it seems The Brotherhood might have just the thing… in 2014, that is. See, the only version of Stasis currently available is an alpha demo, which contains the first chapter. That should prove a sufficient appetizer though, as well as help you figure out whether or not they’re deserving of your support on Kickstarter.

Stasis is set in a time of blurred morality, where corporate pursuits of profit outweigh the rights of the many.

While its pre-order tier is $19, going higher will – as usual with crowdfunding – net you certain ‘collectibles’; provided your wallet can handle it. How about a boxed version of the game, along with the soundtrack on a CD, for $78? Going as high as $149 will also get you a boxed version, except… signed and numbered, along with an additional digital copy; oh and your name on a corpse, because, why not? So let’s get Stasis kickstarted (and greenlit)!