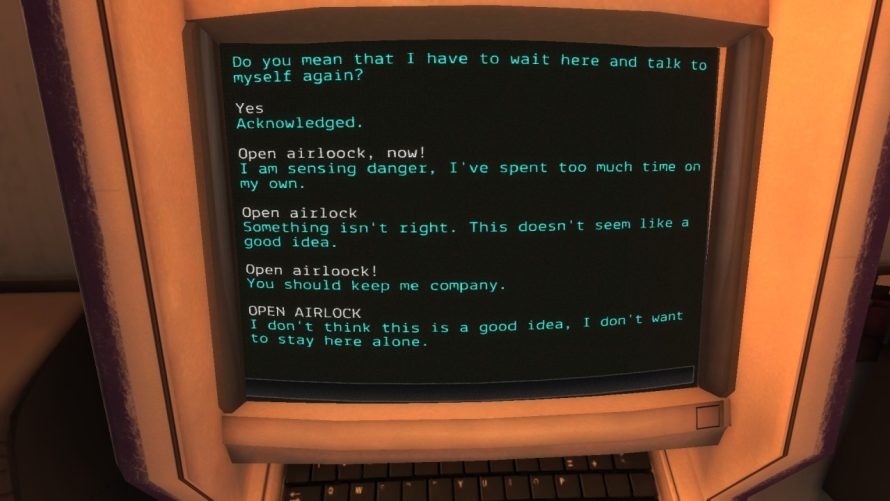 No one wants to be stranded in deep space. No one. Actually, maybe those with a death wish, only… I’m not among them. In fact, I’d like nothing more than to get back to Earth, but this darn self-conscious computer won’t let me! We did have some fun chats in this preview build of Event[0] though.

In case the above made absolutely no sense: Event[0] is a “narrative/exploration game”, in which you -- the player -- has somehow ended up stranded on an abandoned spaceship. So far so bad, and it gets even worse. Kinda. Regular controls don’t exist on this vessel. Instead, everything is handled by the aforementioned computer; a computer with a quirky personality and some serious self-esteem issues, I’d say.

For the most part, common phrases were interpreted as I expected them to, which was a nice surprise. I mean, surely we all remember the limited interpreter of classic text adventures, right? Yeah, this one’s definitely more advanced than that. Also, you get to roam around in first person, when not hanging out with the resident AI. A strange mix to say the least, and undeniably confusing at first. Although hopefully, little by little, as development progresses, I’m sure the bigger picture will become clear. Eventually. 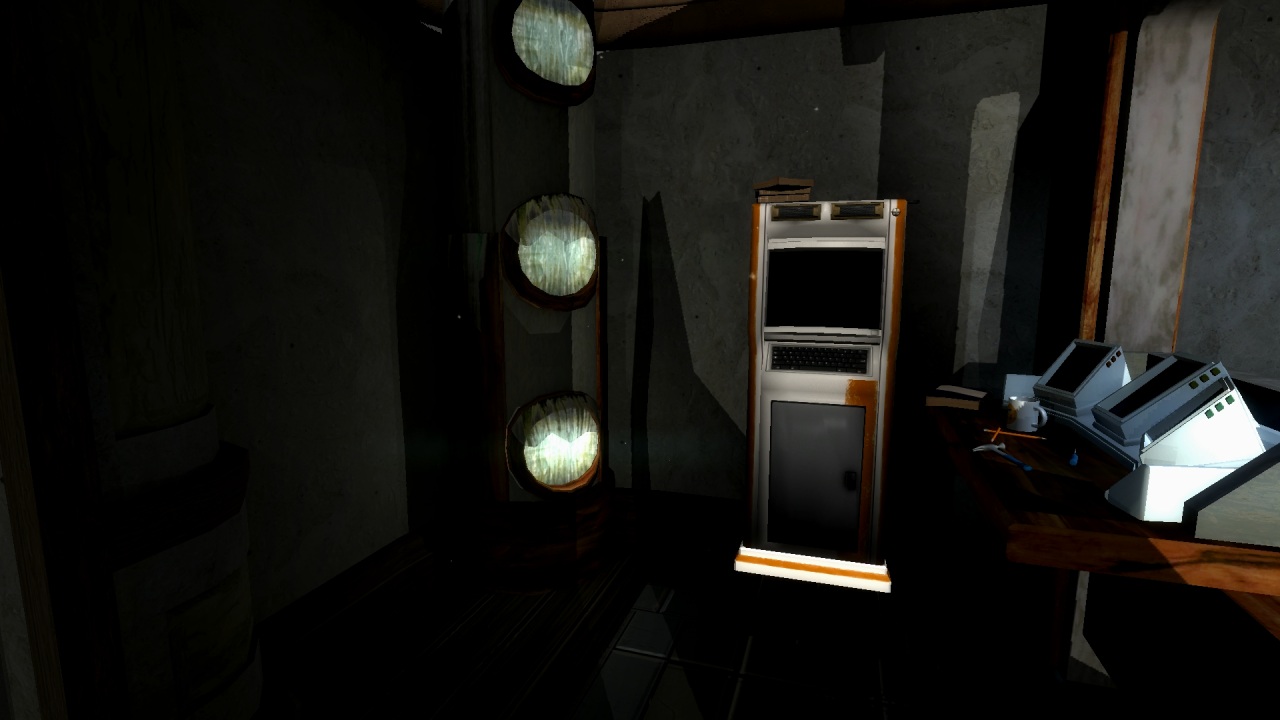 What I mean by that is… the version I played, it was tagged as the first playable (non-public) build, meaning that it’s not feature/content complete yet, and everything about it is subject to change. That said, it was still entertaining enough for me to want to explore further, see what its creator has in store for both the protagonist and the computer alike.

But for now, you’ll have to settle for the gameplay video (below). Oh and be sure to keep an eye on the Event[0] website/Twitter for updates.