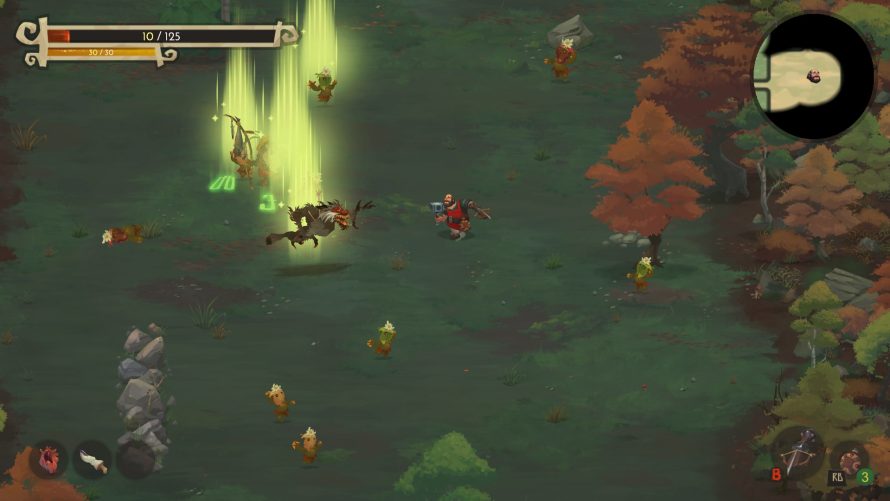 Ivan, one-handed blacksmith and protagonist in Yaga, is down on his luck. Big time. Perhaps a lengthy journey through this choice-driven action RPG is just what the doctor ordered, though. But who can you trust, and what are the right choices… if there is even such a thing? The poor guy is also stuck between impossible tasks, a manipulative witch, and his grandma who’s more than a little eager to find him a wife. Yup.

However tempting it may be to simply lay waste to everyone that stands in your way, killing first and asking questions never, such brute methods won’t get Ivan far. A little roleplaying, some persuasion, and a hint of kindness might go a long way towards unlocking whatever secrets this world holds. Might end up getting him cursed too. Either way, won’t know unless you try. And fail. And then retry. Or some such.

Pagan beliefs and superstitions are key to unlocking hidden secrets, getting house spirits on your side, or avoiding the powerful curses of unclean creatures.

There’s a lot to see and do here, and even the most trivial actions could potentially change the entire world. More likely, however, it’ll simply reshape bits and pieces here and there. Unless you attempt something truly grand, at which point… brace for impact. So, you ready to rock, roll, and help a seemingly doomed blacksmith?