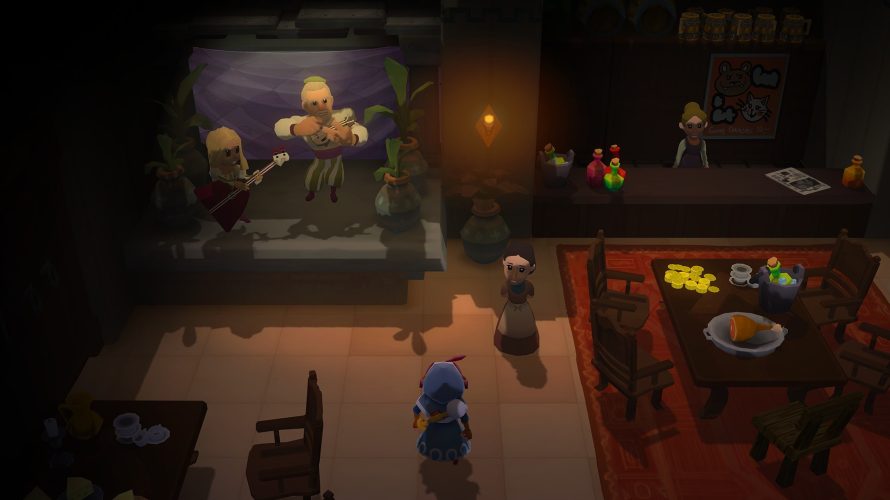 While Lumina, Knaus, Miss Teri, and Lord Clonington couldn’t possibly be more different, somehow, their fates are still intertwined and a strong bond is shared between them. Translation: the lot needs to work together to survive… some ancient prophecy or other. Oh, and their adventure through World to the West – which is bound to be a grand one – actually takes place in the Teslagrad universe! Groovy stuff.

That said, as is often the case when the word ‘ancient’ is involved… our little protagonistic team of would-be heroes will not have an easy time, even if the group does contain not only a strongman but a Teslamancer too. Abilities will be put to the test, and you’ll need to make use of everything at your disposal to survive what the world has in store, smashing and bashing as you go along, perhaps even forcing your enemies to battle each other? Fight! Fight! Fight!

Travel trough corrupt colonies, lush jungles and frozen tundras, as you snoop through the secrets of a forgotten civilization.

Then, when you’re not overly busy kicking ass and taking names (or simply trying to stay alive), perhaps there’s room for a bit of exploration? Who knows what wonders may lie hidden inside that cave over yonder, or if the old woman in front of you might be willing to share a formidable secret? See, not everyone’s out to get ya, and some may even be downright helpful – if persuaded properly. Who knows, you may even run into a familiar face or two, seeing how World to the West is set in the same universe as Teslagrad.

World to the West is available from Steam, GOG.com and Humble, as well as for PlayStation 4 and Xbox One. Wii U version is still being worked on.