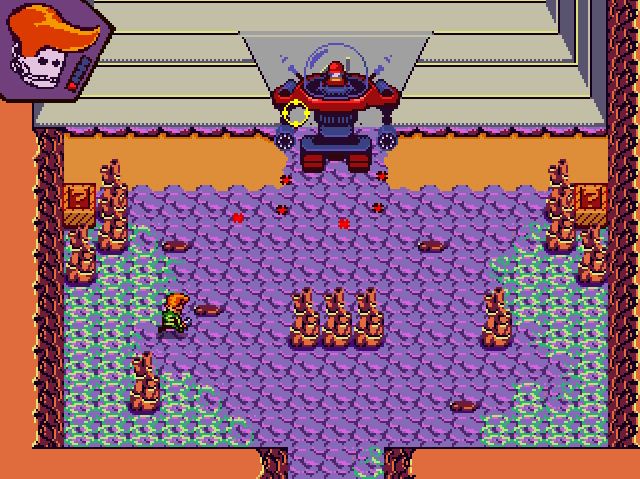 Remember how the communists won the space race? Oh wait, they didn’t! Except… In Venusian Vengeance they did (yay, alternate history). As such, you’ve been tasked with sneaking into their secret base on Venus (of all places) and stop them from creating a new super-weapon.

Venusian Vengeance is pretty much all about shooting bad guys (and robots). I’m sure there is a story somewhere, beyond the whole “communists building a super-weapon”, but I couldn’t really tell as I was too busy dodging enemy fire and shooting back at those poor bastards pretty much all the time. It sure was fun though, and with very simple controls (WASD to move and left mouse button to shoot), nothing got in the way… of… the… SHOOTING! Oh boy…

Think I’m exaggerating? Try the demo then! It’s available right here, from where the game can also be purchased for $4.49 during its first week, after which it’ll be $7.49. A Desura release also on the way, at which point those who bought it prior to that, will be given an activation code. And last but definitely not least, the soundtrack is available from Bandcamp for $3.

Update: It has arrived on Desura.