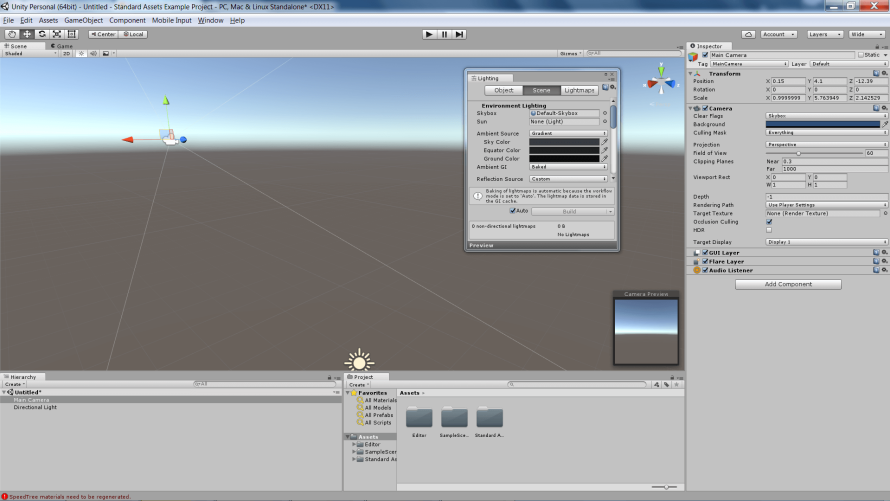 The release of Unity 5.4, beta tag aside, is a pretty big deal. Not only does it include better VR support and IAP improvements, but also groovy lights and something something zooming (wait, what?), among other things. Very cool. Slightly less cool, however understandable, is the removal of Web Player, PlayStation 3 and iOS 6 support.

That said, Web Player deployment is still a thing -- but you’ll have to use the newly released Unity 5.3.4 (or older). Given the WebGL improvements Unity 5.4 brings to the table, there really isn’t many a reason not to make the switch anymore. Even more so, since users will need a rather outdated browser to run Web Player games, making it quite the hassle for both parties. Another plus to making the transition is that Unity 5.4 boasts faster build time for WebGL applications. Win-win situation.

VR. Love or hate this fancy new tech, at this point, there’s little doubt that it’s here to stay and that it’ll only get better over time. As such, it’s hardly a surprise that this version of Unity also improves the engine in that area. Users can now “build to SteamVR, Oculus Rift, Gear VR, and Playstation VR devices through a single API”, making the overall process noticeably faster. Along with that, they’ve also made mention of overall rendering and performance, which are obviously always a welcome addition.

We listened to what you had to say about the quality of final releases, so in order to get more feedback on real life use before we push anything to final, we’ve decided to release Unity 5.4 as a beta.

Oh, and speaking of things people have a love/hate relationship with: money! While a lot release their Unity creations for free, there are those who seek to profit from them too. Well, that side of game development just got a whole lot easier, courtesy of tighter integration of Unity IAP and Analytics, ensuring you’ve got the tools needed to genuinely coin the phrase “time is money”. Or something along those lines.

Note: the Unity 5.4 beta is available for all, including those using the Personal Edition.