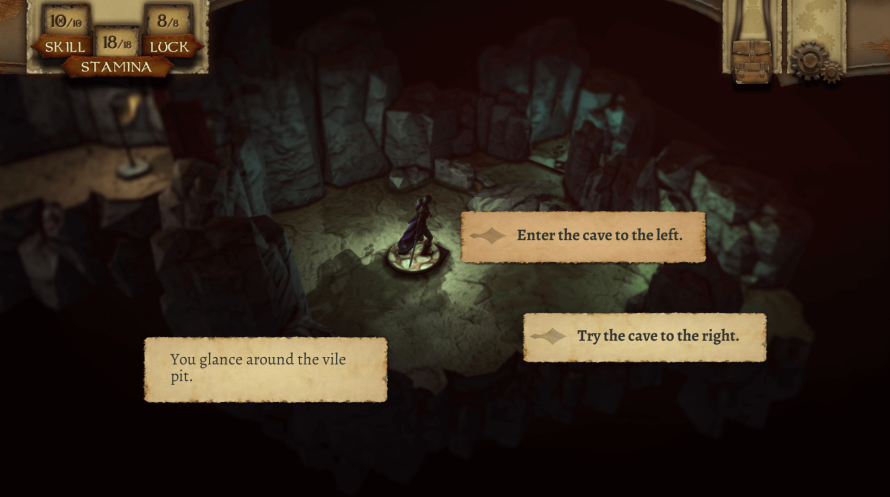 Hard to believe it’s already been three years since Tin Man Games’ reimagining of classic Fighting Fantasy gamebook, The Warlock of Firetop Mountain, was kickstarted; and the game’s only gotten better since courtesy of a mix of free updates and premium DLC. But that was then, this is now, Nintendo’s latest console is kicking you-know-what, as I’m sure The Warlock of Firetop Mountain will too, come launch.

Unfortunately, that’s likely still a while away, as the only details on the port available is this tweet, saying “It appears that something is loading on a #NintendoSwitch…” (and a confirmation from Ian Livingstone who wrote the original with Steve Jackson). Load screen on a Switch. That is all we have at the time of writing, and yet I couldn’t be more excited. I mean, sure, the game is already available on iOS, meaning this won’t be the first portable The Warlock of Firetop Mountain. It is however still going to be the first console port of this particular version, which is pretty darn groovy in its own right.

Now, what I mean by ‘this particular version’ is that, believe it or not, there have been adaptations of the book on both DS and PlayStation 3, among other; although only the former really did something with the source material to mix things up – much like what Tin Man Games did with their take… wait, did I mention how we’re talking about the very first Fighting Fantasy book? Ancient stuff, but amazing nonetheless.

The Warlock of Firetop Mountain

Facebook Twitter LinkedIn Pinterest Tumblr WhatsApp Telegram E-mail
Previous article At a Glance: Finalists of the 2017 XYZZY Awards (Second Round Voting!)
Next article 'FAR: Lone Sails' Embarks On a Journey of Discovery Across... "a dried-out seabed"?