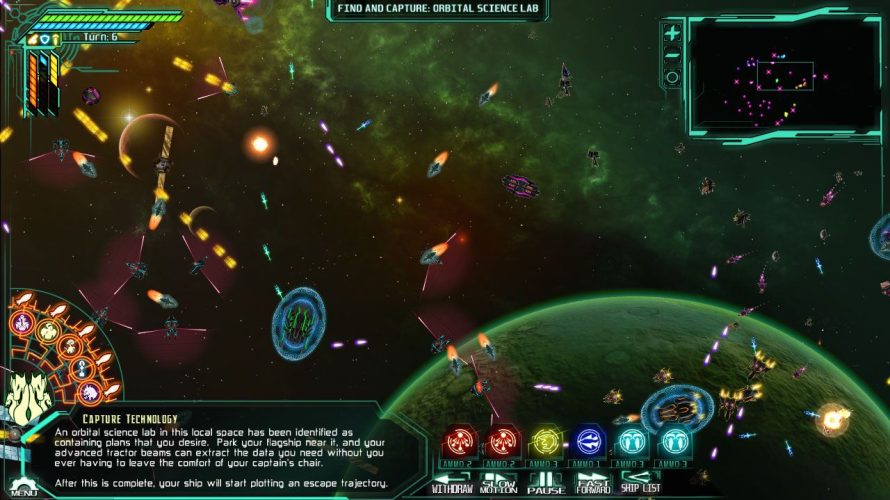 Being the last surviving member of an entire race sucks. Doesn’t matter if your kin were a bunch of ruthless dictators or not. Well, maybe a little, as you probably had it coming then. That said, such an event does tend to make people want to change and as such, you’ve got a choice to make: do you attempt to unify the other races, or simply exterminate them, in this turn-based space strategy?


It’s been almost five years since Arcen Games first released AI War: Fleet Command. Hard to believe, eh? Since then, they haven’t really dabbled much in the world of strategical space warfare until The Last Federation, which puts you in charge of a single ship. That’s right, one ship. No grand intergalactic army to help you. You do have the aid of a chatty onboard computer though, which might come in handy once the you-know-what starts to hit the proverbial fan.

I will be your computer for this “grand strategy campaign with turn-based tactical combat.” I think that’s code for “we’re going to die.”

The experience is divided into two sections: turn-based ship-to-ship combat, and cruising through an entire solar system in search of jobs that pay well, with the smallest amount of risk involved (yeah right, the more dangerous the better!). Who knows, depending on who you work for and how much you help them, there might even be an alliance in it for ya. Provided you can stay alive long enough that is, as things can get pretty crazy on the battlefield, missiles flying left and right, shields fading with each hit. 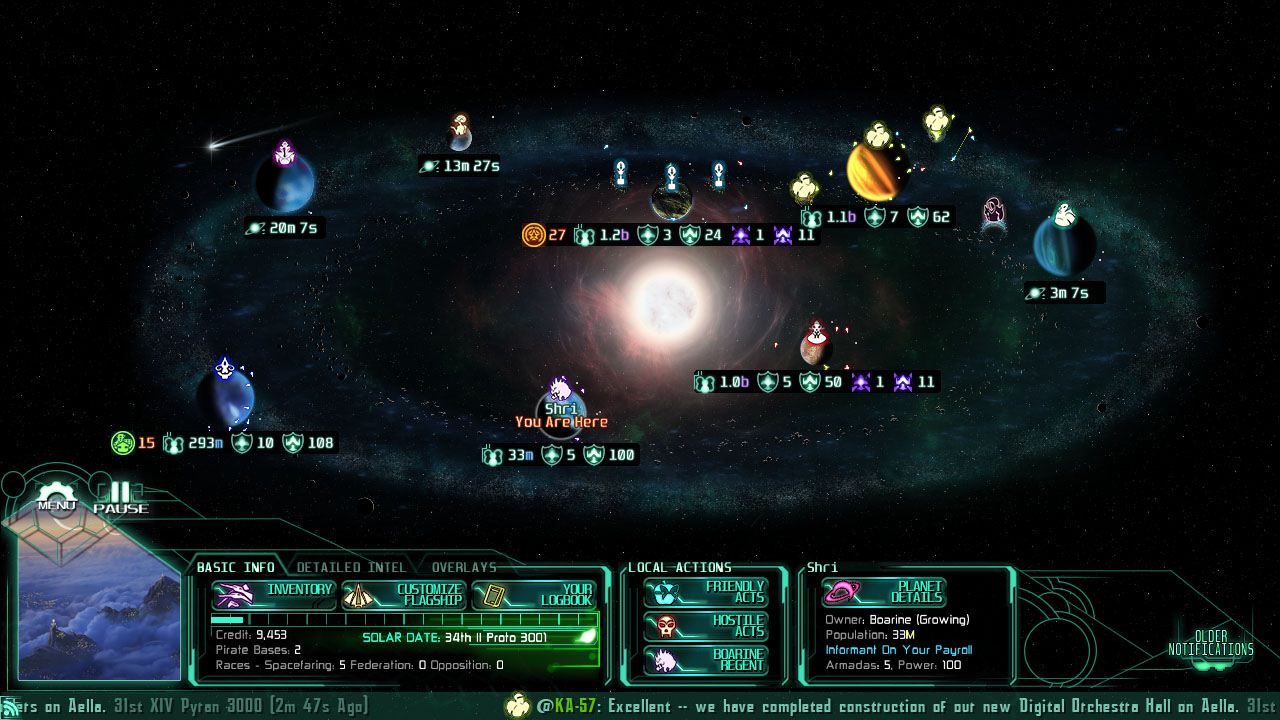 On the other hand, chances are it’ll be smooth sailing from the get-go either way, as the game features an extensive tutorial (which can be skipped). Given the complex nature of a game like this, that’s definitely a plus. Besides, given the history of your people, you’re gonna have a helluva hard time making friends, so any and all help should be more than welcome… even if you choose to play on the lowest difficulty.

Your quest will be one of politics, blackmail, bribes, explosions, odd jobs and – hopefully – lots and lots of chaotic combat. Won’t be easy, but then again, little worth doing ever is. So are you ready to step into the shoes of the last remaining Hydral and do what needs to be done, to survive?

The Last Federation is available from GOG.com, Humble Store, Steam, GamersGate and directly (via. Humble Widget), for Windows, Mac and Linux, priced at $19.99 ($14.99 until April 25), with no DRM.