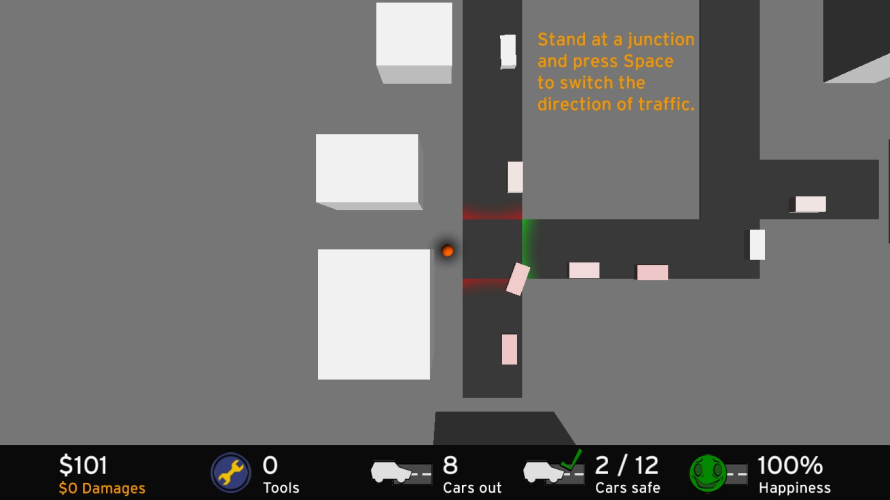 I wanted to be many things when I grew up, but man, traffic officer was definitely not one of them. Having seen how awful some people are at driving, to be standing in the middle of it all, keeping the peace as it were? No thanks. It does make for a fun video game though, complete with traffic lights to regulate, drivers that have absolutely no patience, and of course… crashes. That is unless you do your job!

Ensuring that a certain amount of cars make it safely to their destination is the only way to progress, and if your character didn’t move so painfully slow, that’d actually be a breeze. I’m not sure whether that’s intentional to increase the difficulty/tension or not, but it is a tad annoying. According to the game, “accidents are inevitable in heavy traffic” – boulderdash! They can be avoided if only people would not drive like maniacs during rush hour.

As a traffic officer, you must run around and manage a city in which humanity has embraced new levels of driving horror.

Anyway, since it’s pretty much impossible to make it through Road Rage without a few crashes, you’re somehow able to push wrecks off the road, clearing a passage for those ‘patiently’ waiting. And then there are the traffic lights. Oh man. I love how these can be switched around at the press of a button, creating chaos and destruction, or ensuring that traffic is moving along at a steady pace. While only one of those enables you to finish the level, the other can be fun too. Just remember to grab the repair kit when they [traffic lights] break down though, or… well, I’m sure you can imagine what’ll happen. 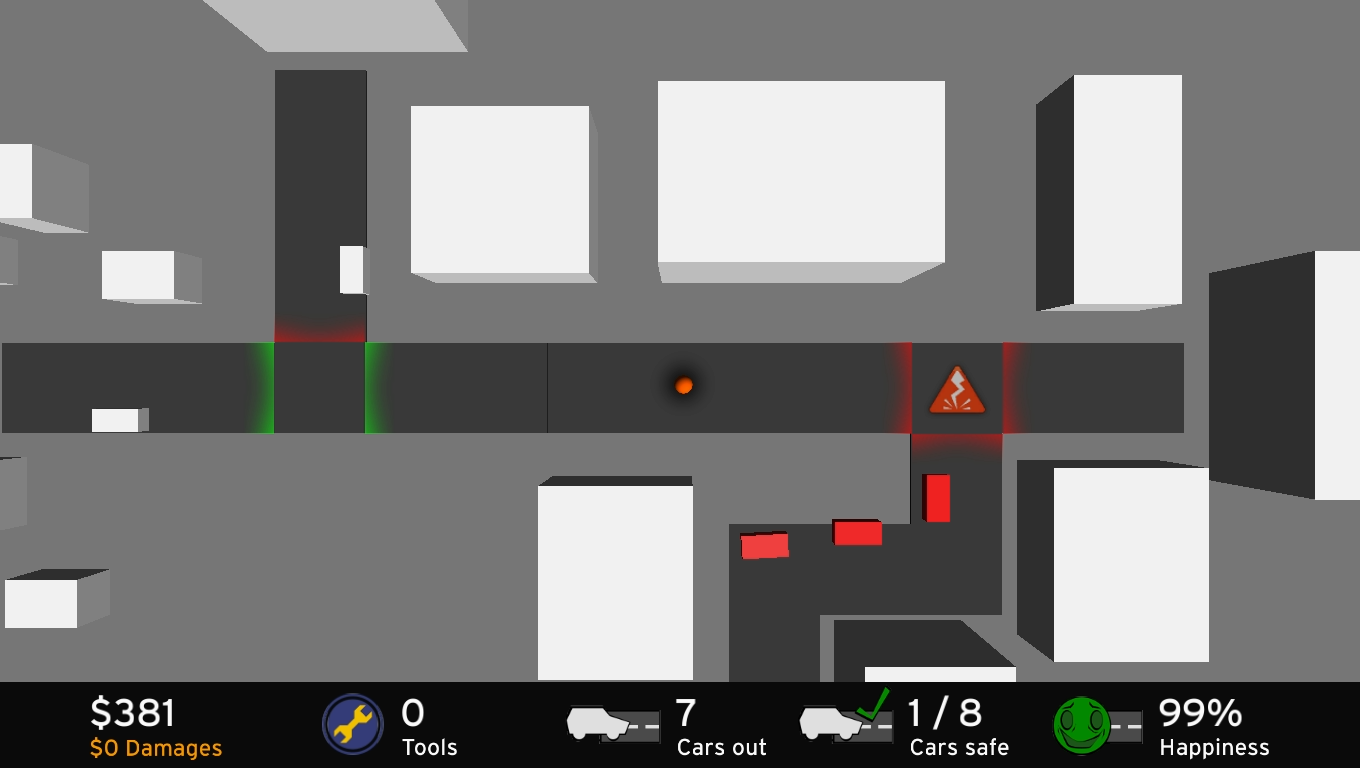 See, the people behind the wheel in this game are only willing to wait for so long before they start screaming profanities (indicated by a flood of exclamation marks) and driving like maniacs, not a care in the world for safety or regulations. Also, don’t get in their way. Trust me on that.

Given the amount of fun I had playing, it’s a darn shame that there’s only one non-tutorial level in the entire game. Then again, it was created over the course of a single weekend, and who knows – maybe its creator will expand upon it at some point? For now, what say ya visit its Ludum Dare 26 page for some… Road Rage?