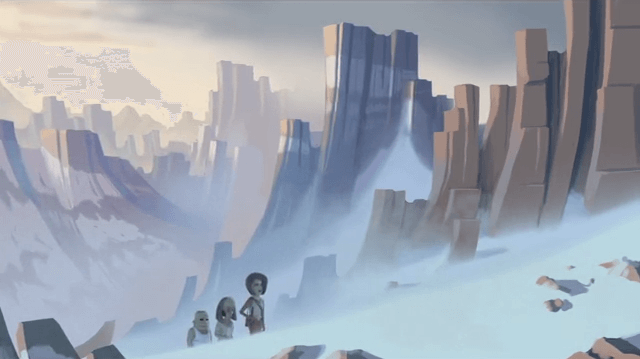 Alright so it’s actually SkyGoblin who’s attempting to get The Journey Down: Chapter Three kickstarted, not Bwana and Kito. Last time I checked, video game characters, no matter how groovy, were unable to do such a thing, after all. Seriously though, the final chapter of The Journey Down is almost upon us, and… well, its development is looking to be crowdfunded!

But first, a quick rundown for those not familiar with The Journey Down: it is pretty much the adventure of a lifetime for Bwano, his trusty sidekick Kito, and of course… the player. What begins with the discovery of a lost journal leads to so much more. Danger! Excitement! Puzzles involving coffee. Lots of coffee. Perhaps even a trip to the mysterious Underland, where every shadow plays host to a dark secret and peril looms around every corner? Perhaps. One thing’s certain: that one discovery has forever changed the lives of our two protagonists. (Alternatively, you could simply glance at my review of The Journey Down: Chapter One. Hint hint)

Now, as mentioned earlier, before this particular tale can come full circle, there’s the financial matter to deal with. How much? A quick glance at the Kickstarter page says $35,748 before 1:14 pm CEST on October 31 should do the trick. Pre-order tier’s placed at $11, while $18 – if you’re quick – gets ya all three chapters instead. Not a bad deal, all things considered. Feeling generous and/or want to name an in-game pirate? That’ll be approximately $757, and there’s only one of those left, so again – act fast. And finally, in the off-chance that the goal is not reached… I’m going to be very disappointed in point ‘n click adventure fans across the globe. Very disappointed indeed. Just saying.