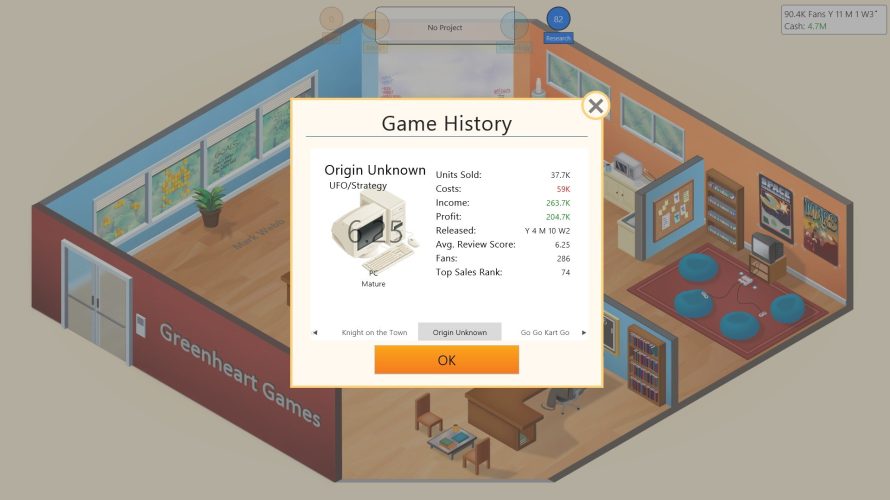 It’s not every day we see an indie developer (and big AAA studios even more rarely) divert any and all profits to charity. Fortunately for refugees in Europe currently suffering through the biggest crisis in decades, indie dev Greenheart Games has decided to do just that, with their make-games-while-playing-a-game hit, Game Dev Tycoon.

Until October 10th, 10 pm UTC 2015, profits from all purchases made through their Refugee Crisis Charity Sale page will – initially – go to the Caritas, Middle East Crisis Appeal, from which 92% of donations received will go to the emergency program. Seems like a solid choice to me. On top of that, Greenheart Games will be matching any tips (on top of the $9.99 price tag) 1:1, up to a total of $5,000.

For those not familiar with the title in question, at its core, Game Dev Tycoon is a ‘game developer simulator’. You start from the bottom, working out of your garage on that first game, to then, over time, improve and build bigger, better, bolder projects. Who knows, with enough time, skill, and a smidge of luck, you could end up the next (virtual) Sid Meier or John Carmack. Or maybe your company will go bankrupt. That’s also possible (I think?).

Profits meaning the money that is left over after applicable taxes, and any sale-related third-party fees are paid. We do not take a cut for our own administrative overhead.

Anyway, back to the charity, which does have a few important bits to make note of: giftable copies can be purchased while still supporting said charity, donations are not tax-deductible, and only purchases via. the widget on the Refugee Crisis Charity Sale page or the game’s itch.io page will benefit the charity. So keep that in mind before you bust out the mighty credit card (or PayPal, etc.).

Oh, and every purchase comes with a complimentary Steam key, which, by the way, is the only way to access the Linux version. Windows and OS X users do however have the option of going DRM-free, should they so desire.

(Thanks to IndieGames.com for the heads up.)