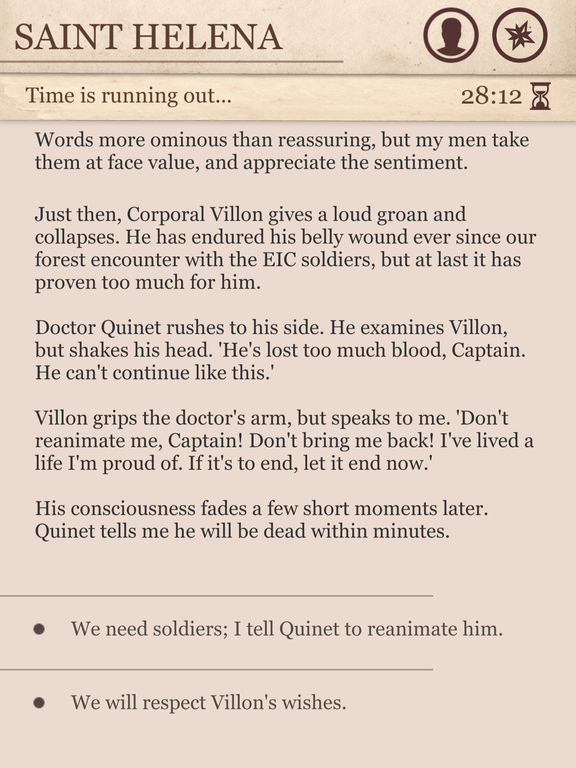 Back in 2015, The Frankenstein Wars were little more than a glimmer in the eye of interactive fiction fans (such as me), barely slaying the mighty Kickstarter beast. But fortunately, it did emerge triumphant, which brings us to the present where the game awaits with an uncanny war to be waged. A war which takes us all the way back to 1827’s France, during which the Zeroiste movement -- well, they pretty much brought back the dead, Frankenstein style. And here’s the thing: you don’t have to play the hero in this interactive tale! Your adventure, your choice(s), your… potentially disastrous outcome.

That said, you are put into the shoes of two heroes -- or at least, I think they are, being the guardians of Victor Frankenstein’s resurrection tech and all. Wait, that’s not quite right. They were its guardians! Not sure how, when or where, but at some point, that darn aforementioned Zeroiste movement managed to get their hands on said borderline magical machinery. Oh, and they’re not interested in using it for world peace. Quite the opposite in fact, as their reanimated armies currently march across France, and it is only a matter of time before they reach the British Empire. Unless someone stops them of course, rather than, oh I don’t know, adding fuel to the fire instead.

It is a raw, epic, bloody, story-driven blockbuster. You direct both Tom and Anton Clerval, through a branching, non-linear storyline set on the revolutionary France with a backdrop of hellish war with the soul of humanity at stake -and you decide if the brothers become allies, or enemies.

What becomes of the tools laid before you in The Frankenstein Wars is entirely up to you, as Tom and Anton Clerval traverse a non-linear, branching story, kicking ass and taking names in a race against time. See, the more you sit around doing nothing, the greater an advantage your opponent will be able to gather… in the form of a larger army, I’d wager. And don’t even get me started on the hectic time-sensitive nature of so many events in this eerie ‘what if… ?’ adventure. Still not sold? Ah, well, surely the prospect of grand, strategic battles will do the job, then. That and… you get to meet and greet Napoleon Buonaparte and Ada Lovelace, among other historical figures. Pretty darn groovy!

The Frankenstein Wars is available from iTunes and Google Play, carrying a $4.99 price tag and no ads.