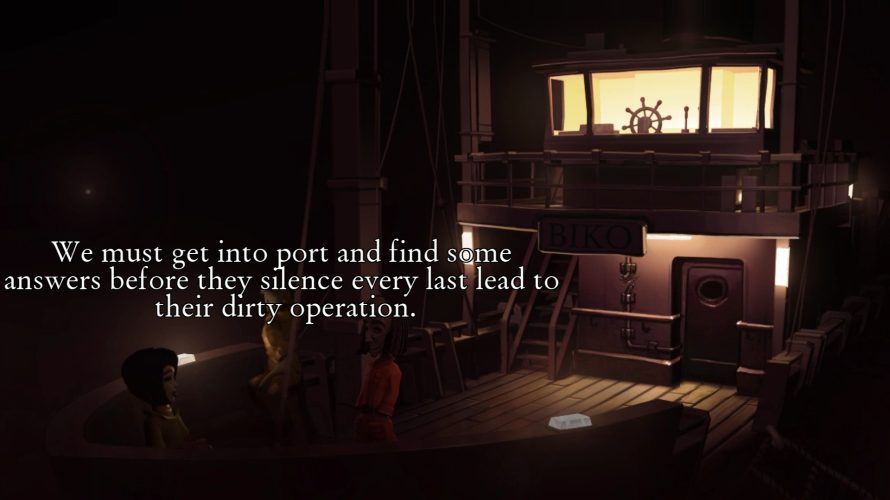 Last we heard from Bwana and Kito, The Journey Down‘s two protagonists, they were tracking down some ancient place with some ancient book, aided by a mysterious woman – you know how these things go. Unsurprisingly, this second chapter – of three – picks up pretty much where the first ended, you-know-what having hit the proverbial fan, our uncanny trio in trouble. No challenge is too great for the mighty Bwana, however, and it isn’t long before… well, more trouble comes their way. Trouble which seems to follow these guys wherever they go. Trouble with the law, trouble with pirates, trouble with – wait, I’m spoiling. Suffice to say, there was trouble… and of the best kind, too!

I’m not saying that Bwana, Kito, and Lina (well alright, so perhaps she isn’t really all that mysterious) deserve to get into one conundrum after another. Just that it does kinda make for an amusing experience, having to solve various puzzles and strike a match unde – I mean, chat up the locals for information. Your objective is made clear from the get-go, especially since it hasn’t changed since chapter one (which you did play, right?), although as it turns out, a lot of bad people are doing their very best to ensure you won’t get far.

Given the generally corrupt nature of St. Armando, where most of this chapter takes place, that’s hardly surprising. A dirty cop here, a corrupt politician there – everyone’s up to something behind closed doors. Probably a good thing that you’re not here to clean up the town, as that would likely extend the experience well beyond the couple of hours it took me to reach the credits. Oh, and you’d likely have to deal with a grumpy Bwana too, as this guy seems pretty determined to progress on his quest, not willing to let anything sidetrack him. Unless it’s either absolutely necessary or, you know, amusing. What a character! 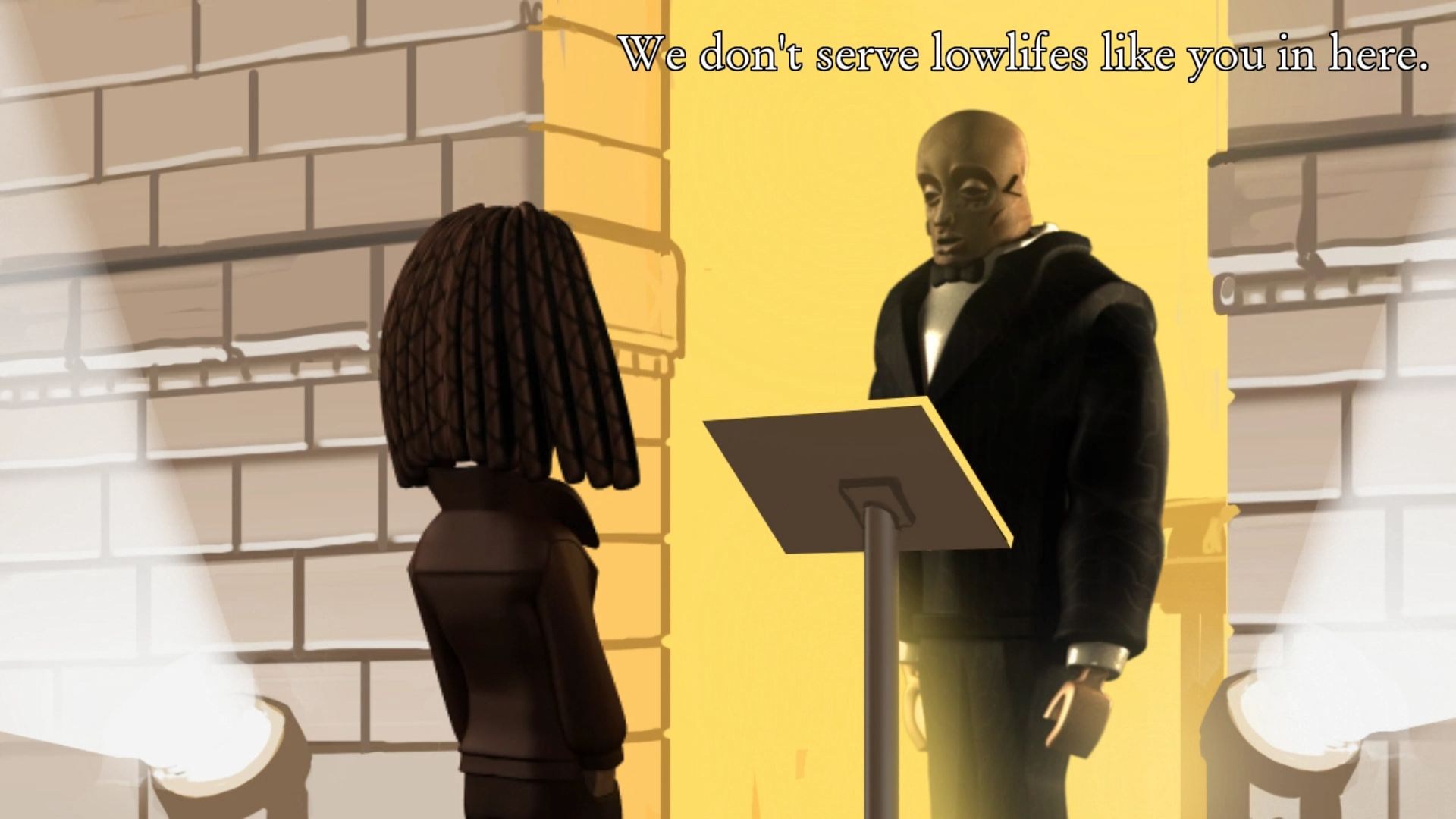 What you are here to do, however, is dig for clues as to the disappearance of Bwana and Kito’s long-lost father, who vanished without a trace many years ago. Where did he go, and why? Who kidnapped him, if anyone at all? So many questions in need of answers, and the only way to find them is through some old-school point ‘n click adventuring: steal everything not bolted to a wall, trade items for other items, and read a book or two as you go along. Pretty standard stuff, but at least only two of the many puzzles revolve around trial and error. No ‘moon logic’ nonsense here. At least I don’t think so. Nah. I’m pretty bad at puzzle-solving, and it all made (almost) perfect sense.

I may have done a tiny amount of ‘try everything on everything’ to move things along, but once I stumbled upon the solution, it did actually make sense; so just a case of me not thinking clearly. Definitely glad to find a lack of timed puzzles too, as those are some of the most annoying in the genre, having to rapidly click a particular spot while an event plays out, only to find you missed it and… have to retrace several steps (or load an old save, of course). Not a fan. So thanks to SkyGoblin for excluding such, and there better not be any in Chapter Three either!

Anyway, while turning Bwana into a genuine kleptomaniac was amusing in its own right, I did also find myself stopping for a few moments every now and then to enjoy the music. The music which, I might add, was a pretty brilliant jazzy mix, befitting the overall slightly grim tone of the experience. I mean, Bwana and Kito may seem like kidders (read: they ARE kidders), but their journey is no joke. Not in the slightest, and something could go wrong at a moment’s notice. Very wrong. Heck, it probably will, ya know?

At least getting around St. Armando is a breeze though, as double-clicking a new area (indicated by a red arrow) will teleport Bwana to it; and you better believe this saves a lot of time in the long run (get it?). That said, seeing how the entire place is rather static, the world isn’t affected by how fast you get from A to B. Everyone’s standing in the same location until a scripted event is triggered, sending them elsewhere. One of which is the passing of time, which… well, occurs naturally as the game progresses. More or less anyway, in that every now and then, the clock will jump ahead, the entire city pretty much changing, people appearing where none were before, and so on. Not sure if I prefer this to simply having them wander freely, but it gets the job done – and probably makes Bwana’s life a lot easier. 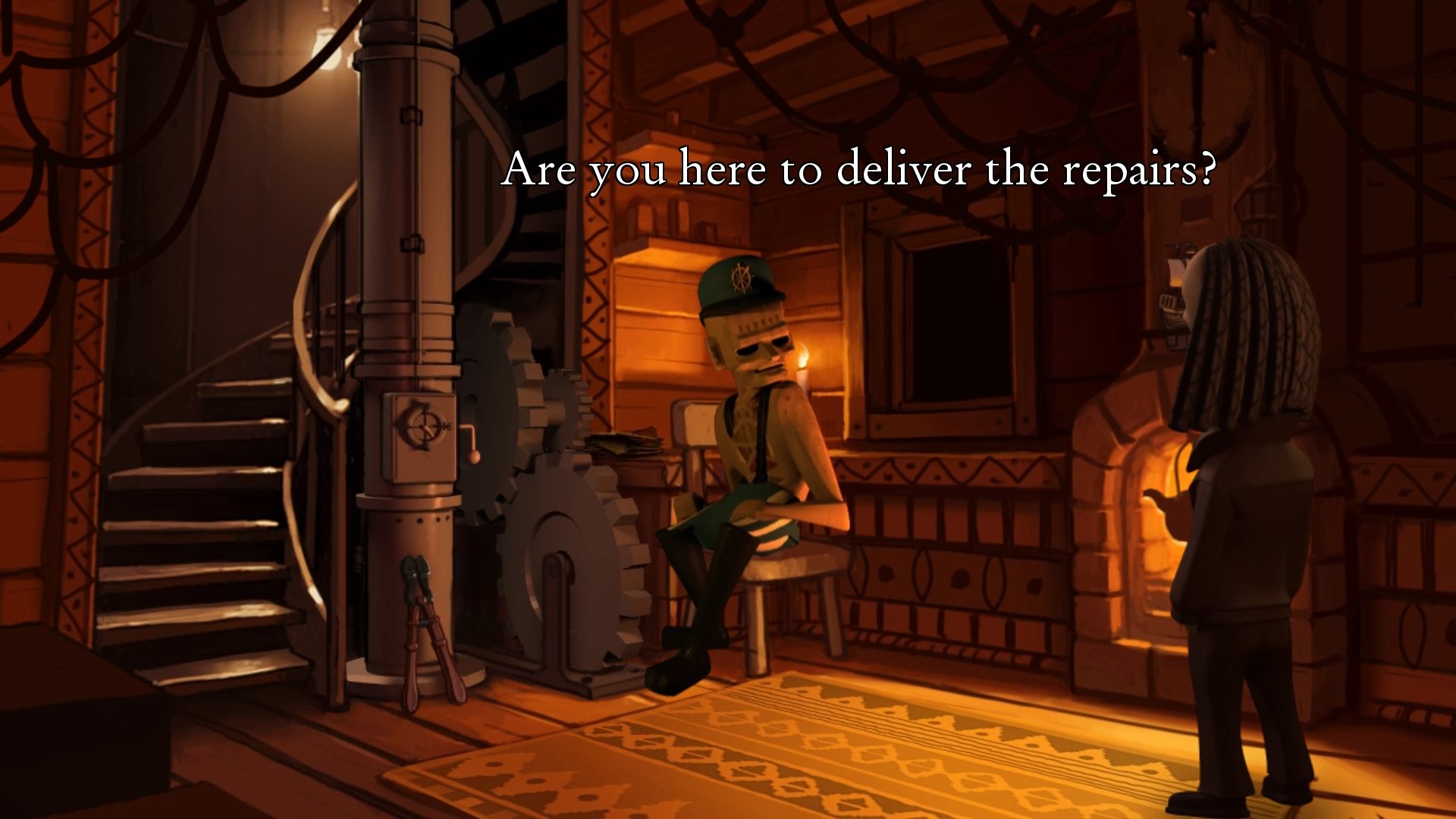 On a related note, pretty much everyone in this place has something to say, and/or need help with something. Some might even be able to help with several things over the course of The Journey Down Chapter Two, provided you’re willing to deal with their demands several times over. Because man are there some shady types out there… and I’m not just talking about the bad guys.

Then again, beggars can’t be choosers, and Bwana is going to need all the help he can get. Even more so since Kito, well, he doesn’t really seem all that useful. Which leaves Lina, and really, you know Bwana’s not the type to ask a woman to get her hands dirty. So whether it’s a door in need of some serious kicking, a car to blow up, or even an entire building to level, Bwana’s the man for the job. Also, none of those examples are part of the game. At least not in this chapter. We’ll see about the upcoming third and final one eventually. 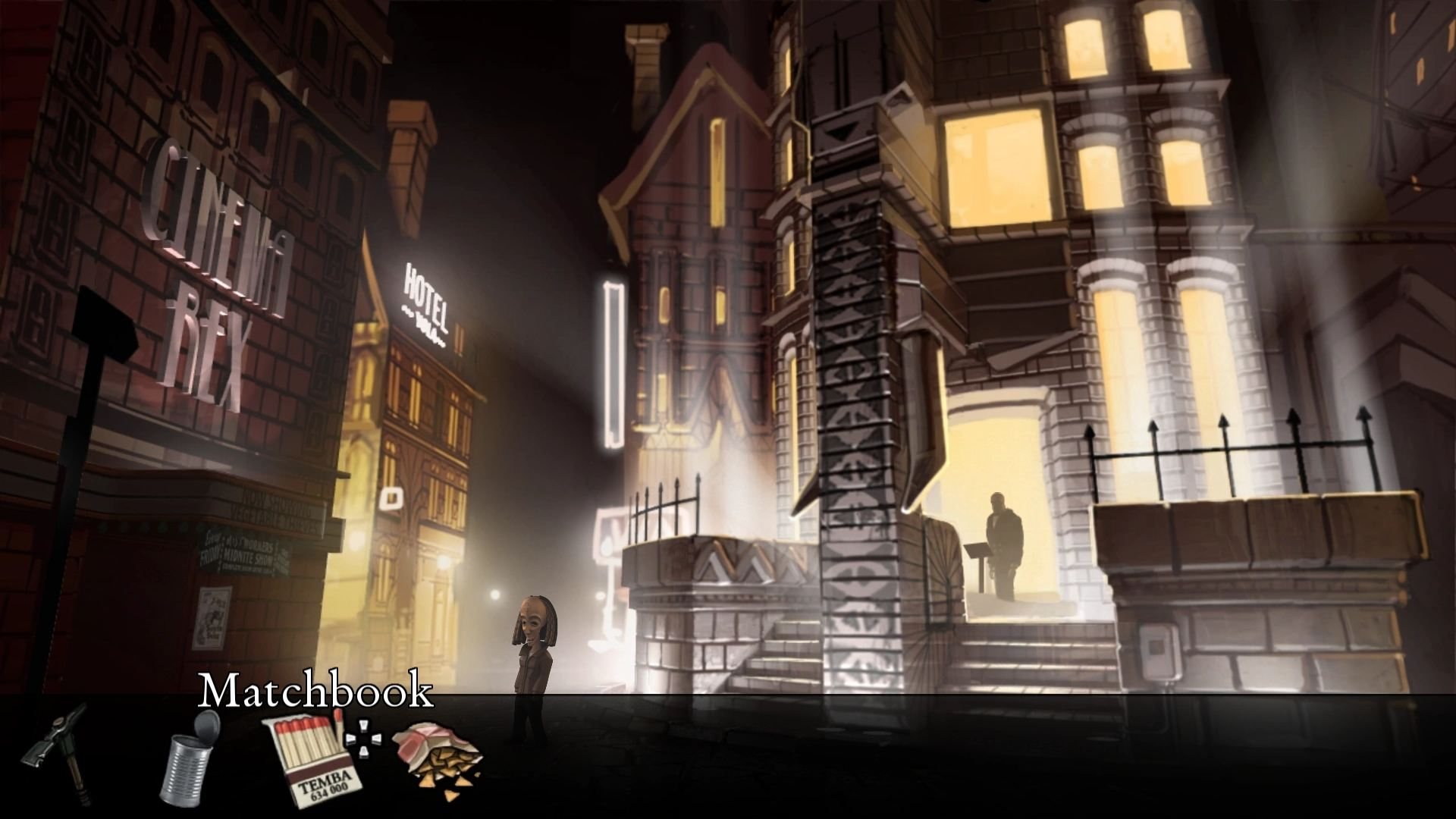 So, after scratching numerous backs and filling Bwana’s pockets with lots of random junk, I have to say that… it was a lot more fun than the first chapter. Lasted a couple of hours (close to three, I’d wager), which is just the right length for an episodic adventure such as this, and didn’t really have any points during which I felt like feet were being dragged. In fact, save for a couple of them, even the puzzle aspect resonated with me – and that’s quite rare. Perhaps the reason for this is that a lot were downright comical, and really, who doesn’t like to get a bit nonsensical in their adventuring?

All in all, I honestly can’t wait for The Journey Down Chapter Three to be released this August, finally allowing me to experience the finale, seeing what it all amounts to. If anything. Maybe it was just a really vivid dream sequence? Nah, no point ‘n click developer would do that to their fans…

The Journey Down Chapter Two is available from Steam, directly, and iTunes (iOS).

The Journey Down: Chapter Two - Official trailer
Facebook Twitter LinkedIn Pinterest Tumblr WhatsApp Telegram E-mail
Previous article Greenlight's Days Are Officially Numbered and Can Almost be Counted On One Hand
Next article Fight the Good Fight or Add Fuel to the Fire? Time to Choose a Side In... 'The Frankenstein Wars'!