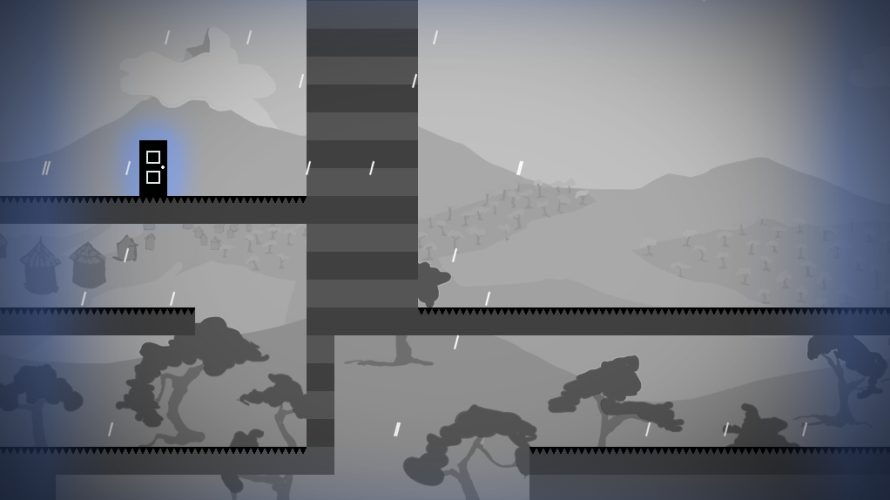 It’s common knowledge that 2D side-scrollers are a dime a dozen, but this one easily sets itself apart from the rest in a way that’s both unique, interesting and slightly confusing at times.

The Fourth Wall is made by a group of DigiPen students who call themselves Pig Trigger and while the game never explains the group’s name it does actually contain pigs (wait, maybe that’s the explanation right there?), and I guess pigs are quite expensive these days, because the team seemingly couldn’t afford to create the game in colors so they opted for a black/white look instead, which actually gives The Fourth Wall a more stylish look than any combination of colors could.

I don’t think there has ever been a time, where a 2D game truly given me the degree of control that this one does. Here, the world truly is your oyster as you have been given the ability to freeze inanimate objects (walls and surfaces in particular) in place, while you’re still able to move around unhindered. Add that to the fact that the screen wraps, meaning that if you exit on the left side you’ll reappear on the right, and you’ve got some potentially mind-boggling platforming here; all of which is fully realized with lava pits, locked doors, falling through the screen and of course.. pigs.

There is no such thing as bottomless pits where you fall to your death in The Fourth Wall (thanks to screen wrapping), but some of the hazards that are almost mandatory in 2D side-scrollers by now – like lava and spikes – do make an appearance here and death occurs after a single hit. You’re blessed with unlimited lives though and checkpoints are frequent, so the only actual challenge comes from finding (or rather, creating) a path to the exit. 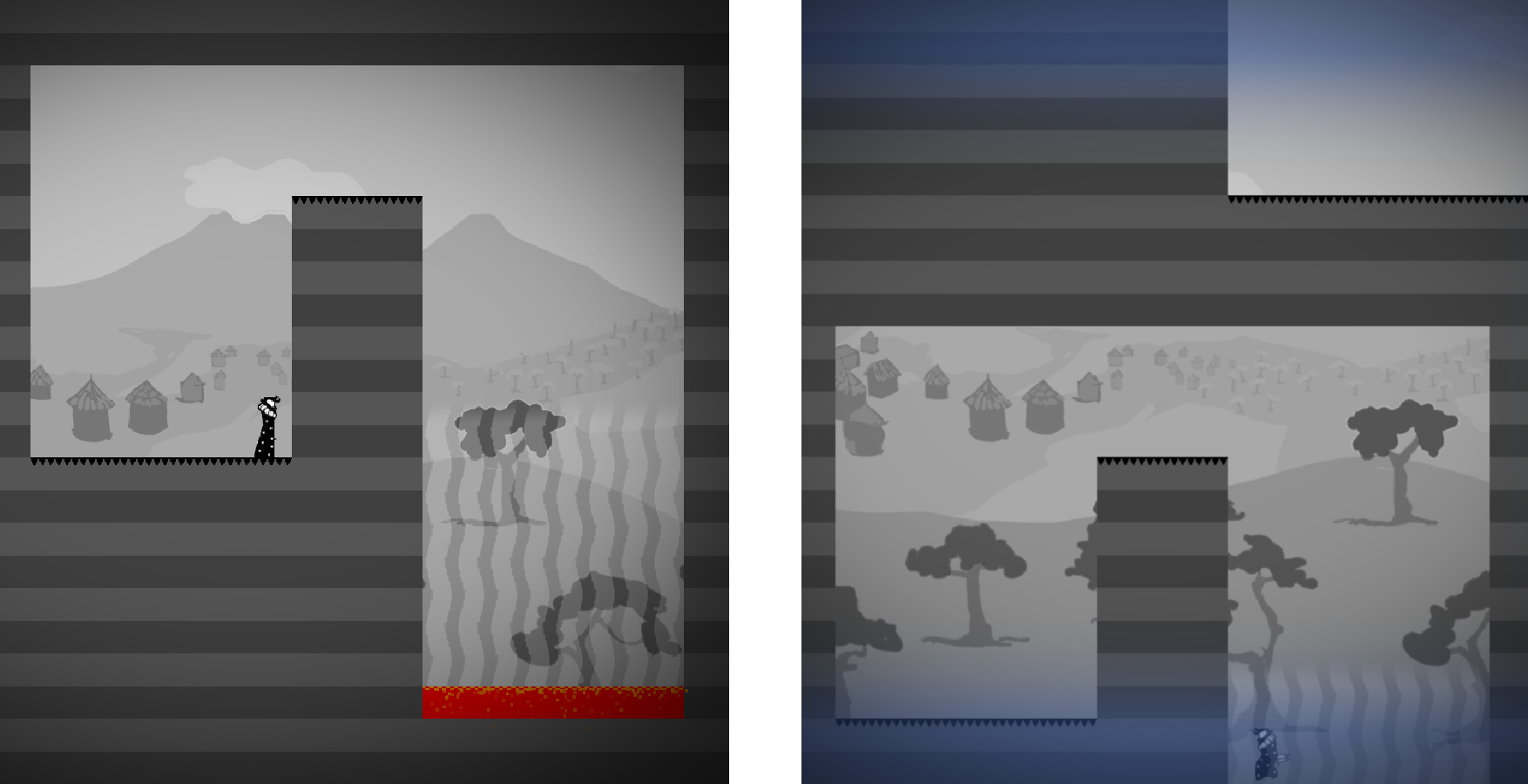 The puzzle solving aspect mostly boils down to manipulating the environment in order to open up new paths, but that same ability is also required to e.g. cross lava pits unharmed (remember: if something is off-screen, it can’t harm you). Explaining exactly how it works is rather difficult but even if the game may sound confusing, I would still recommend giving it a go asap.

Not convinced it’s worth your time and/or money? Maybe this bit of information will help then: The Fourth Wall is free! Go download it from their website and play it already.