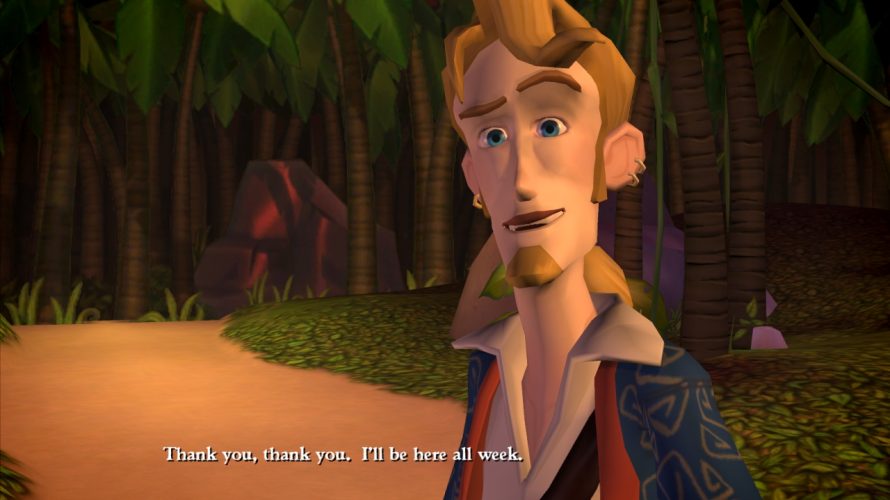 I’m sure most are familiar with the classics, like Monkey Island, Sam & Max, Maniac Mansion, Loom, Police Quest, Leisure Suit Larry and so on. But this is about the present and not the past, so let’s step out of the time machine, if only for a few minutes.


If you were to search among games released in the last 4-5 years, chances are you will not be able to find many worthwhile adventure titles. There are exceptions of course, like those from Telltale (just.. don’t even consider checking out their Jurassic Park game), but great ones really are few and far between. It doesn’t help either, that what a lot have decided to label as “point-and-click adventure” is in fact “hidden object”. When did that become the same thing as point-n-click? That is an adventure game and I’m sure you know what I’m talking about: You control an on-screen character, either with mouse or keyboard, and guide him/her around an environment, solving puzzles by using the correct actions/items on the right item/person and talk to people. The way the classics did! That is an adventure game. Not some pixel-hunt, with something that barely resembles a plot – that’s.. hidden object.. really don’t see the appeal of those, but to each their own; just keep them out of my adventure game category.

With all the great things this genre still has going for it, unfortunately it’s actually nowhere near as popular today as it once was, which makes me quite a sad gamer.. so I hereby send out a huge “thank you”, to those who are keeping the genre alive. It seems that none of the big publishers and/or developers have much interest in the genre anymore, so it’s good to see more and more indie developers release such games! People who lack the experience required to develop an entire game from scratch, can also make adventure games now though, without having to go through book after book on learning a programming language: Thanks to Adventure Game Studio (AGS) and similar software, adventure games have never been easier to make and this has inspired a lot of solo projects, including some truly fascinating Space Quest fan games (not sure they’re all made with AGS though):

Roger Wilco’s adventures are not the only ones to be found among fan made adventure games, as there are plenty with no actual ties to a franchise too. I’m not gonna claim that all AGS created projects are must-play releases, because they are not, since the quality level varies a lot, but there are still quite a few that are worth playing – especially since the majority are free, it doesn’t get any cheaper than that. In fact, I reviewed an interesting AGS creation recently, called Shifter’s Box, but.. there are still many that I have yet to try and most (if not all) can be found on the AGS Games page, so I’d recommend taking a look if you’re looking for some free adventure gaming fun.

In case free AGS creations aren’t your cup of tea and Space Quest makes too little sense for you, maybe some of the very popular (commercial) games from indie developers such as Wadjet Eye Games, Amanita Design or Size Five Games, are what you’re looking for? Let’s go over each:

Wadjet Eye
They may be small in terms of crew, but that hasn’t stopped them from making some really good point-and-click games, including the Blackwell series, The Shivah, Gemini Rue (which is heading to retail in the UK), Emerald City Confidential and of course the soon-to-be-released Da New Guys. Every single one, maybe with the exception of Da New Guys, feature lovely retro-style graphics, giving them that “classic” look.

Amanita Design
I’ve got one word for ya: Machinarium. If you haven’t played this one yet, do give the demo a go. Unlike what Wadjet Eye Games provide for hungry adventure gamers, this one has more of an almost hand-drawn artstyle to it, but even though the style is different there’s still a great experience to be found here.

Size Five
This two-man team decided to star themselves in their “Ben There, Dan That” and its sequel “Time Gentlemen, Please!” and I think it’s safe to say that they’re two of the funniest adventure games in recent years, with appropriate retro-style visuals to boot.

Should more interesting titles pop up on my radar, I’ll be sure to give them a few words, or maybe even a full post. For now, this is all I’ve got and if you’re still reading this.. would ya go play some adventure games already?