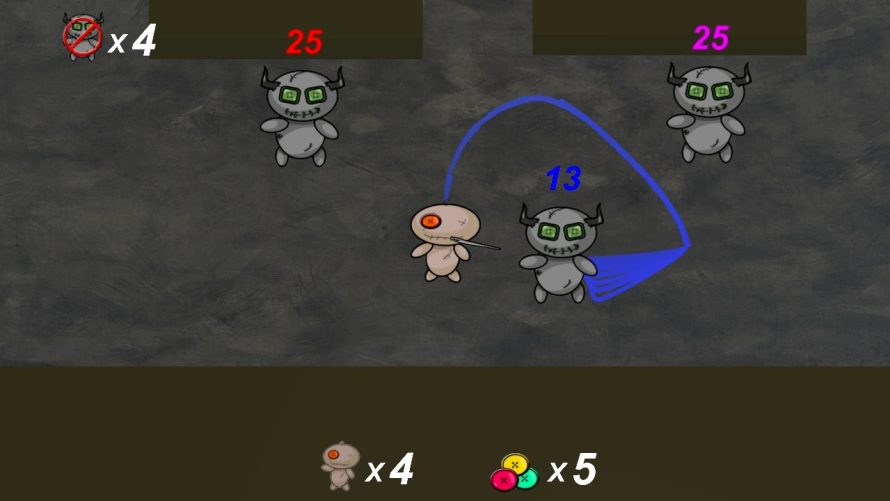 Poor Jimmy. Not only has this doll (literally – he’s an actual doll) lost his left eye, but also his hat, and most importantly, his heart. To make matters even worse, all three items are currently in the possession of some rather hostile dolls. Dolls which Jimmy must now fight, armed with but a sewing needle and buttons. Dolls in dire need of… unsewing!

Before you even consider simply dashing by these evil creatures to grab Jimmy’s items and be done with it, here’s the thing: each area is sealed off by a yellow barrier, and it’ll only let you pass once every nearby enemy has been disposed of. Seeing how interesting and unique combat is in The Collection however, I’d say this is absolutely fine.

See, in order to combat these evildoers, you’ll first have to get pretty darn close, at which point you’re able to click on one, and start tearing up stitches. Literally. Moving around damages your current target, unraveling its very being. Should you find yourself overwhelmed, which will likely happen a few times throughout this adventure, buttons can be thrown to temporarily stun foes. Your supply is rather finite though, so I wouldn’t rely too heavily on these. 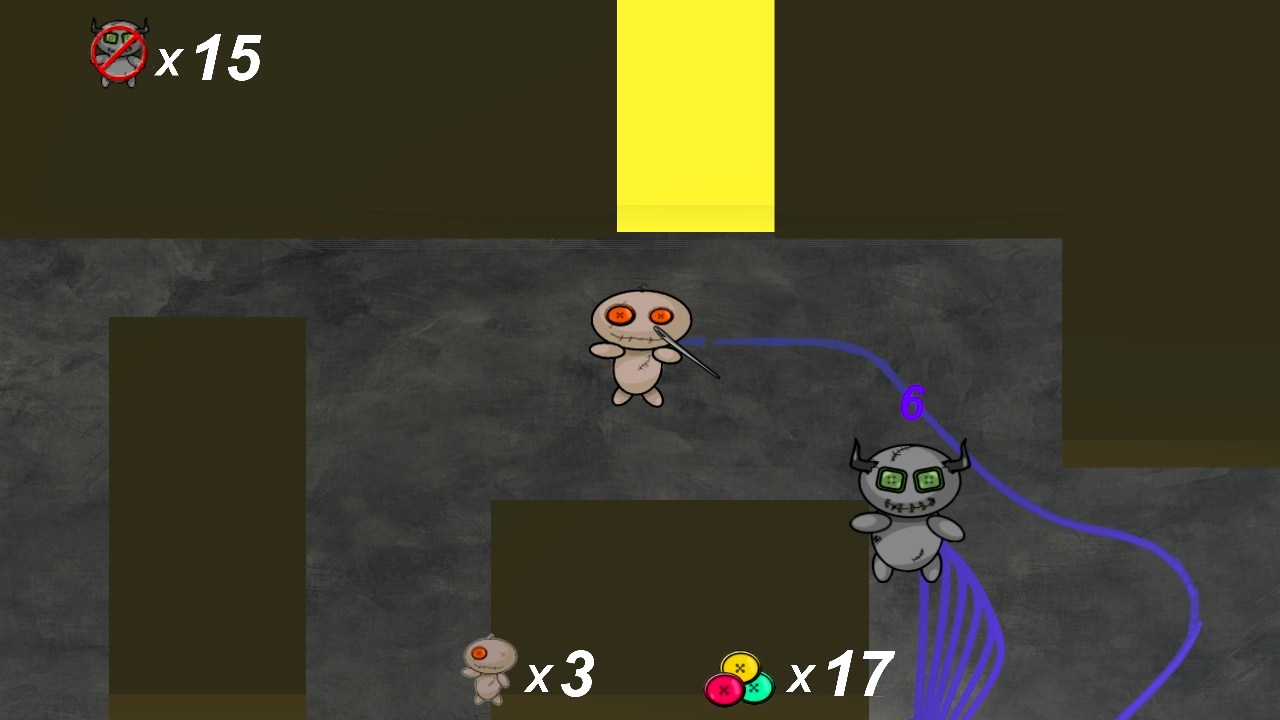 As you go along, clearing one area after another, taking down foes in rapid succession, the strength of your opposition grows accordingly, with faster and stronger enemies appearing. Enjoy those 25’s while they last, because soon enough, you’ll be facing those with numbers upwards of 70… maybe even higher! Also, you only have six lives, with a single hit being all it takes before one is lost. So be careful, for the path to recovery is both long and full of evil dolls.

Fighting with throwing buttons and his trusty sewing needle, he can use the latter to draw the string from his doll enemies and kill them. Will Jimmy make it out alive, ready to reconquer his freedom?

Actually, it’s not that long, but I wasn’t kidding about the other part. Most will likely be able to finish the game in fifteen minutes or so – provided they manage to survive, of course. A bit on the short side I suppose, if not for the fact that The Collection was made in less than 48 hours during Ludum Dare 32, under the theme ‘Unconventional Weapons’. That and… well, doesn’t get much more unconventional than a sewing needle and buttons, ya know? Good stuff.