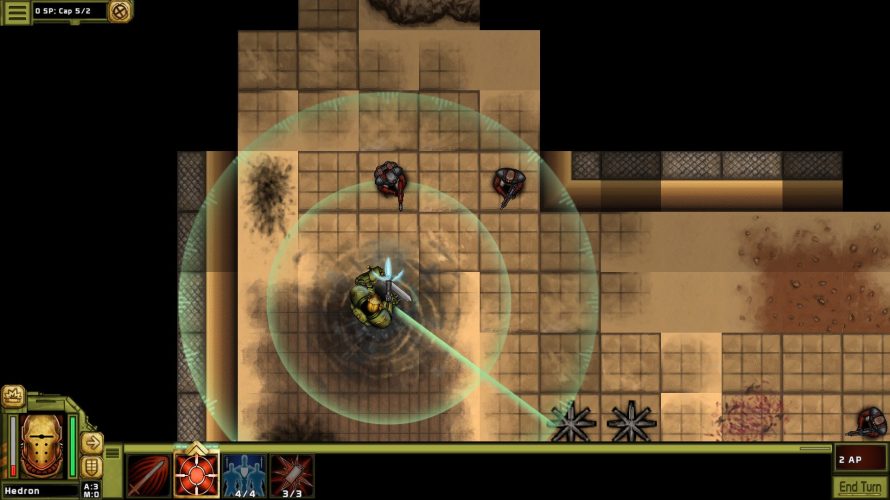 When the Star Traders, last known free humans, are in trouble, there’s only one number to call, and the Templar Knights are both willing and able to pick up the phone. That said, this latest battle just might end up being too much to handle, as they will be facing not only the terrifying Xenos race but also an ancient threat known as… the Narvidian. (Cue dramatic music and brace for genuine turn-based mayhem, in Templar Battleforce.)

It probably goes without saying, but for those unfamiliar with the Templar Knights, well, let’s just say they’re a pretty battle-hardened bunch, utilizing giant battle mechs to kick ass and take names. Not impressed? Well, you should be seeing how the bloody things are ten feet tall and packs a punch like none other. Flamethrowers, grenades and guns – lots and lots of guns – make up their arsenal. Oh, did I mention Templars have a unique gift which enables them to pass down any and all memories to their children? That’s one way to make boot camp a thing of the past.

Create your own unique Battleforce by recruiting an array of Templar specialists — and invent distinct strategies for your fireteams. Deploy your forces in tactical scenarios that challenge both novice and veteran alike. Put your best strategies to the test and see if you can snatch victory from the jaws of defeat in this futuristic turn-based wargame.

In Templar Battleforce, the fourth Trese Brothers title set in the Star Traders universe, you’ll be stepping into the shoes of a Templar Captain with quite the lineage. One that reaches back a grand total of 87 Templars; a ridiculous amount of knowledge, for those of you keeping score at home. Chances are he’s going to need it too, as this tactical squad-based affair spans more than forty-five scenarios across multiple locales. From vast deserts to narrow corridors, there’s plenty of bad guys to blast, slice and blow up, as you progress through a branching storyline with… wait for it… multiple endings. Lock and load, Templar!