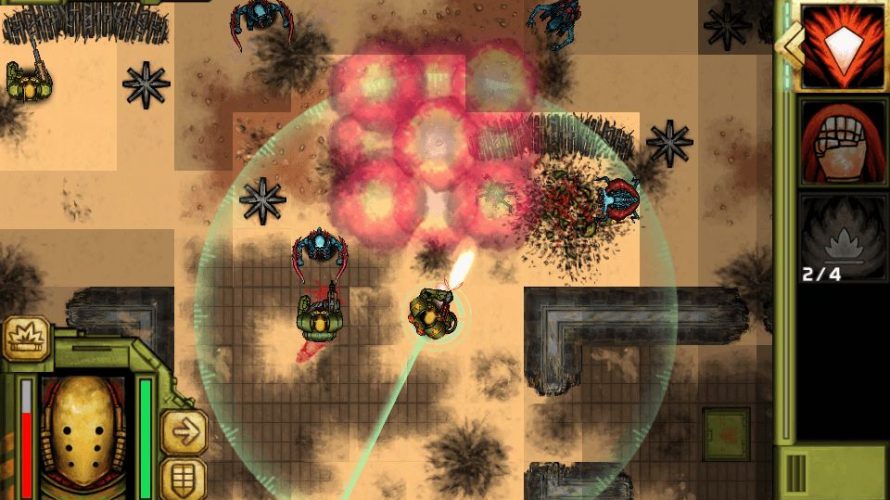 Generally speaking, war is truly hell, no doubt about that. But in video games, it can be both quite spectacular, and at times, heavily tactical. From the looks of things, Trese Brothers’ Templar Battleforce just might be both, featuring a healthy dose of turn-based strategy, army building, and a few RPG elements to help personalize your squad.

For those not familiar with its precursor, Templar Battleforce – like Templar Assault before it –  has you commanding a group of customizable power-suited soldiers from a top-down view, slaughtering countless foes in the name of the Templar Knights. Good stuff, and needless to say, heavily inspired by the likes of Space Hulk, both in terms of friendly and less-than-friendly unit design, among other things.

Now, tackling this xeno threat – your primary adversary in both Templar titles – head-on will not be easy. In fact, something tells me the campaign will be absolutely brutal, so do consider every opportunity, every move carefully, prior to executing an order. If you don’t, chances are it will be your last, no matter which special ability your bulky soldiers have knowledge of, or how powerful their weapon of choice.

Lead your battle-hardened veterans into battle, facing the most lethal enemies with fire and steel.  Every turn counts in this turn-based warfare strategy epic.  It is war that builds your Battleforce, sharpens your veterans, and prepares you for the next challenge.

You only have a small squadron under your command, after all, giving hostiles a clear numerical advantage throughout each mission. As such, choosing which unit type to fill the ranks with, along with their equipment and skill set, is downright vital to make an attempt at tipping the odds in your favor.

Whether you’ll succeed or not remains to be seen, as Templar Battleforce won’t be out until early July, on Steam (Windows, OS X, and Linux), iOS (iTunes) and Android (Google Play). Groovy, eh?