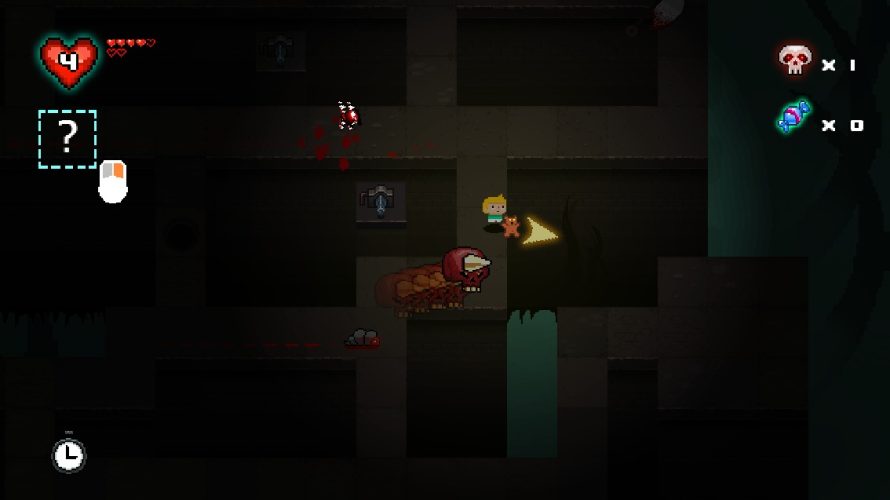 Nightmares, however terrifying, aren’t real, and as soon as you wake up, they’re gone. Heck, they’re even the sole reason most slumbers are interrupted! But unfortunately for the protagonist of Teddy Terror, that won’t be the case, as this guy has the misfortune of being unable to wake up. Until he’s fought off the demons at least, and you better believe his teddy bear will play a large role in accomplishing just that.

Bet ya never thought survival horror could take such an ugly turn, eh? Having played the demo, which I covered a few days ago, let me tell ya, being this boy is no joke. Being haunted by floating skulls, ghoulish hands, and other indescribably horrific monsters, would be quite troublesome – if not for the fact that this kid has figured out how to turn the tables on every last one of the demonic beings! Spike traps, cannons, laser beams – all quite deadly, although… not just to humans, as these jerks are about to find out.

Teddy has always been his best friend, protecting him from Monsters ever since he was born. Teddy was smart and strong and he can do everything the boy never could do. Together with Teddy the boy ignores his fear and trust that he will escape his nightmare with his toys as his aid and his best friend near.

But alas, before we get to impale monsters on spikes and blow them to smithereens, there’s the tiny matter of slaying a crowdfunding monster. Rage Monster Games, creator of Teddy Terror, is looking for a rather small sum compared to most Kickstarters these days however, reaching for a meager €3,000 ($3,240). With 29 days on the clock and €1,050 ($1,135) already pledged, the campaign is off to a great start, although it could obviously still use more than a little support.

Those interested in pre-ordering can do so by hitting the €5 ($5.50) tier, while beta access is €20 ($22), and one of the more prestigious tiers – which lets those with deep pockets design an in-game trap/weapon – is labeled ‘DEADLY PACKAGE’, at… €700 ($756). Needless to say, it’s doubtful that many will be spending such a large amount on a Kickstarter, but ya never know.

Teddy Terror‘s Kickstarter campaign will conclude on Sunday, May 17, 2015. Whether or not its goal will be met depends entirely on its fans. Remember, if you don’t feel like busting out your credit card, spreading the word is 100% free, and will also be quite helpful! Oh and don’t forget about Greenlight, eh?