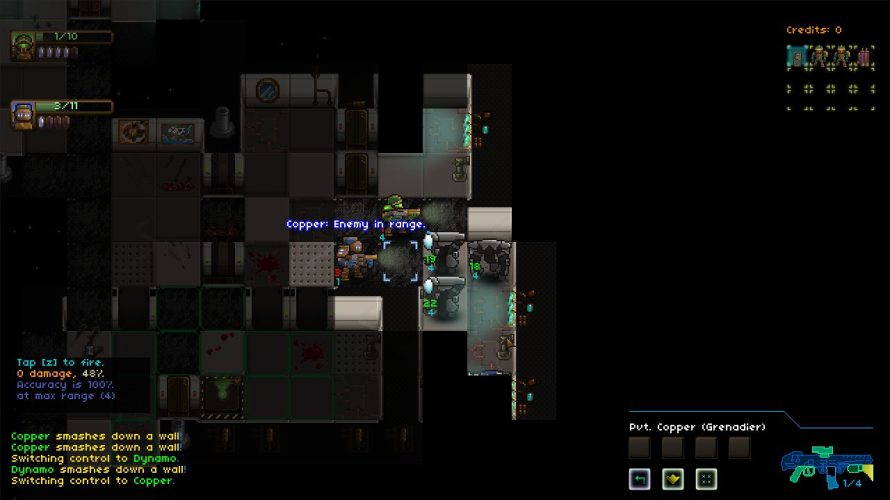 Permadeath, an evil AI, lots of ass-kickings (on either side), procedurally generated content, frequent updates, a developer who’s off his rocker. There. I just described Steam Marines, and following a recent update, believe it or not, mod support is now a thing. Not gonna lie: I’m really looking forward to messing around with this stuff. So many variables. SO MUCH TO TWEAK (and potentially break)!


Little known fact: I love mods. Some might say that “it messes with the vision intended by the developer” or some such nonsense. Yet nine out of ten times, mod tools are actually released by those responsible for said game, so… yeah. Anyway, what Worthless Bums has done is to expose a lot of data to two separate files: data.mod and dialogue.mod. This means you won’t be editing the game itself, which I’m sure will be quite a relief to the less tech-savvy. Bet ya I can still break it somehow, though.

The amount of stuff that can be modified is far more than I care to list here. So here are my favorites, just to give you an idea of how big this addition really is: fog of war, how much damage specific enemy types do/their health, experience required to reach each new level, amount of AP consumed on ability use and of course… the number of levels per deck. Yup. It’s pretty much a Burger King (Have It Your Way™) update. Oh, almost forgot – you can also edit in-game dialogue. Time to tweak the chatter, turn the bloody thing into a cheesy 80s action flick!

Well, there ya have it. That’s all you need, right? Actually, one last thing: be careful roaming through Armory Deck, for it now features a Gunship boss; with a name like that, it’s obviously a badass of the worst kind. Then again, what’s a roguelike without a high level of difficulty? Boring, that’s what!

Steam Marines is available from Steam, via. the Humble widget and through the Humble Store, priced at $9.99 and without any DRM.