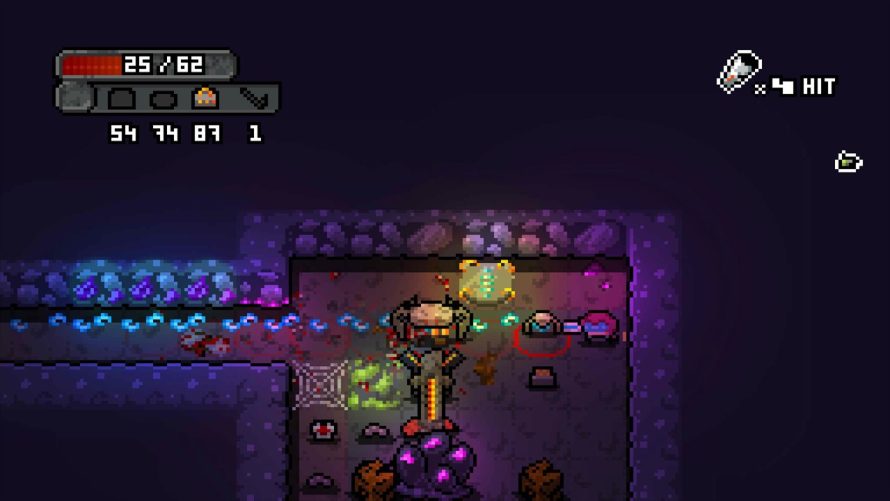 Mankind’s need to expand its colonization beyond this tiny planet known as Earth is upon us, and several moon-bases having been established across the galaxy. So many in fact, that it was likely just a matter of time until at least one would encounter a rather sizeable problem. A problem only solvable by… the Space Grunts!

Now, as is the case with most sci-fi-y adventures, this one also sends you in entirely on your own. No fancy gadgets and no way to call for backup either. Just you, a handful of very basic weapons (which can be upgraded and swapped for alternate and/or more powerful versions) and whatever the heck is wreaking havoc across the base. Oh and in case that wasn’t clear, your job is to eliminate it. For good. Kaboom.

Do take your time though and proceed with caution, as the experience is, for all intents and purposes, entirely turn-based. Just don’t make the mistake of thinking it’ll be easy, because it won’t. It really won’t. Everything in this place is out to get ya, from environmental hazards to eerie-looking… things. Monsters? Aliens? A mix? Whatever they are, shoot first and ask questions later, or you’ll live to regret it. Or rather, you won’t live. At all. Such is the year 2476…

I always liked the concepts of turn-based games, I just wish they were a bit more “arcadefied” so this is the Orangepixel twist on the genre.

Speaking of which, you only get one life, after which it’s back to the beginning. Maybe you’ll have learned a thing or two about what’s what, maybe not, but chances are that won’t stop ya from going in again sending yet another grunt into the fray. Someone has to get the job done after all, and who better than one of the numerous Space Grunts? Lock and load, soldier.