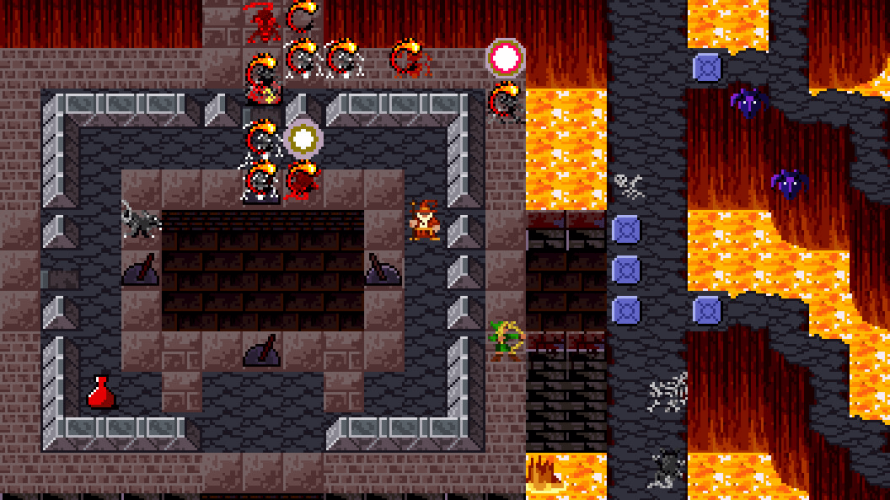 It’s hard to believe that Soulcaster: Part I & II was / were originally released more than five years ago, and yet, this pixelated, lovely tower defense title has only just found its way onto Steam. Better late than never though, for a genre entry that actually strays from the norm. A handful of wizards, warriors and archers are mankind’s last hope against the demonic hordes. Time to become… the Soulcaster!

Oh, did I mention how only two of the three ‘towers’ are in fact stationary? Yup. You’ll be moving the wizard around the map, spawning tanky warriors and agile archers wherever, in defense against a seemingly never-ending onslaught of enemies. Scary stuff, although the odds can be tilted in your favor through a nifty upgrade system and, of course, proper tactical placement of your summons. Also, something something secrets. Precious, wonderful secrets.

At the beginning of each level ya may be wondering how the heck survival is even possible. But study the lay of the land, as it were, learning the best way to manipulate enemy pathfinding, keep everything upgraded, don’t stand still for too long, and maybe, just maybe, you’ll be able to progress. Maybe. Eventually. At some point. No rest for the wicked (or would-be heroes), so keep at it, Soulcaster!

(Source: Soulcaster: Part I & II Are On Steam!)

Soulcaster: Part I & II are available from Steam, carrying a $4.99 price tag.