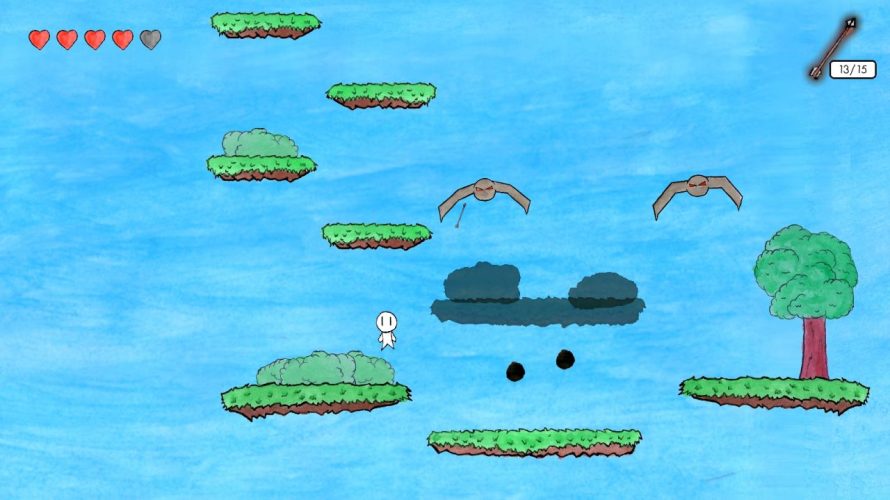 If it’s not one thing in video games these days, it’s another. Either aliens are invading, an ancient evil has awoken, or as is the case in Sky’s Isles, everyone’s got this crazy idea that solitude is a good thing. Yikes. As such, your job is simple: reunite everyone, because… togetherness.

Armed with a trusty bow and arrow, and a hot air balloon for transportation, you’ll be traversing floating platforms, blasting flying creatures as you go along. All that to hopefully at some point, convince people that living alone is a bad idea. Hardly the greatest quest ever, but even so, it’s still quite a heroic deed. Besides, not every would-be hero gets to slay might dragons or bring evil empires crumbling – lesser tasks need doing too! Or maybe everyone is fine with the way things are, and the protagonist is the one with a problem? Who knows. Whatever the case, there’s only one way forward, and that’s… well, up.

Jumping between platforms can be a tad tricky as the controls feel slightly floaty, but the slow (and easy) combat means, at least you won’t be struggling to keep up! Although, like your health, ammunition is far from infinite, and running out of arrows would be rather inconvenient. See, certain platforms are inaccessible while an enemy is still hovering nearby; this next bit probably goes without saying, but: make every shot count. 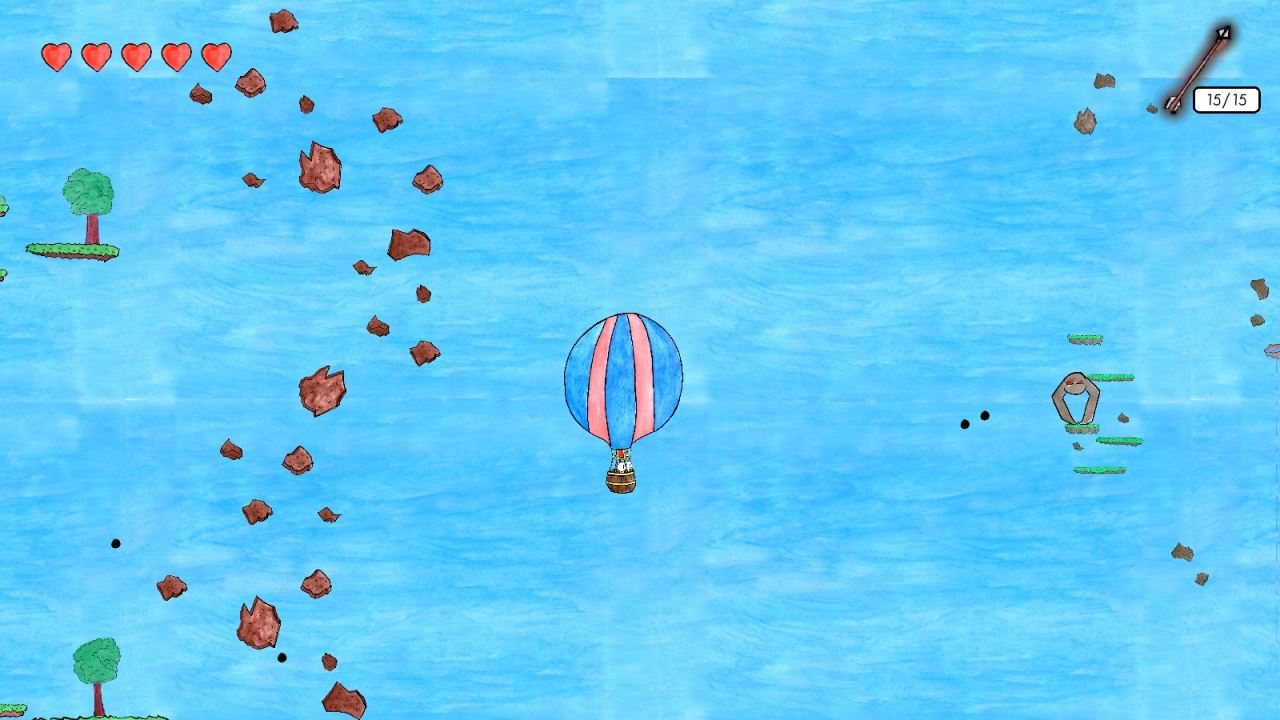 One thing that did stand out though, was its art style  – great looking hand-drawn visuals which really helped make the world feel alive. That said, the lack of terrain variety and extremely sluggish balloon flights did make navigating/exploring more of a chore than it really needed be. A map of some sort, or even a ‘go here next’ indicator, would have been a huge help, keeping things going at a steady pace. That’s not to say the game is boring, mind you, but anyone expecting a twitchy platformer is going to be disappointed.

As for the rest, why aren’t you playing the game yet? The issues I brought up hardly ruin the experience after all, so equip that bow and arrow – it’s time to bring some unity, in… Sky’s Isles. Oh and be sure to vote for it in the 2014 Indie Game Maker Contest afterward, if you had fun. Remember, your vote matters!