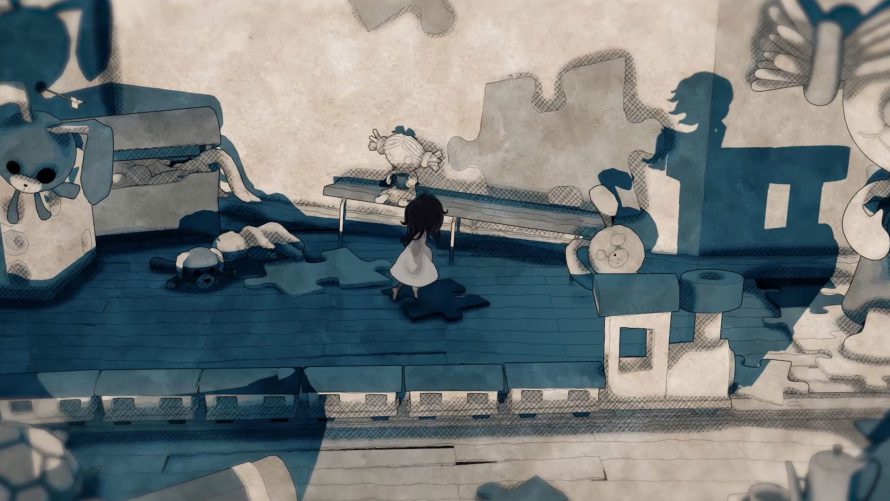 Coming to the realization that you’re absolutely stuck with no way forward can be genuinely terrifying. In real life, anyway. If it happens in a video game, the rules aren’t set in stone – or rather, they differ from ones we’re used to, defined by the developer instead of, you know, reality. Few game protagonists are in as strange a situation as the little girl in Shady Part of Me, however, as it is her shadow, of all things, that will be her guide through the surreal dreamscapes that lie ahead.

Aided by the contrast of light and darkness, control over both the protagonist and her shadow will be given, likely switching between the two at the press of a button. An interesting mechanic that, while not entirely unique, does get bonus points for not simply being a typical ‘world swap’, seeing how… the protagonist moves across 3D dreamscapes while her shadow remains strictly in the 2D realm. Makes perfect sense, too; I mean, depth is not something shadows possess (outside of video games and other fictional media, anyway).

As a little girl and her shadow, overcome emotional struggles through surreal dreamscapes across a touching narrative filled with twists and surprises.

On top of that fancy little thing, apparently, time can be rewound, possibly to help ensure mistakes don’t end up being overly punishing. No one likes losing too much progress because of something like a mistimed jump or a box pushed too far. Of course, it’s pure speculation as to whether that’s how it works or if either example is even part of the experience. Puzzles definitely are though, and as you go about leaping back and forth between light and darkness in Shady Part of Me, be sure to stop and take in the lovely watercolor style visuals every so often… after which it’s back to puzzle-solving and platforming. How else are you going to find out how this wondrous tale is going to end, after all?

Shady Part of Me is available on Steam, Switch, Xbox One, PlayStation 4, and Epic Games Store.