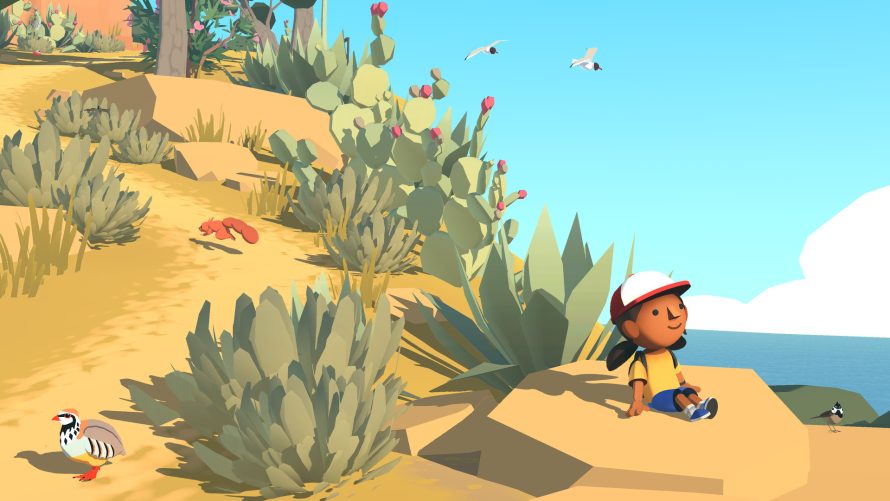 Aren’t you tired of how every other video game sends the players on a chaotic romp to save an entire world from some ginormous evil entity or other? Me too, and while Alba: A Wildlife Adventure does something similar, the scale is smaller, the pace slower. Or as its creator puts it, “this is a chillectathon”.

In fact, I believe the only ‘evil’ in Alba: A Wildlife Adventure is… mankind. Unless of course the Mediterranean island vacation Alba, its protagonist, finds herself on in this vacation-turned-mission-to-save-animals is just that for reasons entirely unrelated to human behavior. Hard to say, although I’d be very surprised if that’s actually the case. Either way, exploration is on the menu, and who knows – your dedication to helping those poor troubled animals just might evolve into, oh I don’t know, an urge to save the entire island! Eventually. No rush. Seriously, no time limit or similar nonsense.

A place you want to stay. We based this on our childhood summers and, well, we wish we could go back. This island is the next best thing

Oh, and you may want to consider recruiting just about everyone on the entire island. Everyone. Every last person. Including Alba’s grandfather, because with age comes knowledge. Or something along those lines. Need another reason? Well, he’s “a total bird nerd”. There ya go. Now go help everyone so they’ll feel that strong urge to immediately return the favor (because video game) and found the AIWRL, so you can, in turn, save the entire island. After saving the animals. And the world. Maybe not in that particular order. I’m sure you’ll work it out though.

Alba: A Wildlife Adventure is available on Steam ($16.99) and Apple Arcade.

Alba: a Wildlife Adventure - Gameplay Trailer
Facebook Twitter LinkedIn Pinterest Tumblr WhatsApp Telegram E-mail
Previous article Journey Through Surreal Dreamscapes in 'Shady Part of Me' With the Help of Your Shadow
Next article Get Your Game Making Feet Wet as MAGS January Goes "Under the Sea"