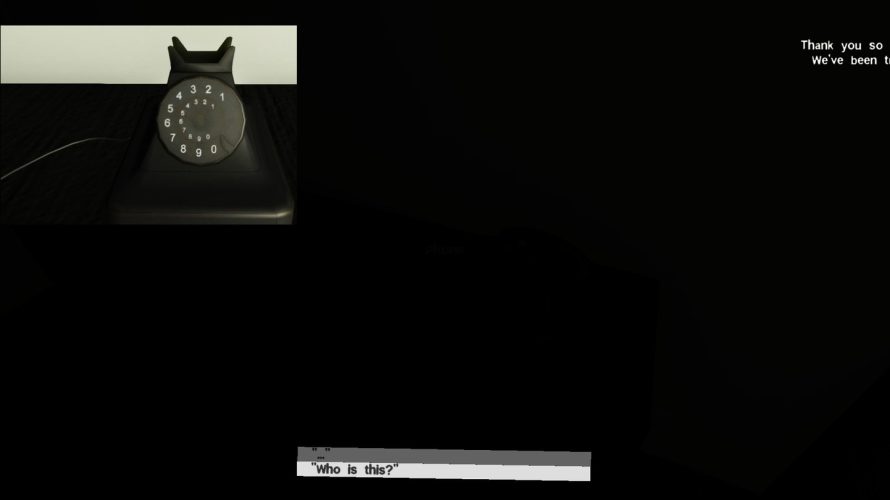 A shadowy figure, a ringing phone, and a protagonist seemingly suffering from amnesia. An odd cocktail, and one that seemingly makes up the foundation for Shadow and Dust, a tale which mixes first-person exploration with text-based interactive fiction, from the creator of Mars Underground. Are such details enough to interest you in this upcoming game? Maybe not. This is, after all, a… ghost story! Oh, now I have your attention, eh? Great. Let’s continue then.

While little information is available at the time of writing, one thing I do know is that Shadow and Dust will be “a deeply personal experience based on the author’s own nightmares”. As in, the most unsettling kind of ‘based on a true story’, without a doubt. Exactly what kind of nightmare we’re dealing with here remains a mystery, however, save for the fact that it will contain content revolving around suicide, mental illness, and depression. Horror game? Without a doubt. Too spooky? Time will tell.

“In that sleep of death what dreams may come.”

Nothing like quoting someone quoting Shakespeare, eh? Anyway, in the game’s description, its creator makes note of how “someone else is here” and that it will focus heavily on regret with choices that, far as I can tell, its protagonist wishes were, well, changeable. But such is life. You make your bed, then you lie in it. And in this case, the bed seems to be filled with demons of some sort. Whether metaphorical or real, well, that… remains to be seen.

Shadows and Dust will be on Steam… soon.